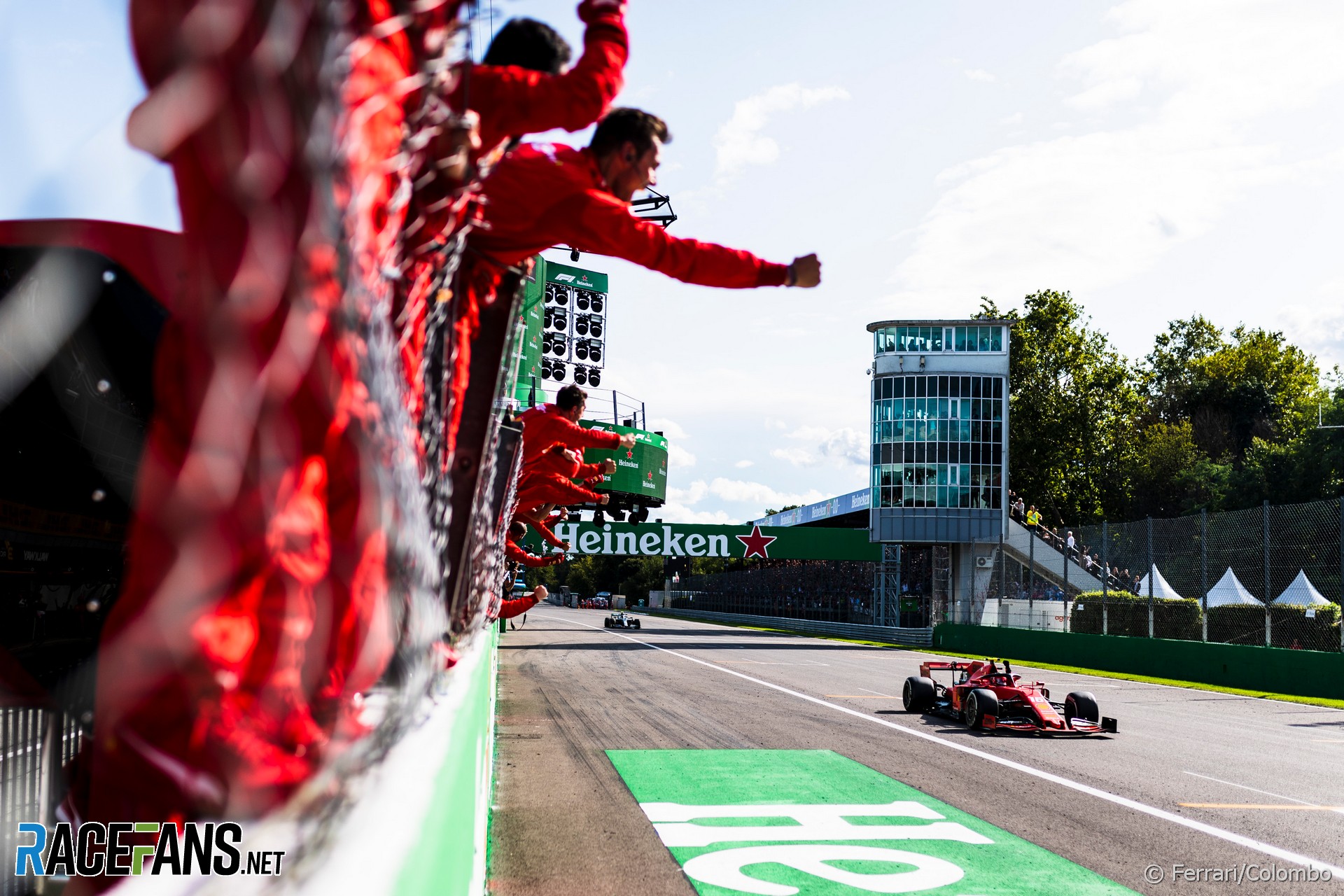 It is incredibly rare for Ferrari to give young talents like Charles Leclerc the chance to drive for them after just one season in Formula 1.

By the end of the year, no one could seriously doubt they had made the right decision. Though Sebastian Vettel, the four-times world champion who Leclerc thoroughly showed up during the course of 2019, may wish they hadn’t.

Ferrari began the year insisting Vettel was their lead driver and would be given preferential treatment in the case of any “50-50 situations” between the two. They may well have thought that was a situation which would not come up very often while Leclerc got his feet under the table. If so, that swiftly proved a misjudgement.

At the end of their very first race as team mates Leclerc reeled in Vettel, who had over-exerted his tyres. Leclerc, tellingly, asked the team if he was allowed to pass Vettel. Such was his speed advantage at this point it probably wouldn’t have been much of a fight, but he was told to stay put and obeyed.

The tension between two red cars vying for the same piece of track was replayed throughout the season, and the changing outcomes told a story. At the next round in Bahrain early in the race the team again told Leclerc to hold position behind Vettel, though only for a couple of laps. He didn’t waste any time, shot past his team mate and would have won his second start for the team if his power unit hadn’t faltered.

In China he was told to let Vettel through; he did, but the benefit was questionable. Later in the season when the time came for Vettel to yield to Leclerc, he wasn’t having any of it. Then in Brazil, Leclerc put a superb pass on Vettel, only for his team mate to come back and squeeze him until, inevitably, contact was made.

It was abundantly clear that Leclerc’s rise to prominence within Ferrari had rattled Vettel. The newcomer out-scored his team mate despite Ferrari squandering a litany of his opportunities, whether in Bahrain, Monaco (strategy error in qualifying), Mexico (strategy error in the race) or Singapore (another questionable strategy call).

In Singapore, Ferrari’s strategy swapped the running order of their drivers. This stood in sharp contrast to Mercedes’ actions in the same race, who went to considerable lengths to avoid inadvertently favouring one team mate through the timing of their pit stops. Did Ferrari’s decision reflect Leclerc’s inferior status at the team? Or was this payback for Leclerc failing to give Vettel the benefit of his slipstream as instructed to in Q3 at Monza?

Internal politicking aside, Leclerc’s improvements as a driver during 2019 were indisputable. He had been flying in Baku until he smashed his car up in Q2, which prompted a period of self-reflection from which he emerged with a fresh approach to qualifying, and duly out-qualified Vettel for nine races in a row (aided on two occasions by technical problems on Vettel’s car).

Similarly, after the summer break Leclerc raised his game in the races. Having thrown away a good result by crashing in Germany, and been overtaken by Vettel in Hungary, he finally delivered his long-threatened breakthrough.

It came courtesy of a classy performance on a horrible weekend for the championship at Spa. On the day after a crash claimed the life of his friend Anthoine Hubert, Leclerc saw off a late threat from Hamilton to become a grand prix winner.

He triumphed again under even fiercer pressure at Monza, showing real mettle in his wheel-to-wheel fight with Hamilton, the kind which might have helped him win in Austria, where he was mugged by Max Verstappen late in the race (the pair later sparred thrillingly at Silverstone). With better luck, Spa and Monza would have been the beginning of a four-race sweep of wins including Singapore and Russia – an unfortunately-timed Safety Car period cost him victory to Hamilton in Sochi.

Vettel put him under greater pressure over the following races, and at Suzuka Leclerc blundered, tipping Verstappen into a spin and spoiling his race. He led in Mexico, but Ferrari’s hasty call to put him on a two-stop strategy dropped him off the podium. He put one over Vettel in the season finale, cementing his place as the top Ferrari driver in the championships.

But for missed opportunities by the team and driver, Leclerc could have ended the year even higher up. Ferrari have good reason to be excited about what he could achieve next year.

What’s your verdict on Charles Leclerc’s 2019 season? Which drivers do you feel he performed better or worse than? Have your say in the comments.