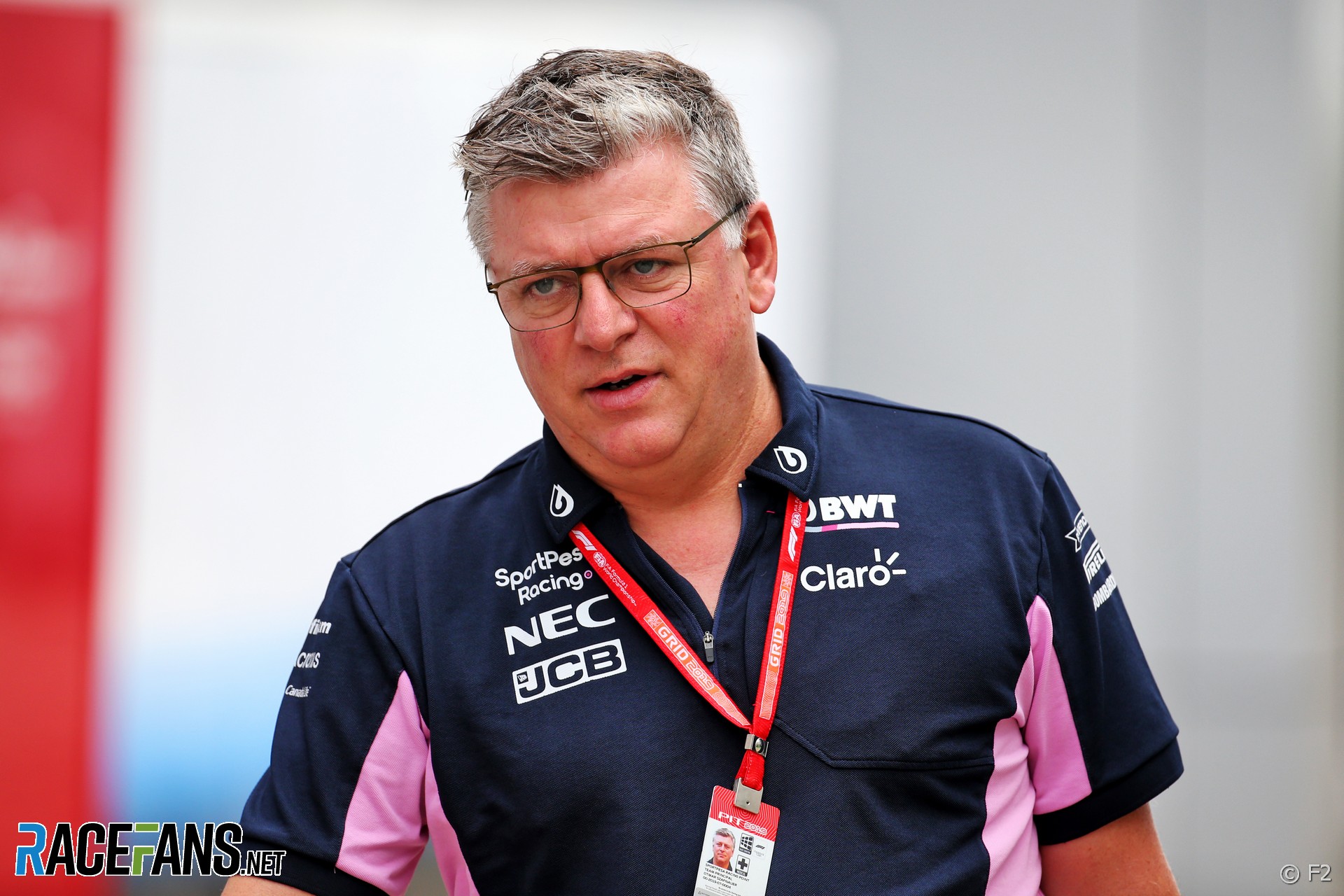 In the round-up: Racing Point CEO Otmar Szafnauer says he isn’t surprised by the difficulties the team had during 2019 because the development of its car was compromised.

Szafnauer was asked how well the team had developed its car throughout 2019:

Not as well as we usually do this year. It was very tight in the midfield.

[It’s] understandable, last year when we started developing the car we had big financial problems. That always manifests itself into performance the following year, six to 12 to 18 months down the line.

So I’m not overall surprised, but looking forward very encouraged and also encouraged by the fact that we learned a lot this year. And in trying years, tough years like this one, sometimes you learn more than in ones where it all comes to you.

I think our drivers have learned a lot to and the engineering team I think will be much stronger next year.

"I’ve never been as close to a team chief as I’ve been with him. For me, it was a big loss, a big change, because we were so close, and all of a sudden, when things like that stop, you have to get over that."

"Sometimes you can get away with a yellow card and then the other ref gives you a red, and you're like 'what was going on?'. It's exactly the same, I think, in Formula 1."

"Aston Martin has confirmed that it is reviewing its funding position and engaged in talks with potential investors, following a sharp share price drop."

"What are your thoughts on Formula 1's new owners? 'They are doing a good job. But we miss Bernie (Ecclestone).' "

"After working as one of Stroll’s race engineers once he was promoted to a Williams F1 seat, Baldisserri has now committed to being technical director for Jensen, which races in F3 Americas and United States Formula 4."

Hamilton - Global figure with massive influence beyond track (The Telegraph)

"Even in their own country, Rosberg and Vettel are such faint blips on the sporting radar that the German Grand Prix has been cancelled from next season. This leaves Hamilton as the one figure propping up the entire show, the one star whose retirement F1’s power brokers hardly dare contemplate."

We’re just over a year away from a budget cap being introduced, and some are still sceptical whether it can actually be enforced:

Call me a sceptic, well because I am one, but I cannot see how this can be policed.

In the case of Red Bull Racing, will Red Bull Technologies be subject to the FIA’s auditors? Ferrari? Mercedes?

F1 teams with large parent corporations, like Mercedes, Ferrari, Red Bull and possibly Renault, it will be so easy to slip a 10 million here and there. Have you ever known anyone in F1 not to exploit a loophole?
@JayMenon10

20 comments on “Racing Point “not surprised” by difficult 2019 campaign”