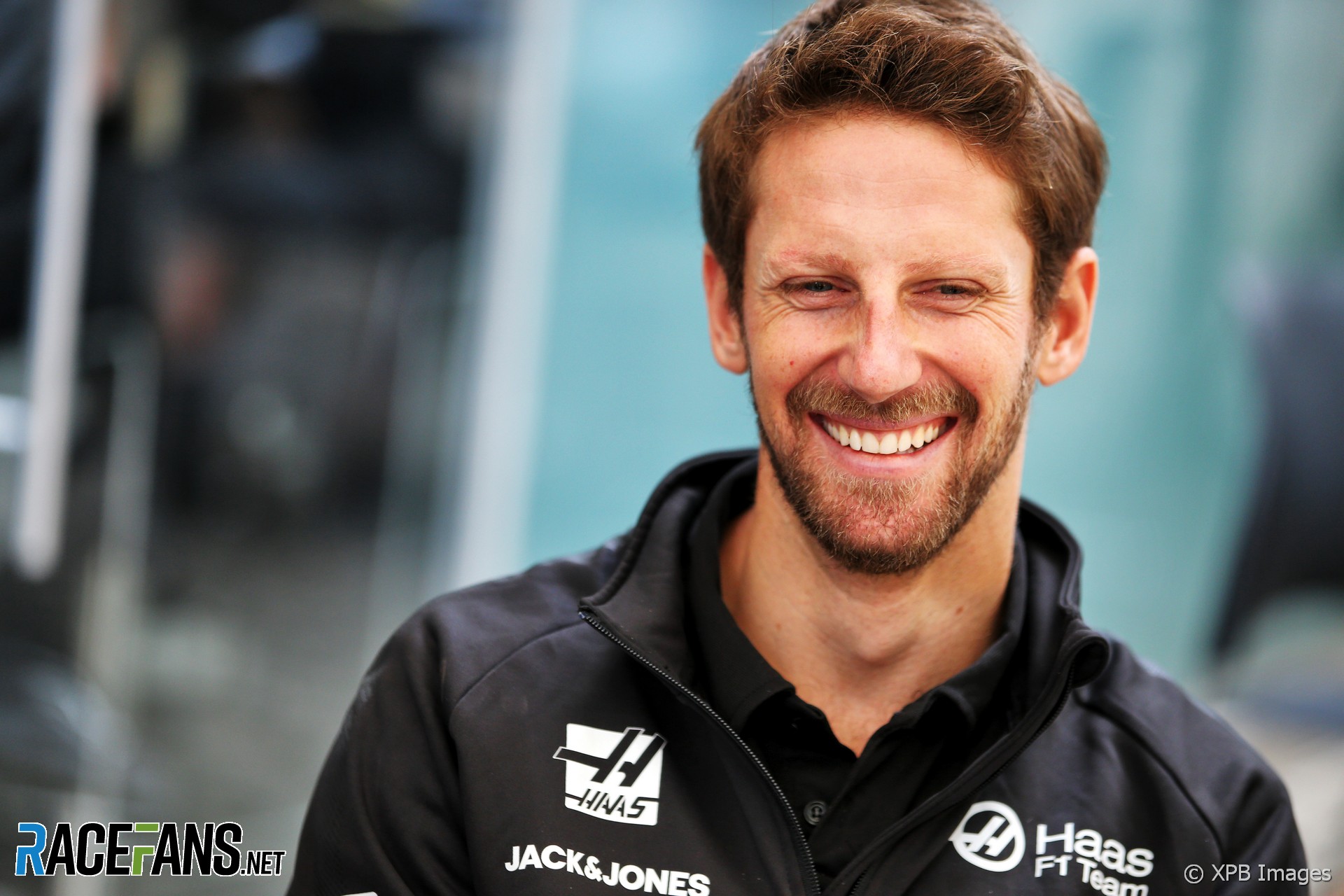 Romain Grosjean doesn’t deny the 2019 season was a bad one for him and the Haas team. Even taking his car’s weaknesses into consideration, 18th in the drivers’ championship ahead of the Williams pair was a huge disappointment.

But he made a valuable contribution to helping the team understand where it went wrong.

Ferrari weren’t the only team who left pre-season testing expecting they had a good year ahead of them. The VF-19 set impressive lap times around the Circuit de Catalunya during the winter as well. Haas never suspected they were about to slump from fifth in the constructors championship in 2018 to ninth, ahead of only Williams, who didn’t even manage to get their car to testing on time.

What was originally blamed – repeatedly – on the difficulties of making the VF-19 work with the latest Pirelli tyres turned out to be a more complex problem, as Grosjean explained.

“At the end I don’t think it was a tyre-related problem,” he said at the end of the season. “It was more just an aero characteristic of the car which means that on the new tyres we can live with it.

“[But] on the tyres that has got one lap already you lose the peak of the grip from the mechanicals and therefore we rely more on the characteristics of the car and that’s where it starts be an issue for us.”

His performance during the season therefore needs to be seen against that backdrop.

“I think in qualifying I could have done a better job,” Grosjean admitted. “The characteristic of the car with the characteristics of the 2019 tyres doesn’t really suit my driving style.

“You can always drive around [it] but it’s never as easy, as smooth as you would like. Hopefully the characteristic towards we’re working for the future will work better in that [respect].”

The team switched between different versions of its 2019 chassis on several occasions, making a direct comparison between Grosjean and team mate Kevin Magnussen tricky.

France was a major turning point. Grosjean, who had been unhappy with the car since an aerodynamic upgrade Haas introduced in Spain, retired early from the race to save mileage on parts. He came to a conclusion about the source of the team’s problems.

“Until Paul Ricard we thought was tyres,” he said. “Then in Paul Ricard after qualifying I said ‘look guys, it’s not tyre, it is the car, the characteristic of the car’. We’d been through every tyre temperature range, every characteristic, every possible circumstances we want to and he’s never been working on scrubs. So it’s not tyres.”

The Austrian round followed just one week later but for the following race at Silverstone Haas made a major change, bringing back their round one aerodynamic specification. Grosjean was much happier, at least until his race was ruined by a first-lap collision with Magnussen.

At the next round, Germany, Grosjean enjoyed his best qualifying result of the season. He believes his aptitude for car development served the team well at this point in the season.

“It’s been always my strength,” he said. “I’ve got a lot of weaknesses, but definitely developing the car has been one of my strengths.

“In 2014 [at Lotus] we had a terrible car and we worked really hard, and in 2015 we came back and actually had a decent car and took a podium and had some good finishes. So I think generally it’s always one of my strengths.

“Same thing with this team: 2017 was not so good but 2018 was much better. And this year it’s very clear from Barcelona onwards that I just didn’t want to run the new package, I felt it was less good. We could have probably saved some time if we had reverted back earlier to the other spec. But it’s always easy afterwards to say things.”

These problems notwithstanding, Grosjean was no stranger to Q3 and started inside the top 10 many times. But precious few of these were converted into points scores.

“I think in terms of race pace and racing itself, it’s been pretty good,” he said. “Even though when you’re 15th and 16th no one sees when you’re doing but I think in general the race has been my strong point.”

“The only place you can compare is with your team mate,” he added. However Grosjean accumulated far fewer of Haas’s points than Magnussen did.

As Grosjean suffered more retirements than any other driver (details below) he missed out on several opportunities to take points off his midfield rivals. These retirements were largely not of his own doing, even when collisions are taken into account. However he was only infrequently able to beat rivals from the likes of Renault, Toro Rosso and Racing Point.

“It’s been a tough season,” he admitted. “A total failure, disaster? No. A good season? No. A bad season, most likely, yes.”

However Grosjean feels he was able to “extract more than the maximum of the car most of the time” and is broadly positive about how 2019 went.

“If you put the pro and the cons there is more pro than cons. But the overall picture is not great because the car wasn’t great.”

36 comments on “‘I’ve got a lot of weaknesses, but developing the car is one of my strengths’”