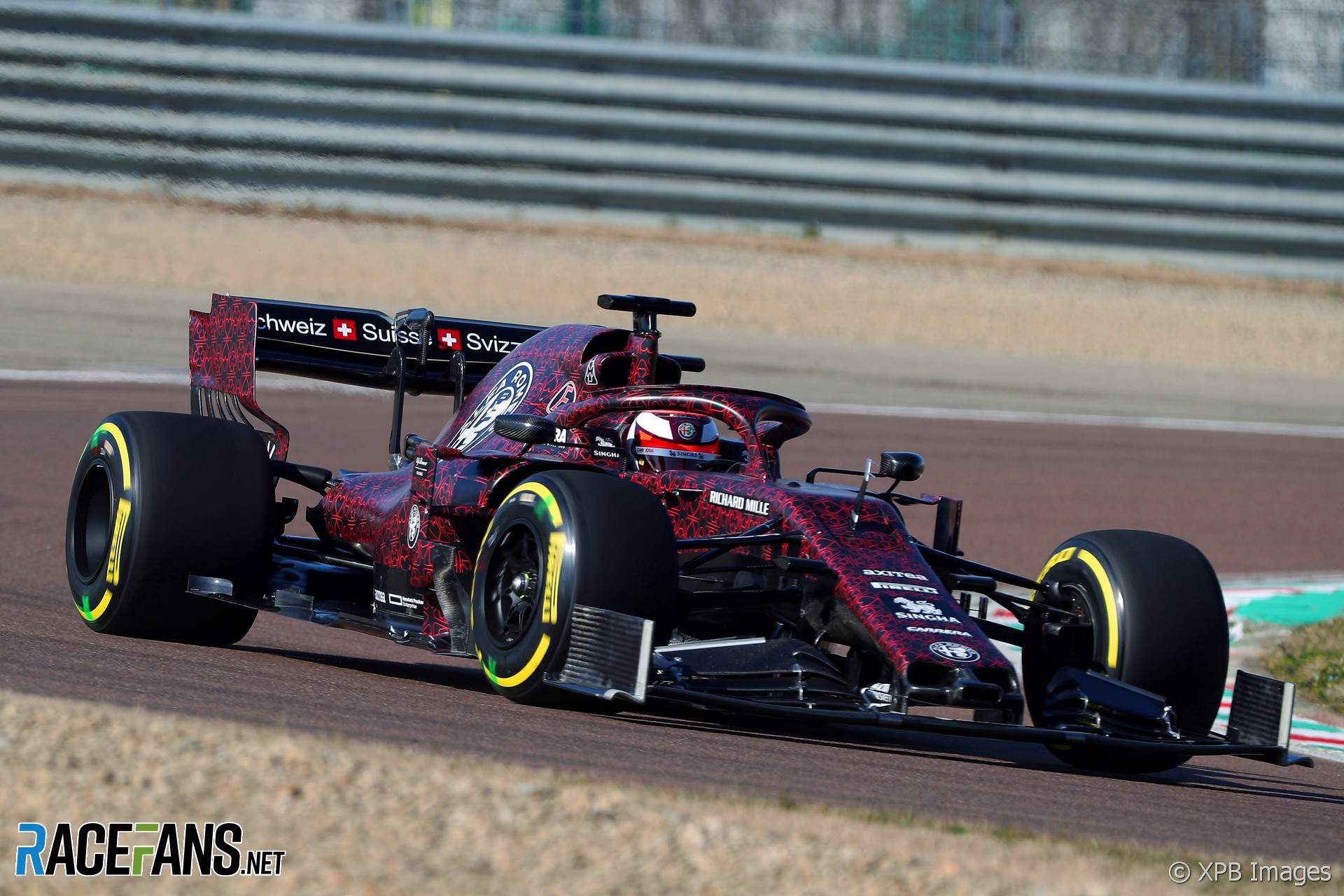 Alfa Romeo has confirmed it will launch its new car for the 2020 F1 season on the first day of testing.

[smr2020test]The Sauber-run team will wheel out its new car at 8:15am on the first day of pre-season testing, February 19th, at the Circuit de Catalunya in Spain.

RaceFans has also learned details of two other teams’ launch plans for the new season.

Williams will present their definitive 2020 livery two days before the start of testing, on February 17th, using last year’s car. The team also intends to reveal images of its 2020 chassis online the same day, and the car will be seen for the first time on the opening day of the test.

Having failed to complete their 2019 car in time for the start of testing last year, Williams are keen to avoid a repeat of the same 12 months on. The team has had some sponsor changes over the off-season which were reflected on the show car presented when they announced Roy Nissany as a test driver last week in Israel.

Haas will present their fifth Formula 1 car on day one of testing. The wraps will come off the new machine at 8am, one hour before the test begins. The team intends to reveal the first images of its new car online in early February.

The team are expected to revert to their pre-2019 colours of grey with a splash of red, having gone black-and-gold last year following their title sponsorship arrangement with Rich Energy, which was cancelled mid-season.

Six other teams have already confirmed their 2020 launch plans but Red Bull is yet to confirm when it will reveal its new RB16. Rumours suggest they are targeting a February 12th launch for the car, which would make Red Bull the second team to present their 2020 machine, after Ferrari.