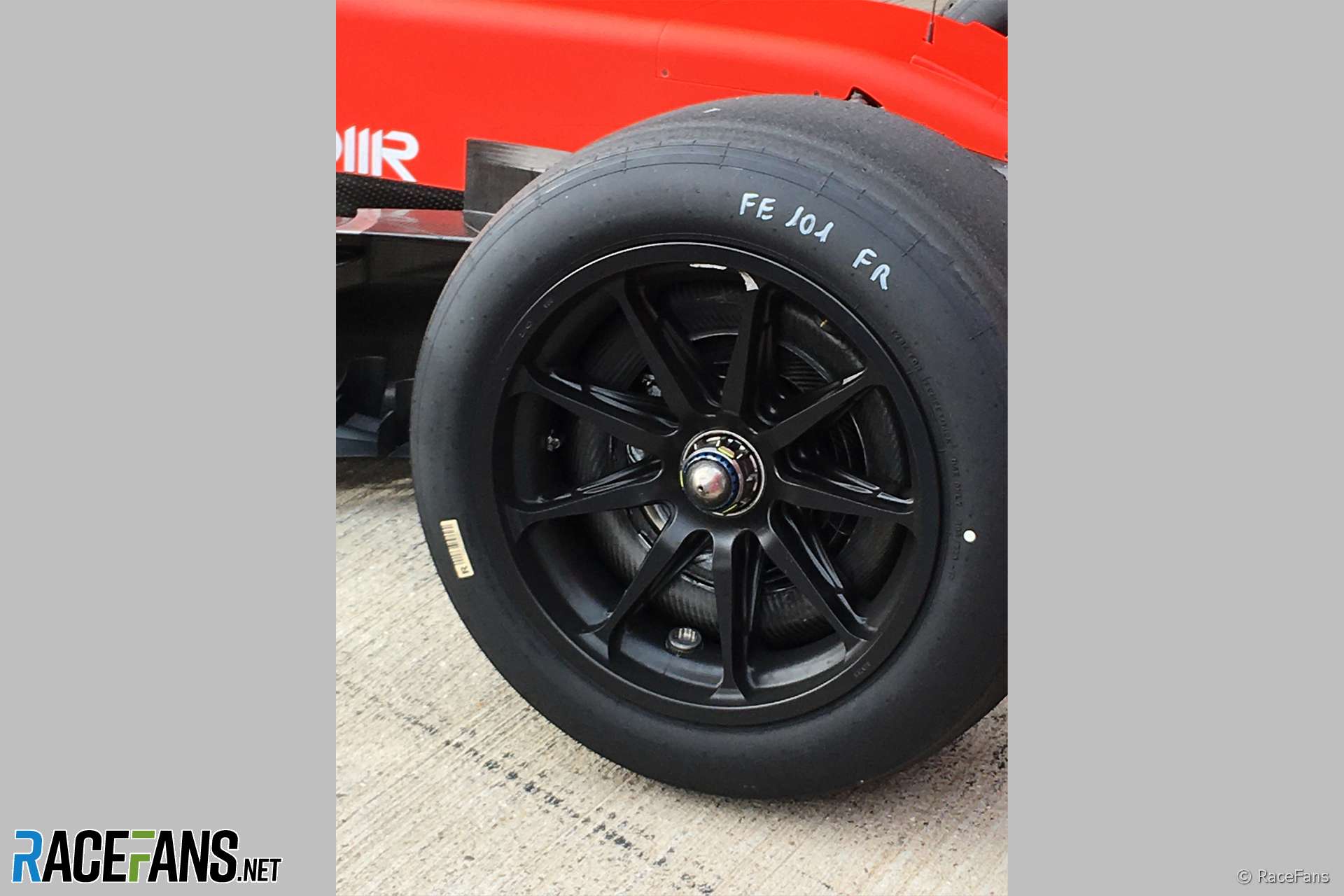 While Pirelli was forced to shelve a change in its tyre constructions for the 2020 F1 season, that will not be an option next year, when a new 18-inch tyre format replaces the current 13-inch rubber.

F1 has been stuck on the smaller tyre size for decades. So how is the sport preparing for such a fundamental change?

The matter was brought into sharp focus at the end of last week when Lewis Hamilton issued a sharp criticism of F1’s official tyre supplier. The six-time world champion urged the sport to consider an alternative to Pirelli if they do not deliver improvements he says drivers have been demanding for years.

“We just need to make sure that we always want to be working with the best technology, the best technology partners,” he said, adding, “I hope for 2021 that we have a better [performance] target and one that they’re able to meet or a manufacturer is able to meet.” Hamilton implication, that F1 should consider a switch to another brand, was clear, punctuated by him stressing “that’s a very, very important line that we need better tyres.”

Hamilton’s closing shot was a touch harsh. Being F1’s sole tyre supplier is a thankless task. Losing drivers invariably pin the blame on the tyre company. When the FIA last put the contract out to tender only one other company bid for it, and it did not appear to be a serious effort.

But F1’s new era next year will usher in a significant change on the tyre front, particularly with regard to carcass construction, suspension geometry and resistance to ‘kerbing’. Thus Pirelli, working in conjunction with the FIA and F1, has devised a rigorous action plan to ensure that the transition occurs as seamlessly as possible, particularly as the switch coincides with a sea-change on the chassis and sporting fronts.

Numerous variables which affect tyre performance are in play: A substantial increase in car weight, changes to weight distribution, plus revised aerodynamics including an element of ‘ground effect’. In addition, simulations and wind tunnel CFD runs will be greatly reduced, placing greater emphasis on getting it right first time.

The cornerstone of the action plan to submit Pirelli’s prototype 18-inch tyres is the use of “mule cars”. These are effectively 2019 (or earlier) cars adapted to provide projected 2021 levels of downforce and overall weight. Last October the FIA distributed technical directive TD040/19 which outlined the specifications for mule cars, which were in turn updated under TD005/20 issued earlier this year. Although voluntary, all teams signed up to the programme.

Car specifications are tightly controlled, with teams required to raise their mule by 30mm to cater for the larger diameter 18-inch wheels, with a ‘false’ floor reducing the ride height to prescribed levels, different front/rear wings providing anticipated 2021 downforce levels, and ballast taking the cars to an increased minimum weight limit of 775 kilograms, details of which were revealed here on Friday.

[smr2020test]Critically, steps have been taken to ensure teams do not glean vital information for 2021 from their suspension and braking systems. No testing of 2021 parts is permitted under the programme.

“All 10 teams accepted to make a mule car for us and test with a mule car,” Pirelli head of car racing Mario Isola told RaceFans in Barcelona. “But obviously there will be 10 different mule cars because they have to modify [an older car] according to some technical directives made by the FIA in order to make a car that is representative of next year’s car

“They have to modify the suspension in order to fit the new tyres and so on. That is also good because at least we can develop our tyre not on a single car and therefore having a product that is customised for that car, but we are going to test across the cars of all the teams.

Tests are being conducted between February and October, with all teams undertaking two days of dry running, and Ferrari and Red Bull undertaking a single wet test, and Mercedes committed to two days wet running.

Ferrari was first to get its mule car on track (pictured top). “The mule car project design is done, and the car has been produced and assembled,” team principal Mattia Binotto said on Friday. “We already tested early [8] February in Jerez. It’s only a matter of operations, going to race-tracks whatever we need to go for further testing.”

F1’s traditional post-season three-day test session in Abu Dhabi will be staged for mule cars only. Teams will be obliged to run a young driver on one or two of those days.

“We have all the 10 teams with the mule car, [and] we are going to test the three days with 18-inch tyres. Young driver or expert driver, it doesn’t matter. All the tests will be run on 18-inch tyres,” said Isola.

Having undertaken three tests during 2019 and with 55 ‘car days’ scheduled during 2020 – made up of 10 two-day dry tests and five single-day wet tests in addition to three days running with ten cars in Abu Dhabi – Pirelli and F1 should be better prepared than at any stage since the company re-entered F1 in 2011. Crucially, all 10 teams will have participated in the development of the tyres, so all concerns should be addressed equally.

Does that mean no more complaints on the tyre front? Don’t count on it. This is F1, which means only one winner per race and at least 19 drivers looking for something to blame.