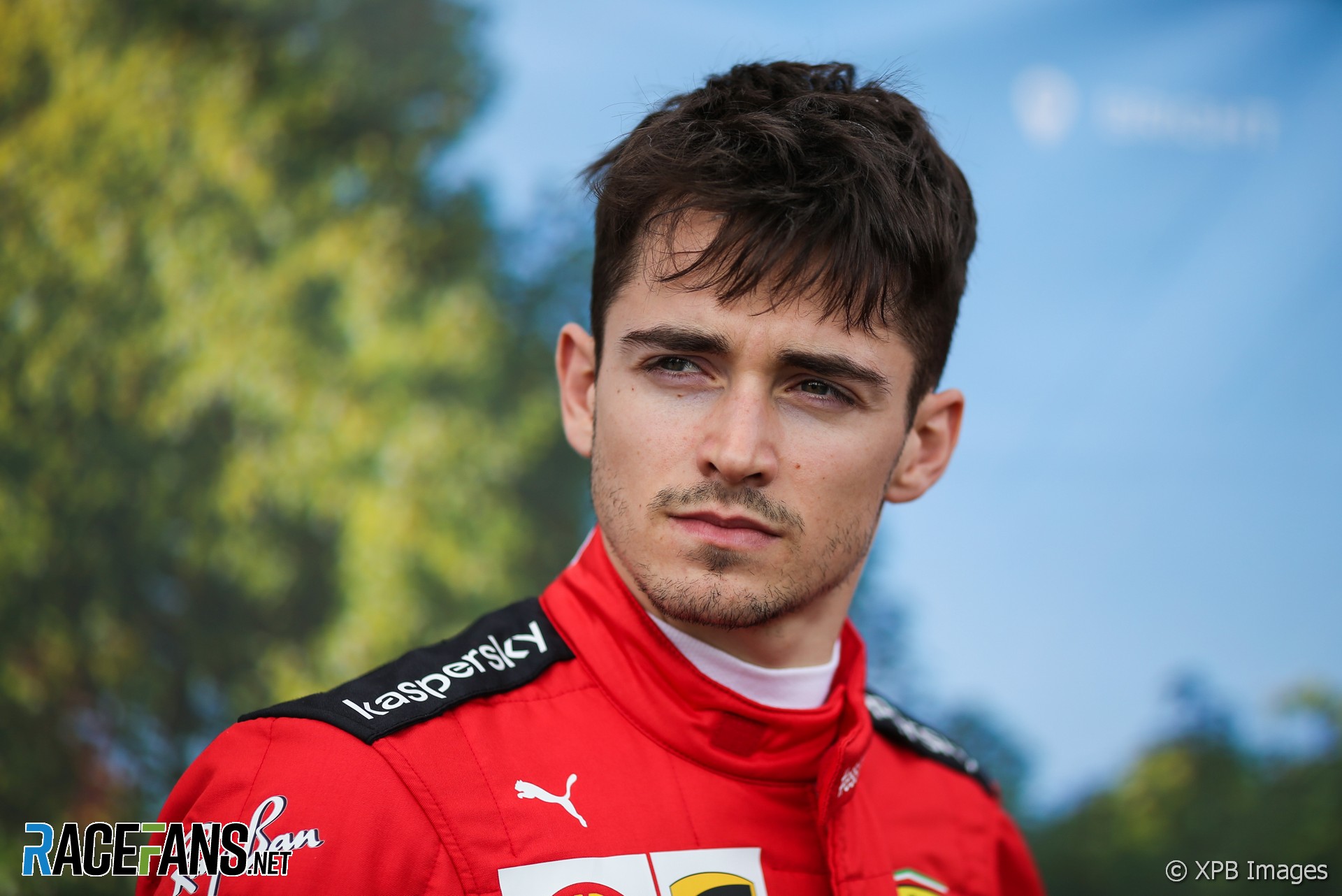 Lewis Hamilton had strong words to say about Formula 1’s plan to hold Sunday’s Australian Grand Prix despite the threat from the Coronavirus. But how do his fellow drivers see the situation?

Here are the views of Hamilton and many of his rivals on Thursday at Albert Park.

It will not be the right thing for me to comment as I’ve got no idea. I’m not the Italian president, I’m Pierre Gasly, AlphaTauri F1 driver. I don’t know what’s going to happen. For sure I think it’s not ideal.

There’s these concerns, there are thousands of concerns over what’s going to happen in the next few weeks and few months and I think for now we just need to do the best we can with what we have in Australia. In Bahrain there will be again a lot more stories there and we’ll have to do the best ways with the conditions we have.

But I think for now we can be all happy to be here and being these conditions and race this weekend. Our responsibility to make the best of it.
Pierre Gasly

First of all it is really, really good to be here and racing, most likely. I haven’t heard anything other than that and I’m not really an expert of the world situation. Obviously, we as a team, we get some updates and obviously there is many people monitoring everything.

For sure the safety of all the team personnel, all the fans, everyone involved here in these kind of events, is very important. And I’m sure that it is being taken care of and making sure and if there’s any further calls either made for this race weekend or others, I’m sure they are going to be then made for good reason.

So I don’t really know what else to say, except I’m just really keen to race and we’re here to race and if we are allowed to then of course I’m very happy for that.
Valtteri Bottas

I am really very, very surprised that we’re here. I think motorsport is… I think it’s great that we have races but for me it’s shocking that we’re all sitting in this room. So many fans are already here today and it seems like the rest of the world is reacting probably a little bit late but already this morning you’re seeing, with Trump shutting down the borders from Europe to the States, you’re seeing the NBA’s been suspended, yet Formula 1 continues to go on.

I don’t know: I saw Jackie Stewart this morning, you know, looking fit and healthy and well in the lift. Some people, as I walked into the paddock, some elderly individuals. It’s a concern, I think, for the people here. It’s quite a big circus that’s come here. So it’s definitely concerning for me.
Lewis Hamilton

We have less interactions with fans so far, with people in general here in paddock. But I think we’re all in good hands and everyone is controlling well the situation. So we feel protected and we feel like we are being given good advice on how to handle the situation.
Daniil Kvyat

It’s of course not great whatever is happening, of course, at the moment, but you just try to follow the guidelines. I’m not a doctor so I don’t really know, of course, how to handle that stuff. I just follow what people are telling me and that’s at the moment, I think the best we can do.

Yeah, I personally just try not to think about it too much. Of course, I’m hoping that everything will go through but it depends what people are going to decide, governments are going to decide. I think we just have to wait for that.
Max Verstappen

Obviously, I think on my side at least, it’s. I’m not in a position really to talk, but I know for a fact that Formula 1, FIA, the teams, they’re speaking a lot, trying to find a solution. I know they have a lot of experts trying to deal with the problem and we’ve got to trust them really. I think they’re the ones who know the situation better than us. And when it comes down to it, they will be they’ll be the ones making the right call. And I think we can all trust them on that.
Alexander Albon

I didn’t do any special preparation, on the other hand. I think inside Ferrari we are doing things quite a lot differently. And obviously we’ve been preparing for all of this to try and get been the best situation possible to control the situation as much as we can, even though we can’t.

But I personally trust the FIA for obviously they have a lot more information than I do about all of this and also the Australian government for putting these grand prix into places and for making it happen. So I trust the FIA and Australia for making this happen, and I hope it will be all fine.
Charles Leclerc

McLaren drivers Lando Norris and Carlos Sainz Jnr spoke before the team announced its withdrawal from the race:

We’re here racing so I guess the only thing we have to do is take a bit more… be on the safe side with everything, with hygiene and so on, and not do anything stupid and hug too many people or whatever. In the end of the day, it’s not that different. You just have to be a bit more on the safe side, which is what everyone is doing. But apart from that I think we’re here because we still believe we can still race and go along and do everything normally, but just with a few more precautions here or there, that’s all.
Lando Norris

I think the GPDA [Grand Prix Drivers’ Association] at the moment is relying a lot on the FIA, the governments of each country, and F1 to take the final decision or the important decisions. The GPDA, we are obviously concerned with the situation, but we are drivers and we don’t really understand what is exactly going on worldwide, or if it’s safe or not to do it in Australia or Vietnam or whatever. Unfortunately we are not medical people, we are not governments, we need to rely a bit on what the others tell us.
Carlos Sainz Jnr

It’s a tough question at the moment. Of course, I’m happy to be here. It’s been a lot of time that I wanted to be in this position and racing. So it is, of course, difficult, it’s a tragedy what’s happening at the moment.

But I do trust the FIA and what they are doing. I know they are capable people for health and safety for everyone. There’s been different rules that have been taking place. So we are taking precautions. Of course, it’s difficult to try and live normally for everybody but hopefully we are going to put on a great show and that’s going to make people forget for a bit. what’s going on.
Esteban Ocon

I don’t know if weirdest, obviously it’s different. But it’s sort of nothing to do with us, really, that it’s like this. I don’t know if it’s the right thing that we are here, probably not, but it’s not up to us, it’s not out decision. I think if it would be purely be all the teams’ decision we probably wouldn’t be here..
Kimi Raikkonen

Obviously for me, it being my first race in Formula 1, it definitely is a bit of a strange feeling to have it all starting like this but, again, me, nor any of us are qualified to really make that decision on if the race goes ahead or not. I mean, if the coming races, including this one, don’t end up going ahead, then just have a bit of a holiday I guess. There’s not really much more influence that I’m going to have on the decision. And, again, just following the advice of the professionals really.
Nicholas Latifi

From my side, I have to put my trust in the FIA and also, I think, we may all have opinions but at the end of the day I’m here to compete and race cars. I’m not really much more than that in this situation.
Daniel Ricciardo

28 comments on “Do F1’s drivers want to race despite Coronavirus? Here’s what they said”