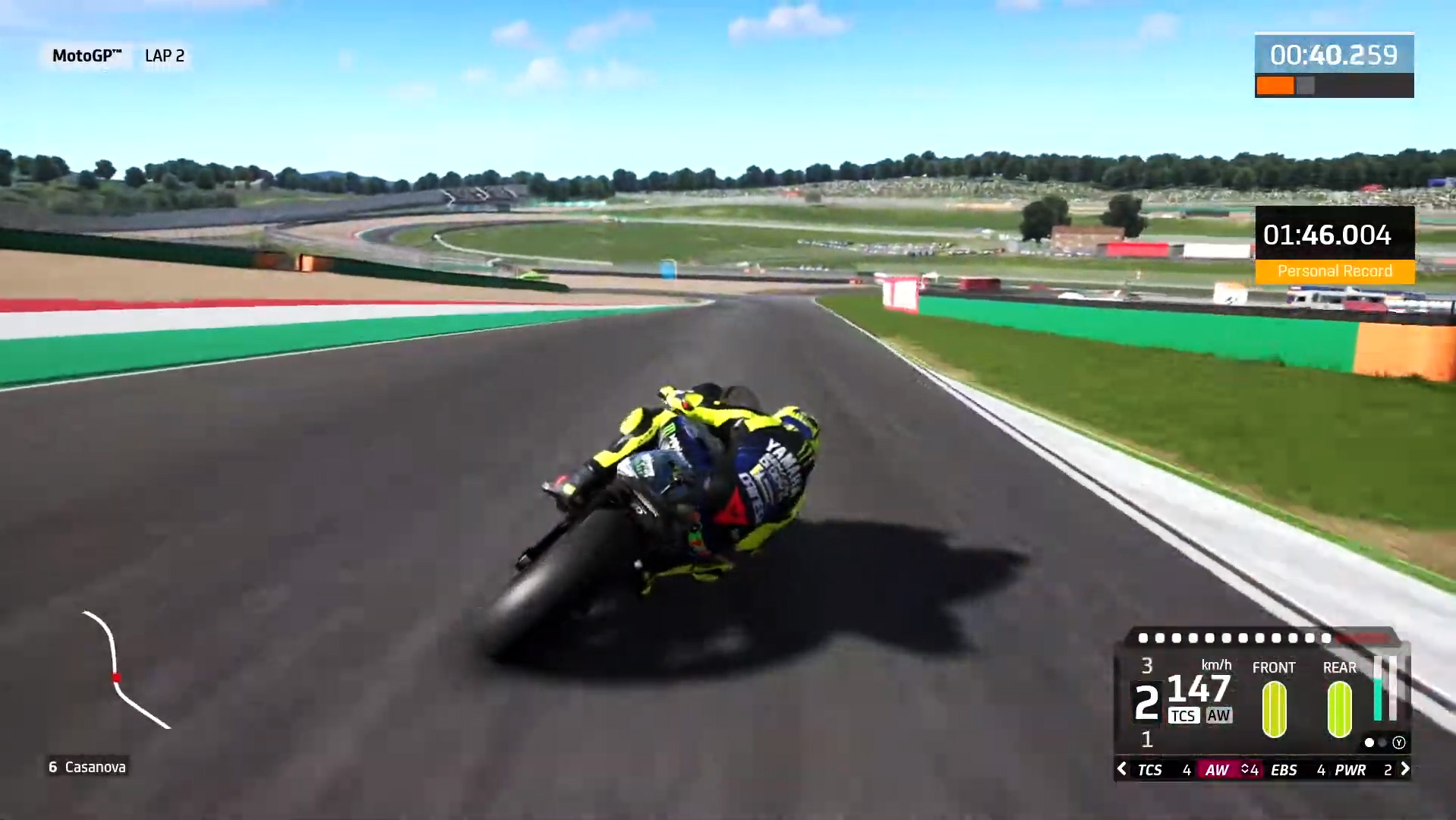 The new Moto GP season may have been postponed due to Coronavirus, but work is continuing on the championship’s virtual counterpart, which fans will be able to play next month.

The first footage from official video game Moto GP 20 has been released today. A poll of fans was conducted to decide which combination of rider, track and weather conditions should feature, and they overwhelmingly favoured seeing Valentino Rossi lapping Italy’s Mugello circuit in sunshine.

The game makers promise more realistic bike handling and a deeper strategic challenge in the 2020 edition of the game. Fuel consumption and tyre performance will be visible at-a-glance.

The braking mode has also been revised, the team say: “The development team worked hard to make substantial changes to the brake system, in order to make it more challenging, risky but also rewarding.”

The trend towards greater aerodynamic components on the bikes has also been modelled. Not only do they now feature on the bike, but the handling changes if they become damaged.

A managerial mode, in-season bike development, historical content and new bike editors have also been confirmed in the upcoming game.

Moto GP 20 is due to arrive for PlayStation 4, Xbox One, Windows PC, Google Stadia and Nintendo Switch on April 23rd (the latter won’t be available in the US until May 5th).