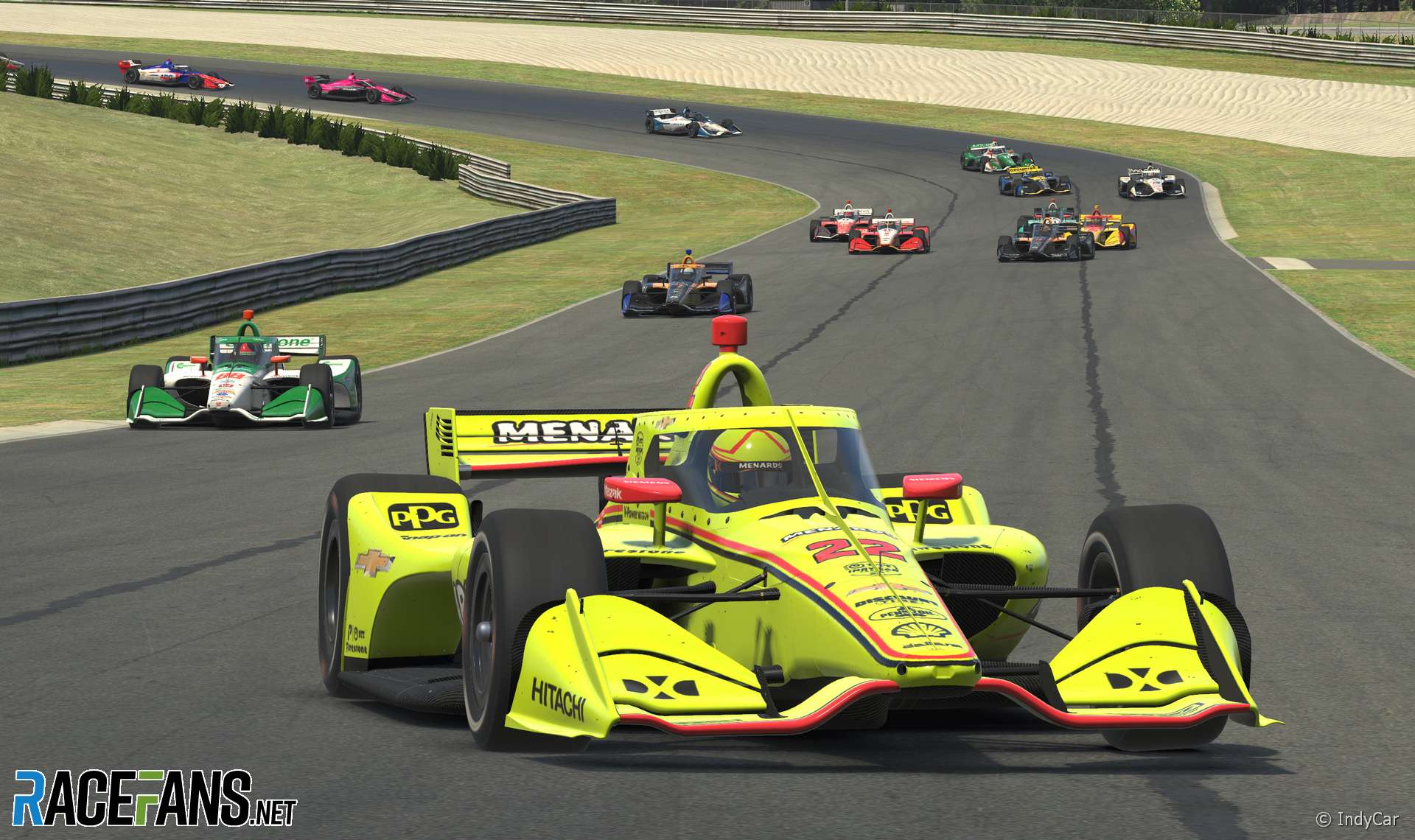 NASCAR star Dale Earnhardt Jnr will join the IndyCar iRacing Challenge this weekend as the series races on an oval for the first time.

The addition of 2012 IndyCar champion and 2014 Indianapolis 500 Ryan Hunter-Reay will further boost the field to a new high of 31 drivers for its race on the Michigan superspeedway on Saturday.

IndyCar confirmed the ‘competition caution’ it introduced for its second iRacing Challenge event at Barber Motorsport Park last week will not be used this weekend. The race is scheduled to run for 85 laps of the high-speed bowl.

A group of IndyCar drivers and other entrants participated in a practice session on the course on Thursday. Several high-speed crashes occured, leading many to predict an incident-packed race.

IndyCar has never raced on the track with its current generation of cars. Its last real-world race at the superspeedway in 2007 was won by Tony Kanaan, who will be on the virtual grid this weekend, and saw Dario Franchitti survive a spectacular high-speed crash when his car was launched into the air.