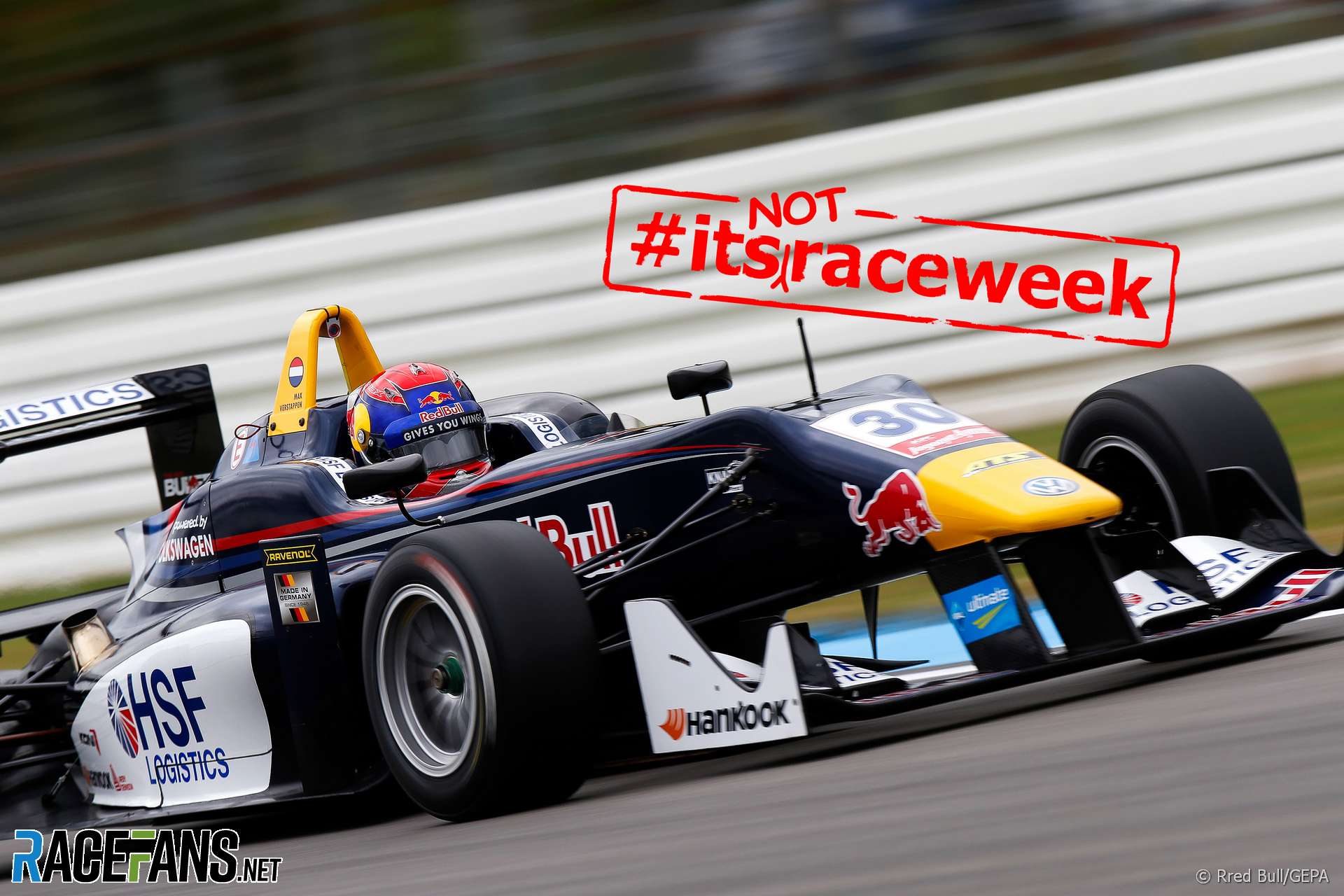 It’s not race week. And it’s not going to be race week for quite a while.

But many of us would still like to get our weekly motor racing fix. There is plenty of online racing going on, and while it can be terrifically entertaining, for some only the visceral thrill of real-world racing will do.

Formula 1 is running repeats of some of its past races. But many of these – such as the 2019 Italian Grand Prix it broadcast last Saturday – will be very familiar to readers of RaceFans. There’s not as much excitement in watching a race where you already know the outcome.

So we’ve raided the video archives in search of great races everyone should see but might have missed the first time around.

We’ll watch future stars making their names in junior series, astonishing races, thrilling passes and dramatic crashes. And while the days are devoid of racing for the foreseeable future, we’ll share plenty of great races we didn’t get time to watch when the weekends were packed.

Finally, to make sure those who haven’t seen the races can enjoy them to the maximum, we’ll present them in spoiler-free form, which background details on the build-up to each round, and any information which may give away the outcome hidden by default.

In our first choice, future F1 stars Max Verstappen, Esteban Ocon and Antonio Giovinazzi put on a show at Imola.

You only have to look at the entry list to know the 2014 European Formula Three season was a superb vintage. Future F1 stars Esteban Ocon, Antonio Giovinazzi and Nicholas Latifi shared a grid with a roster of top talents including Felix Rosenqvist, Lucas Auer, Antonio Fuoco, Tom Blomqvist and more.

From this stellar field an exceptionally exciting new talent had already grabbed a place in Formula 1: Max Verstappen. Mere days after his 17th birthday, Verstappen made his F1 practice session debut with Toro Rosso at the Japanese Grand Prix.

A freshly-minted Red Bull contract in his metaphorical back pocket, Verstappen still had two triple-header rounds of the F3 season left to complete and a mathematical chance of beating runaway points leader Ocon to the silverware. But his chances were hit hard in Germany where he was forced to change engines which, under the championship’s tough rules, meant taking 10-place grid penalties in three consecutive races.

That was a particularly tough sentence at Imola, scene of races 28-30 of the season, where passing was usually tough. Verstappen, who’d already attracted the ire of the stewards early in the season, was given a suspended one-race ban for tangling with Roy Nissany in the weekend’s opening race.

Heading into the second event, Verstappen had to take points off Ocon to keep his slim title hopes alive. But having beaten the field by three-tenths of a second in qualifying the Red Bull-backed driver was bumped back to 11th by his penalty, and Ocon promoted to the front row with pole sitter Blomqvist.

With the track still drying from earlier rain, Verstappen was about to produce the kind of drive which left no one in doubt Red Bull had spotted a future star. Enjoy the full race above.

What future races should we feature in It’s Not Race Week? Share your tips for great four-wheeled races we can enjoy (legally) online.