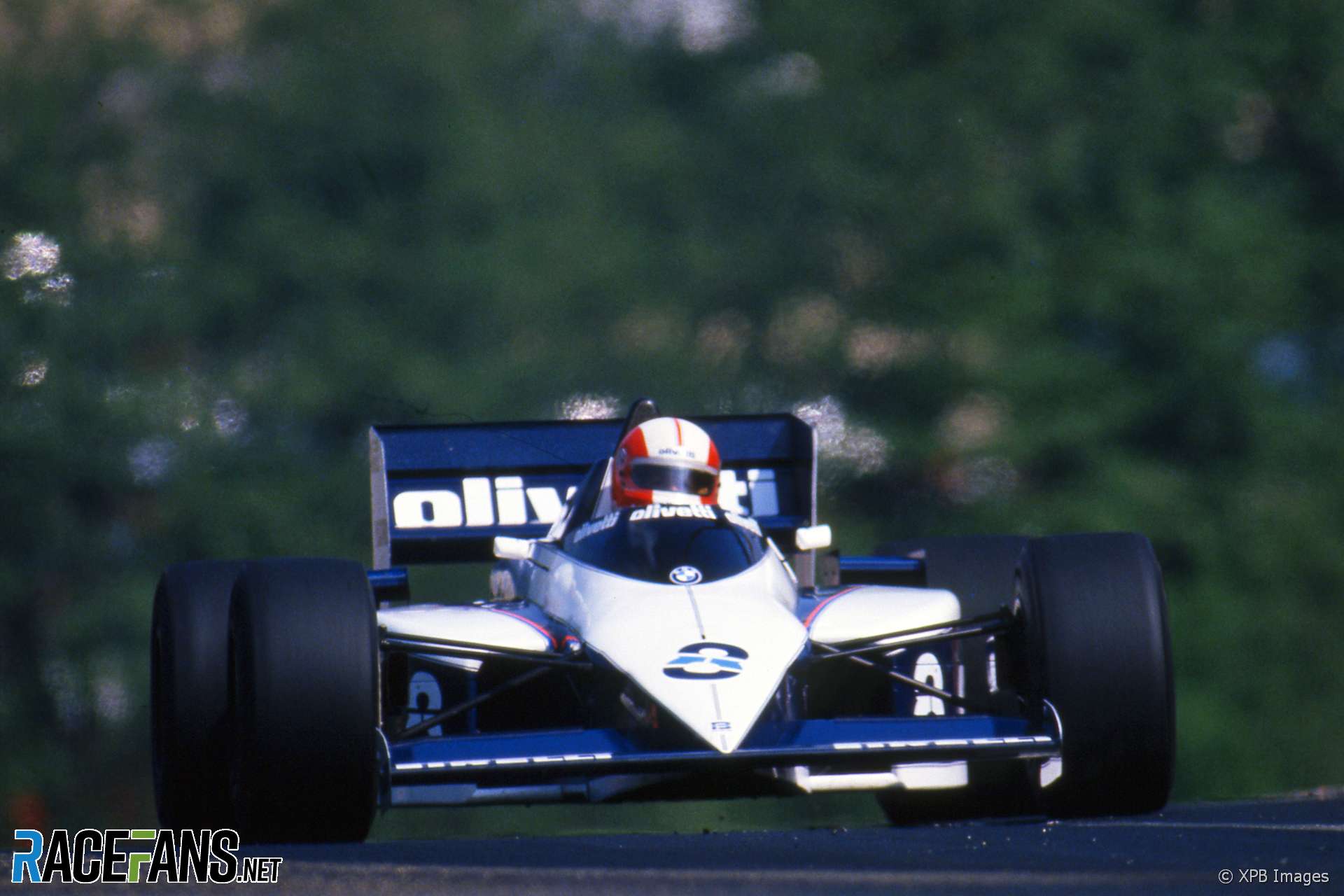 The current generation of Formula 1 cars are incredible machines.

They are faster around a lap than anything else the sport has ever seen. Their sophisticated turbo hybrids operate at a level of efficiency beyond ordinary road cars.

But in terms of pure brute power, today’s F1 engines remain in the shadow of the outrageous machines which prowled the world’s Formula 1 track three-and-a-half decades ago.

The technology at the time of F1’s ‘turbo era’ was positively prehistoric compared to today. And engineers were bound far more loosely by the regulations and restrictions on spending were practically unheard of. This made for spectacular results.

A telling comparison between then and now can be seen in the teams’ approach to qualifying. While engines needed to be tuned down for races to improve reliability, their full power of the turbo engines could be unleashed for a single qualifying lap qualifying, just as today’s 1.6-litre V6 hybrid turbos are.

Today power units are built to last at least seven races, and special performance modes are activated for qualifying runs. But 35 years ago, for manufacturer-backed teams with money and hardware to burn, qualifying meant fitting an engine for just one lap of total power with explosive results – often literally.

Only a tiny handful of drivers got to experience Formula 1’s mind-bending performance peak. One of them was Marc Surer, who spent 1985 driving Brabham’s BT54 with its potent four-cylinder BMW turbo, which had already taken Nelson Piquet to the first world championship for a turbo-powered driver. He described the experience to RaceFans recently. ‘Refined’ and ‘drive-able’ were not words which figured prominently in the conversation…

“A Formula 1 engine without a turbo had 150 horsepower,” he explained. “Like a stock from a road car, it was 1.5 litres. This was a small engine with no power.”

The turbo boosted that output to around 850bhp in race trim. Its power delivery curve was more like a vertical line – “nothing or all”, as Surer put it.

Like the flick of a light switch. Albeit one where the bulb flashes on after a few seconds’ delay, for chronic lag was another of the turbo’s shortcomings. This led Surer and his contemporaries develop highly unusual driving styles.

“When you go into the corner, you go off the brakes and full on the throttle, going into the corner, to build up the [turbo] pressure,” Surer explained. “And then going out of the corner suddenly the power wants to come.

“In this moment you have to go back otherwise you spin. You back off the throttle because suddenly you had too much power. So it was a very strange driving style.

“Of course you finally adapt to it. But I think the most difficult car to drive was the turbo from BMW.” Unsurprisingly, he described trying to do the same in wet conditions as a “disaster”.

If this sounds hard enough in race trim, for qualifying runs the engine would be “turned up to the limit” of maximum performance. It could withstand this treatment for a single lap – at most – “and then the engine was dead.”

“If you had to abandon the lap you could not do another one,” said Surer. “The engine was gone. They throw the engine away after that.

“For qualifying you lined up the last time out to qualify at maximum – I think it was six-bar – boost.”

Surer only learned the true performance of the BMW turbos from Paul Rosche, before the engine designer passed away in 2016. “Paul Rosche told me years later, when I said ‘we had about 1,200 horsepower’ he said ‘Marc, I have to tell you, it was 1,400…”

Fully unleashed, the engine produced levels of power that the chassis of the time struggled to contain.

“With the full power you have wheel spin up to fourth gear,” grinned Surer. “And then in fifth and sixth you started to go. And then the straight was finished! So you always wanted longer straights.

“It was an impressive feeling. I’m sure it is like you sit on a rocket going to the moon, it must be the same feeling. On the straight it was going like hell. And it was the moment that you put fifth gear when you finally could floor all the power and was accelerating… this experience was unbelievable.”

Marc Surer was speaking to RaceFans for an upcoming edition of My F1 Cars. Don’t miss the full-length feature coming soon.

Last week’s guest for My F1 Cars was Karun Chandhok. Watch an extended version of RaceFans’ interview with much more insight from him on our YouTube channel:

My F1 Cars is part of a new series of articles we are running throughout the hiatus. To help RaceFans produce more great original articles – and to browse the site ad-free – please consider becoming a RaceFans Supporter.

29 comments on ““We had wheelspin in fourth gear”: How to drive the most powerful F1 car ever”