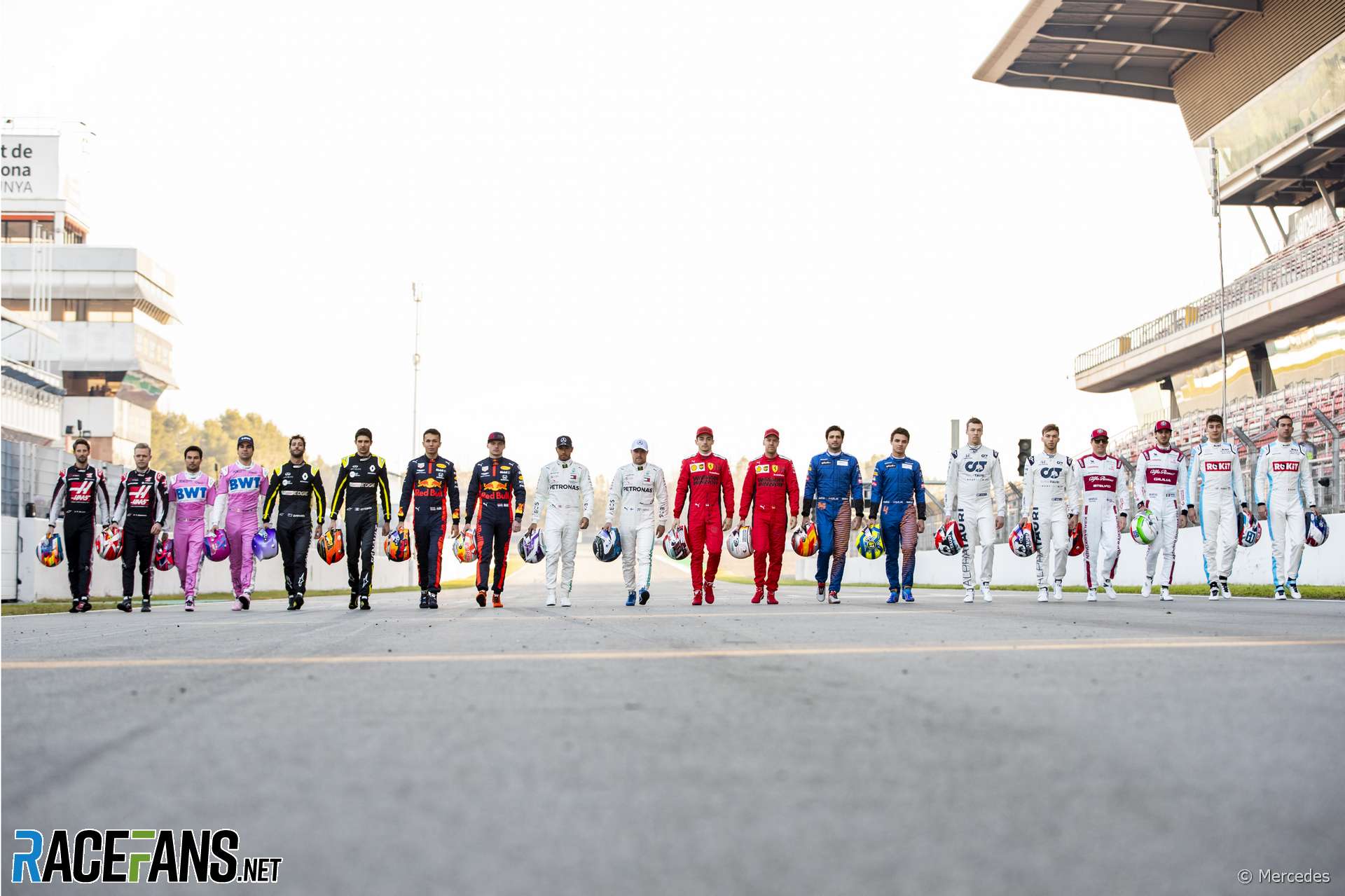 Formula 1 isn’t the only championship which has turned to virtual racing to keep fans entertained during the hiatus. IndyCar, NASCAR, Formula E and more have set up their own simracing leagues.

But F1 hasn’t been able to lure as many of its current drivers into the competition as its rival series have. While IndyCar had 31 of its (much larger) current driver roster competing last weekend, F1 attracted just seven out of its 20 regulars.

Why haven’t more joined in? Which ones could we see on the grid soon? Here’s what the teams told RaceFans.

Neither of Mercedes’ real-world drivers have turned up for any of the three races so far. The team say they are satisfied with the job reserve drivers Stoffel Vandoorne and Esteban Gutierrez are doing so far, and are open to bringing Hamilton and Bottas in if they can, but there’s no indication yet that will happen.

Bottas was a much more active simracer earlier in his career, specialising in Live for Speed. Hamilton has co-operated with Polyphony Digital on Gran Turismo Sport and appears in the latest version of the game.

Leclerc now has as many virtual grand prix wins as he does real-world F1 victories, having won both rounds since he joined the series. And he may be joined by his team mate in the near future.

“I didn’t have a simulator until a couple of days ago,” said Vettel last week. “So I have not been tempted because I didn’t have the chance. But I have heard a lot of things about it, so I thought I might get one and try. I need to still set it up properly.

“I’m not going to foresee a career in simracing, I think it’s more something to try for fun. I grew up with some of the stuff and I’ve been playing some games but to be honest also since I had kids, it’s not the first thing on my list to do. I will see how much how much time there will be. I have read some of the news that some have been racing and I’ve also read that Charles did will on his debut so that was good for him.”

Max Verstappen dashed hopes that a full grid of F1 drivers might join the series by making it clear on more than one occasion he will “never” join the Virtual Grands Prix. “I don’t play that game and I would have to adapt to it,” he said last month.

However Alexander Albon has appeared for Red Bull and put in a good showing, chasing his former GP3 team mate and title rival Leclerc home on Sunday.

One of only two teams which have got both their drivers on the virtual grid. Lando Norris has been involved in the competition since the start, while Carlos Sainz Jnr joined for the first time last weekend. He had to acquire a PC in order to do so, as he only had a PlayStation 4 before.

Norris’s participation has been beset by internet connection problems, however, and he failed to join in Sunday’s race at all.

Neither Renault driver has joined the series yet and that doesn’t seem likely to change. The team is running a mixture of its academy drivers (top 2019 Formula 2 rookie Guanyu Zhou won the first virtual grand prix) and guests of the team’s sponsors such as golfer Ian Poulter, ambassador of new title sponsor DP World.

Esteban Ocon has been participating in online Gran Turismo events, however.

AlphaTauri is another team which hasn’t had either of its drivers on the grid so far. The team told RaceFans Daniil Kvyat does not want to participate in the series while Dubai-based Pierre Gasly does not have access to a suitable PC he can use. They ran Red Bull Junior Team driver Liam Lawson last weekend alongside footballer Ciro Immobile.

Again, Racing Point’s two drivers are yet to join a Virtual Grand Prix. The team say they are in discussions over how to get Sergio Perez and Lance Stroll into the series, and while they have some logistical problems to overcome, they hope it will happen “soon”.

Antonio Giovinazzi joined the Virtual Grand Prix series at the second round and finished fifth, but was sidelined by technical problems last weekend.

However Alfa Romeo say Kimi Raikkonen does not have his simracing equipment with him at his current location, and won’t be joining the series for the foreseeable future.

Expect to see Romain Grosjean joining a Virtual Grand Prix soon, possibly next weekend. He has recently acquired a simracing rig and is keen to join in. However the same can’t be said for Kevin Magnussen, who has ruled out participating.

A round of applause for Williams, which was the first team to get both its drivers into the series. With car performance levels set to equal in the series, George Russell was able to his competitive streak last weekend, vehemently arguing against a penalty which cost him a front-row start before aggressively fighting his way through the field.

Video: Which F1 drivers will – and won’t – join the Virtual GPs?

Which F1 drivers do you most want to see in a Virtual Grand Prix? And who should replace those who won’t join in? Have your say in the comments.

14 comments on “Can F1 get close to a full grid of drivers for its Virtual Grands Prix?”