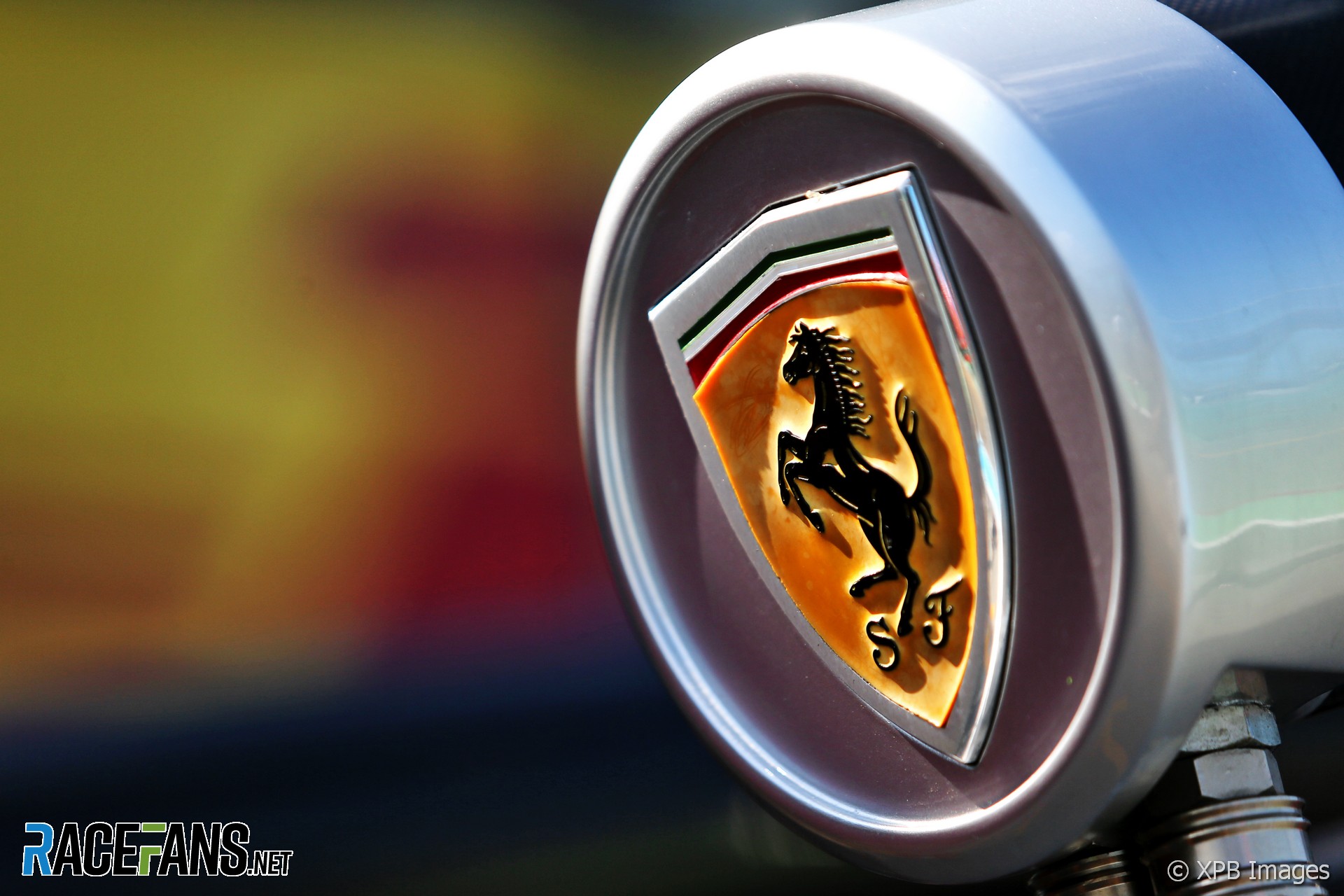 In any given Formula 1 political struggle one the party at the centre of the skirmish is almost certain to be Ferrari.

It was ever thus. From the very first world championship Formula 1 grand prix race in Silverstone in 1950 – which Ferrari did not enter after a dispute with the organisers over money (!) – to the most recent race, in Abu Dhabi last year, where the team was fined over a controversial fuel weight irregularity.

Even at Melbourne’s non-event last month questions over Ferrari’s power unit remained uppermost in the minds of many, until global events derailed what should have been the first race of the year. Since then battle continues to rage over cost reduction measures needed to sustain the smaller teams through F1’s enforced lockdown.

For better or for worse, Ferrari is at the heart of F1. It could be argued that Ferrari has been in F1 for 70 years (of its 90 in motorsport) simply because it won most of its many battles and that others dropped out due to lengthy losing streaks on- and off-track. But that tells only part of the story: Ferrari survived where the likes of Cooper, Brabham and Lotus folded, and well-funded corporates such as Toyota fled without winning a single race.

To place Ferrari’s competition record in perspective, consider: To date the team has won a record-setting 238 grands prix, scored 770 podiums (including wins) from 991 starts, and claimed 16 constructors’ championships.

Equally remarkable is that Ferrari’s closest challenger in F1’s longevity stakes, namely McLaren, is a whole 16 seasons younger. Next up is Williams of today, born in 1977 although the team has a number of predecessors. The rest are under 30, with some being relative teenagers (and occasionally acting like it, too).

Yet the most recent championship win for a Ferrari driver came in 2007 – one year before McLaren’s (when Ferrari took its last constructors’ title). Since the new millennium, Mercedes has powered cars to eight championships whereas prancing horse-power scored just six titles in the same period. Nonetheless, Ferrari holds sway on the fiscal front – annually pulling more in bonuses than any other team despite this record.

The team also enjoys veto rights over F1’s regulations, a situation slated to continue after current contracts (are set to) expire at the end of 2020, unless the current situation delays the renewal process. Ferrari also holds a seat by right on the FIA World Motor Sport Council, albeit only when F1 matters are discussed. Thus, it could be claimed that Ferrari wields more power over F1 than do either the governing body or commercial rights holder Liberty.

Ferrari, now 90 years old, has a legendary seven-decade F1 pedigree, serial on-track accomplishments, considerable experience and unequalled regulatory powers on its side. However its trump card remains a Machiavellian ruthlessness with which it has (mostly) played F1’s political battles to perfection. That, simply put, is why it has survived this long in an activity where the mortality rate among teams is around 90%.

Whenever crucial issues are pushed to the brink, Ferrari threatens to either trigger its veto or exit the sport. These threats may then be delivered directly, tacitly, via covert media briefings or simply remain in the background, but they are omnipresent, and in 70 years they have served Ferrari well as its preferred means of firing a shot across the sport’s bows. The harder the fight, the tougher these threats.

Indeed, the veto was originally awarded after just one threat in the early eighties, as covered here previously.

The lengths Ferrari has gone to deliver such ultimatums extend from missing races (in the years before contracts required teams to participate in all rounds) through entering non-scarlet cars via proxy teams (ditto) to building and parading a complete bespoke IndyCar project, bristling with innovations, which it had no intention of racing. That Type 637 now resides in the Maranello museum, a monument to how strong a hand Ferrari can play.

However, the mere fact that Ferrari has not yet walked despite many such threats over ages is down to a single factor: Formula 1 is too important to Ferrari as a marketing and image tool. Its pedigree is what sets it apart from the likes of Lamborghini (which shares parts with sister Volkswagen Group brands where feasible), Porsche (ditto) and from minor upstarts such as Koenigsegg and Pagani.

Moreover, for Ferrari, F1 represents arguably the most cost-effective marketing platform that any hotshot marketeer could conceive for any product occupying any niche on earth: The brand actually gets (exceedingly well) paid to parade itself as a luxury goods (not motor vehicle) manufacturer on a globally televised stage!

Ferrari’s latest sustainability reports states “Formula 1 racing allows us to promote and market our brand and technology to a global audience without resorting to traditional advertising activities, therefore preserving the aura of exclusivity around our brand and limiting the marketing costs that we, as a company operating in the luxury industry, would otherwise incur.”

The prancing stallion was recently voted the world’s most powerful brand with a value of almost $10bn by Brand Finance. It is rated ‘AAA+’ by the same organisation alongside brands such as Rolex, Disney, Coca-Cola, and – wait for it – Red Bull. The latter has also achieved that status via its F1 campaign, defeating Ferrari for four straight years in 2010-13.

That said, Red Bull is active outside of motorsport, and could continue to build its brand away from F1. Ferrari is not, and is therefore wholly dependent upon strutting its stuff on television every fortnight during the season. Take away F1, and Ferrari will eventually be reduced to paying for image with resultant impact on the bottom line through a double whammy effect: Loss of F1 association and marketing costs.

Ferrari carefully plays a waiting list game in each of the 60 markets it is active in. Its 160 dealers restrict sales to 10,000 units globally per year (although there are plans to increase this to 1,000 per year), resulting in average waiting lists of up to two years (even to priority customers), and double that for specific models. Clients feel privileged for being permitted to buy a Maranello product.

So successfully has Ferrari played this game that its share price moved much less compared to related markets as the pandemic hit: In mid-February, Ferrari’s RACE share traded a sliver under $180; last week it closed at $160 per share (down 11%). Contrast this with F1’s FWONK on equivalent dates: $46 versus $25 (down 45%) or Mercedes (DAI.DE) at $43 versus $29 (down 32%). In the same period McLaren raised $300 million from shareholders.

A recent industry survey by Fiat Group World, an unofficial site specialising in insider information on the Italian motor industry, found that Ferrari nets as much profit from a single car as does BMW, the next most profitable company, from 30. In a year Ferrari effectively earns as much from its total sales as does the Bavarian company, also a luxury brand, from 300,000, or one-sixth of its annual production.

Yet Ferrari employs 4,300 heads (during normal times) – of which around 1,200 are estimated to be employed by Gestione Sportiva, the F1 department. BMW boasts a payroll of 134,000, per their figures.

Ferrari’s latest financial figures show profits before taxes of €875m ($950m) off a 2019 turnover of €3.7bn (a rise of 10% over 2018). That equates to around double its annual F1 budget, which in any event washes its own face via sponsorship, performance revenues and those exorbitant $100m bonuses as outlined.

However, Ferrari’s participation in F1 is not only marketing-led. Its financial report stated: “Participation in the Formula 1 world championship with Scuderia Ferrari is an important source of technological innovation, which is then transferred or adapted into our road cars.”

“In particular the group incurs significant research and development costs through the Formula 1 racing activities,” it continued. “These costs are considered fundamental to the development of the sports and street car models and prototypes. The model for the Formula 1 racing activities continually evolves and as such these costs are expensed [sic] as incurred.”

All this has engendered a ‘Ferrari First’ attitude – even if on-track results do not always deliver on that ideal. Thus, in any argument, the company has invariably put its own interests ahead of those of the sport, even if it has shrewdly positioned itself as being the generous party. For that it cannot be blamed, either: as a listed company its first responsibility is to its shareholders, then to its employees, then outside factors.

This means it is fundamentally intransigent during F1’s current crisis talks, primarily as it can afford to be and thus sees no reason to drop well below the budget cap figure that was agreed before the pathogen so severely hit the world and the sport. Effectively, even if half its customers cancelled orders, production schedules would still be overloaded for the next year and a bit; other brands would close their doors.

Clearly, Ferrari is inextricably intertwined with F1, relying on the sport as much for a transferable technical innovation as it does for a free marketing platform – provided its results are such that it is not embarrassed by a score of nimbler independents, all of whom survive by taking on the red giant. F1 would soon lose its appeal to Ferrari were the team to drop down the order, as could well be the case with a level playing field.

Hence it is arguing vociferously against major reductions to a spending cap of $175m (with exclusions which potentially permit spending to $250m) which is due to be introduced in 2021. This is a 30% reduction on its current budget, and reducing the base cap to $125m (or less) as independent teams are calling for in these times of crisis would reduce that to 50% – with commensurate headcount reductions.

Ferrari argues that its commercial model cannot be compared to those of other teams – which is true, but the company evolved its own modus operandi on commercial and technical grounds – and that it is more difficult to retrench staff in Italy than in the rest of Europe (or the world) were a lower cap to be enforced. True again, but one cannot expect a global sport to bend to the will of individual business models.

There is, of course, another flaw in this logic: were Ferrari to exit F1 as it so oft threatened, what would be the fate of those 1,200 heads? Keep them on the payroll ad infinitum rather than retrench them due to the so-called laws? Absorb them into the main company? Surely whatever their fate then could well be applied at present.

Equally, were F1 to fold as a sport – and it currently faces the gravest crisis in its 70-year history, for this time the control factors are well outside its influence – what then? Keep a thousand idle employees on the payroll? The answer is pretty clear.

Where once it could be said what was good for ‘Ferrari First’ was good for F1 and vice-versa, the changed global order means that is certainly no longer the case. The fact is that Covid-19 has changed F1 beyond all recognition, and the sport is adapting accordingly – save for Ferrari, which is trotting out the same lines of what it cannot do, rather than being part of the solution.

Possibly shareholders should realise that lower costs equate to greater profits – all things being equal. Possibly that is Ferrari’s biggest fear: Equality in sport…