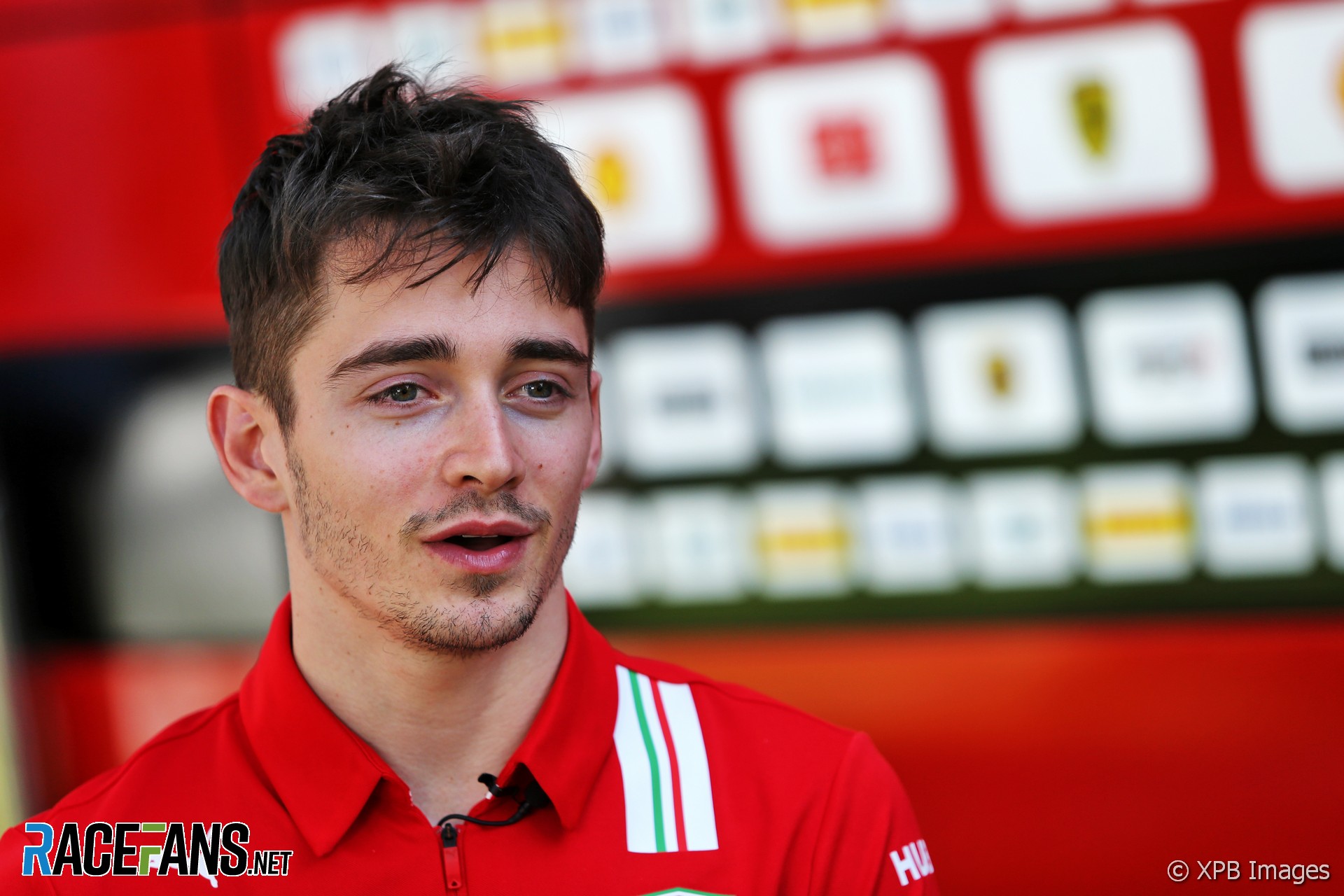 Charles Leclerc is very keen on the idea of racing Formula 1 circuits in reverse, which he says would force drivers to completely re-learn the circuits.

Silverstone managing director Stuart Pringle said earlier this month he was open to the idea of holding a reverse-track race if needed in order to run more than one F1 round at the circuit this year.

Speaking in a press conference on Wednesday, Leclerc mentioned he had heard about the suggestion. “I’ve seen something about doing races the other way around,” he said. “That will be very, very cool, that will be good. I think we’ll all rediscover the track and it will probably be very different also car-wise. So this will be an interesting idea.”

Leclerc said he had some experience of driving tracks in reverse from his karting days.

“I think we’ll definitely have to re-learn the track completely from from scratch,” he said. “I’ve done this in karting too, to do one track in one way and then do it the other way. And from my experience, you are just rediscovering another track and it’s definitely like you will race on a new track. So it will make things exciting because the drivers with experience maybe will have a bit less knowledge about this track and everyone will start on a more par level.”

However he doubts the change would affect the competitive order in F1.

“It will not change things significantly,” he said. “I’m pretty sure Lewis [Hamilton] will still be the favourite.

While there are major practical obstacles to reversing the direction of circuits, the possibility F1 could race more than once at the same circuit remains. Leclerc said this could give some teams an advantage, but it should still be considered in order to increase the number of races F1 can hold this year.

“I think you can always argue the fairness” he said. “But at the end we mostly need to look at the situation and try to make the most out of the situation.

10 comments on “Racing tracks in reverse is a “very, very cool” idea – Leclerc”