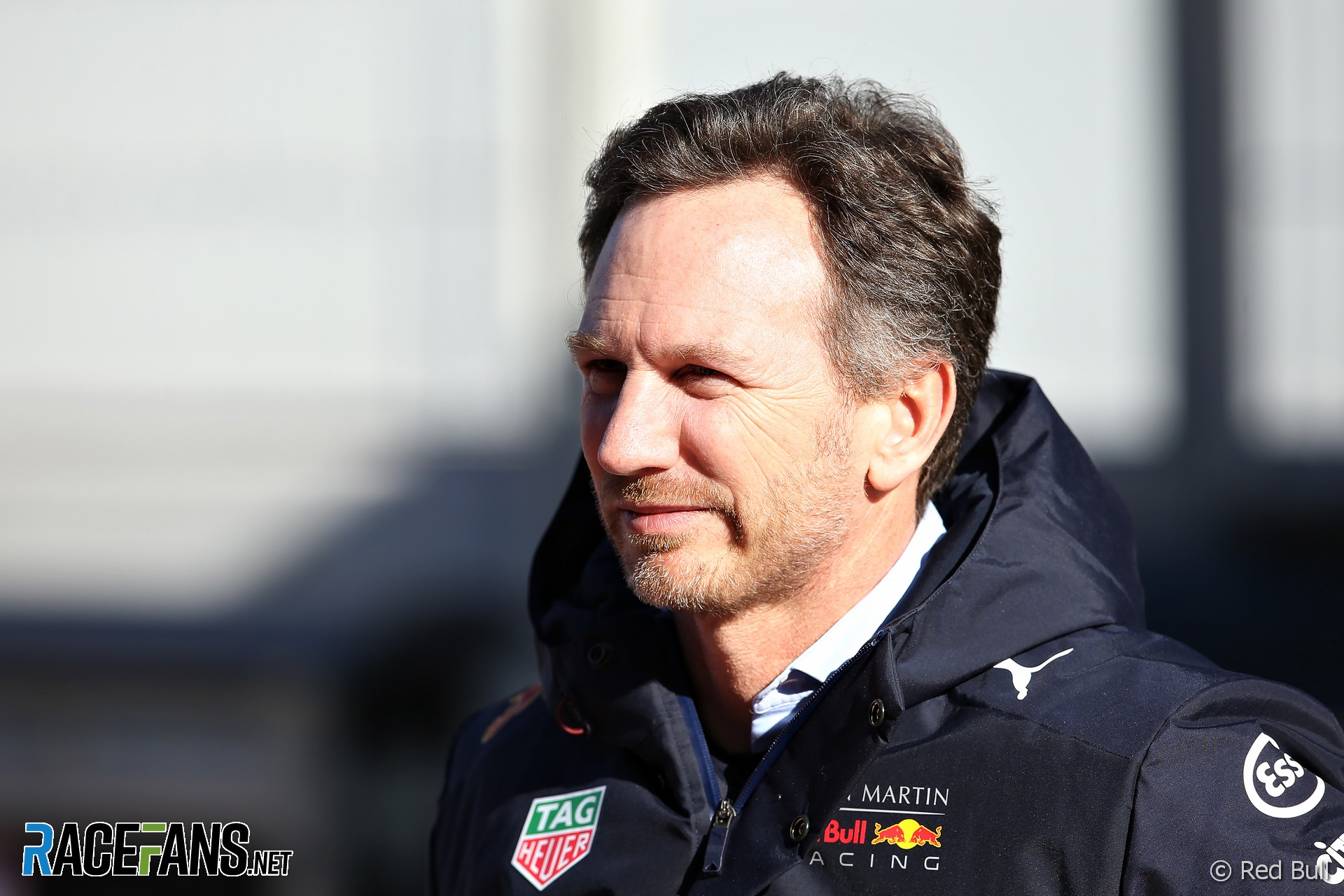 Red Bull team principal Christian Horner is still frustrated over the private settlement Ferrari reached with the FIA over its power unit.

He also criticised attempts by rival teams to further reduce the budget cap which is due for introduction next year and said the FIA will not be able to enforce it.

Speaking to The Telegraph, Horner said the FIA’s deal with Ferrari “has left a bad taste in people’s mouths”.

The FIA began investigating Ferrari’s power unit last year. The sport’s governing body introduced changes to the regulations as a result of its investigations, but agreed not to reveal what Ferrari had been doing.

“The hardest thing to deal with is the lack of transparency,” said Horner.

Formula 1 team principals are due to hold another video conference this week for further discussions on potential changes to the 2021 budget cap in order to eases the final pressures on some teams.

McLaren Racing CEO Zak Brown has argued strongly in favour of lowering the $175 million cap to $100 million. But Horner described some calls for a low cap as “opportunism” and cast doubt on whether any kind of budget cap can be enforced.

“Everybody’s cloth is cut differently and in this business, everybody will spend what they can afford,” he said. “It’s like a balloon: if you squeeze it, the air will go somewhere else.

“It’s a false economy, the cap, and it will be impossible to police, because every corporate entity is different. Ferrari report one set of accounts for their entire business, across road cars and F1. How on earth are you going to unpick that?