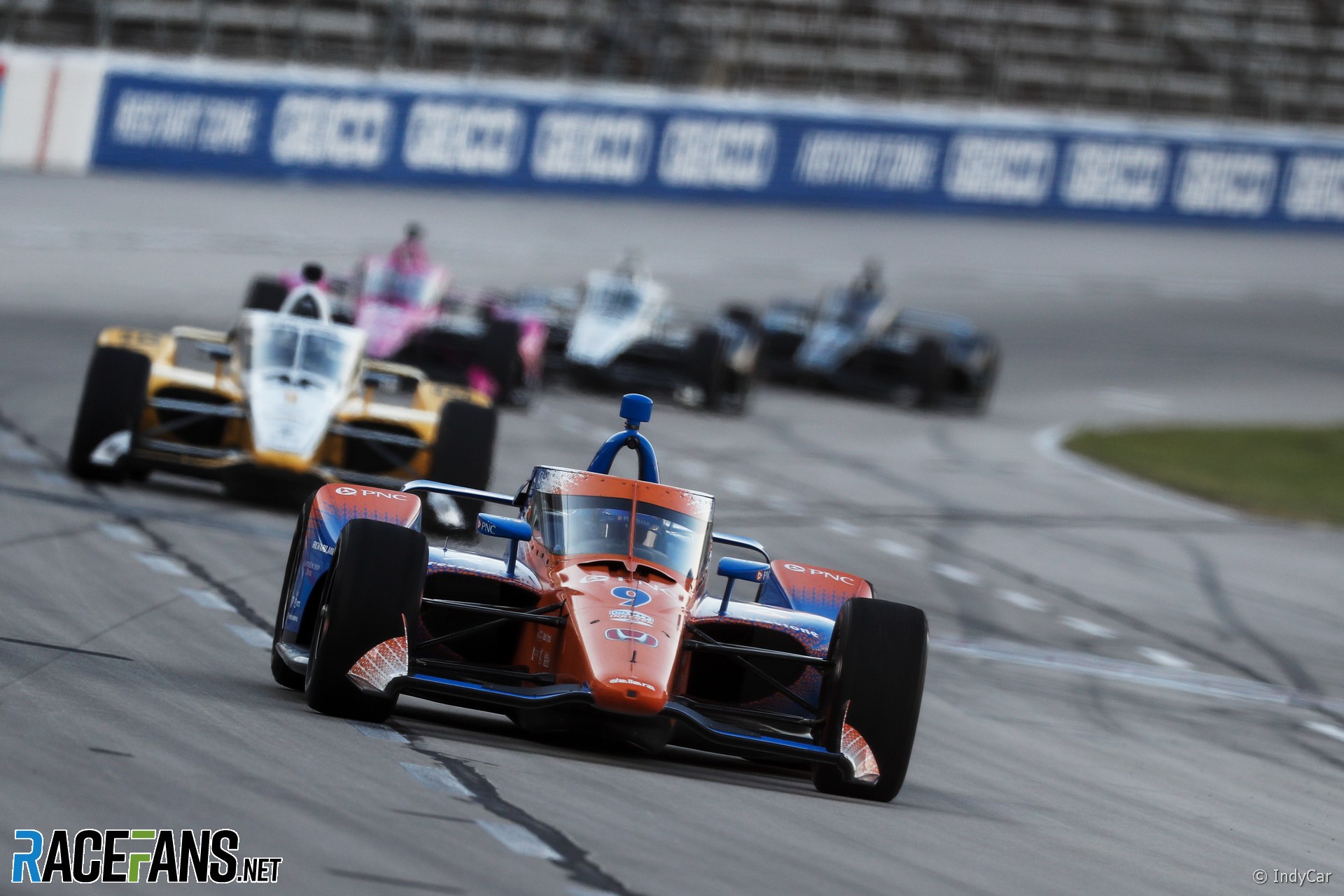 Yesterday’s 200-lap race at the Texas Motor Speedway marked the debut for the new safety screen which the championship developed in conjunction with Red Bull Technologies.

Josef Newgarden, who took pole position for the race, described how the team had changed their set-up compared to last year. He said his car didn’t feel as “stuck” to the road as last year even with a high downforce set-up on his car in superspeedway trim.

“[Running] max downforce was a lot harder this year than it was last year,” he said after qualifying. “Part of that is the Aeroscreen, it has more weight.

“Mechanically it’s a little more difficult to drive with more weight up higher, higher [centre of gravity], forward weight distribution. Also the shaping of the Aeroscreen, it does have a very small downforce loss.”

“The tyres are reacting differently with the weight,” he added. “Not just having more weight but having the weight forward. It’s actually a very big shift for the tyres.”

IndyCar ran several pre-season tests with the screen to reduce any impact on the drivers’ vision.

“Other than the handling differences, I didn’t notice the screen, to be quite honest with you,” said Newgarden. “You can take that as a very good thing. I didn’t notice it.

“It felt like a normal IndyCar race to me. I didn’t notice a big difference to last year. The handling is different in the car, but as far as the driver’s experience, I don’t even [notice] the thing anymore. It’s crazy how good of a job they’ve done with the ducting. The visibility was fine. I had zero issues with it from that standpoint.

“[But it’s a] very different animal to drive. Mechanically you had to work with it a lot.”

Newgarden’s team mate Simon Pagenaud felt his car has “changed dramatically” compared to last year and the teams had little time to react with practice, qualifying and the race all taking place on the same day.

“Obviously today, one day, [it] wasn’t very easy to do that,” he said, “It was good to have a whole race and be able to figure out what we need to do for the future going forward.

But same as Josef, you just feel it’s safe. You feel like if anything happens, your face is protected. That’s awesome. That’s awesome to see that IndyCar has made such a leap forward in safety. Personally, I’m very thankful that we’re in that era with Josef and the others.

Obviously, safety is big. We go very high speeds. Things can get safer, it’s pretty awesome. That is a big positive.