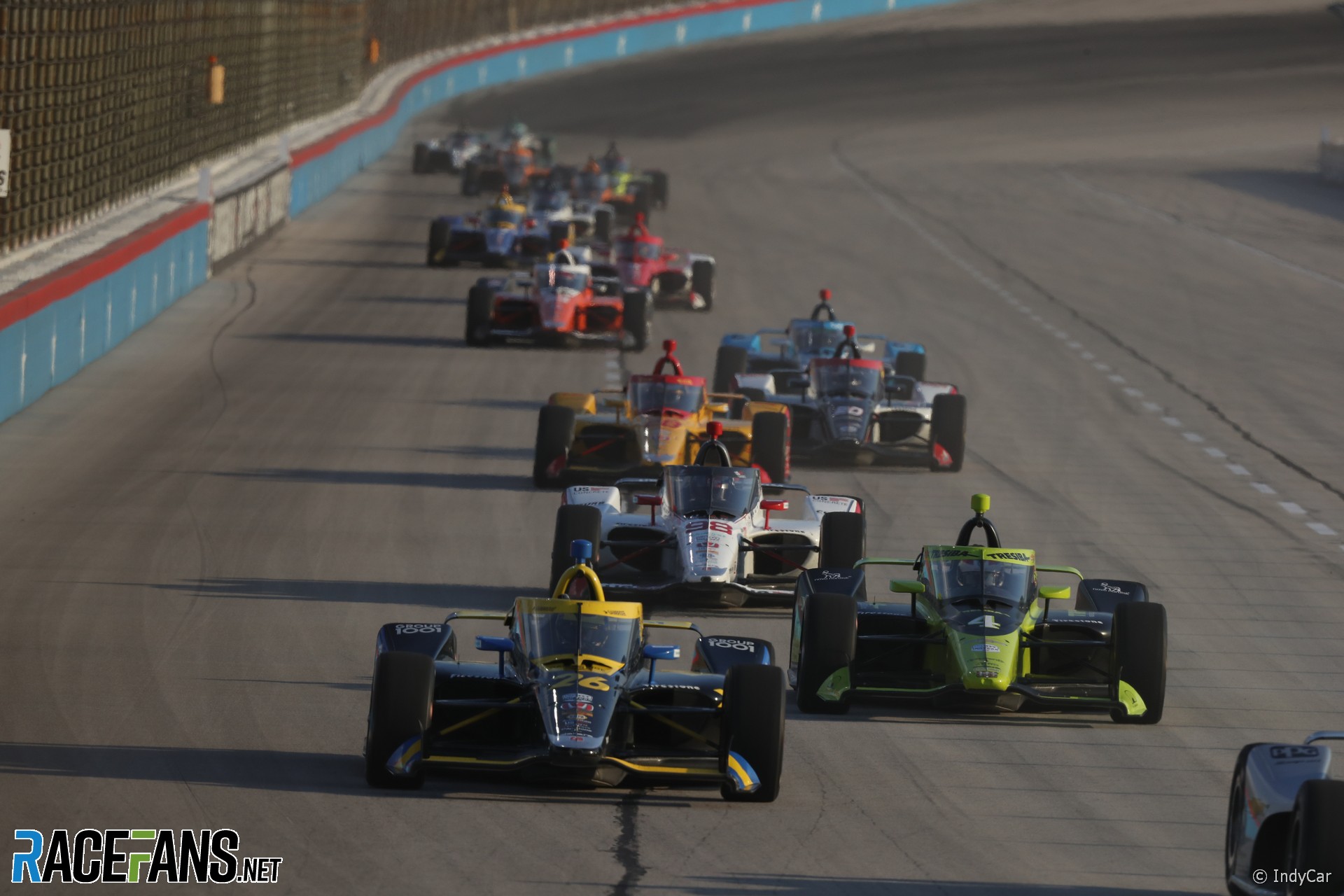 IndyCar waived penalties for four drivers who exceeded the maximum stint limit during Saturday’s race in Texas as it had given incorrect timing information to multiple teams.

The series imposed a maximum stint length of 35 green-flag laps upon drivers due to concerns over tyre performance at a track drivers which lap at average speeds of almost 350kph (217mph).

However James Hinchcliffe, Marco Andretti, Zach Veach and Marcus Ericsson all completed 36 laps on their first set of tyres (see video below). This allowed them to run for one more lap at a lower fuel load than their rivals, potentially handing them a strategic advantage.

Penske’s Will Power, whose lost time with a slow pit stop at the end of his first stint, complained the four drivers went unpunished.

“We had a mishap on a pit stop and that put us at the back and, man, there were four cars that went 36 laps on the first stint. I feel like they should be penalised.

“It’s unbelievable. That could be four more positions for me. It was a frustrating night. We had a mistake that put us in a bad place, and it’s just unfortunate.”

An IndyCar spokesperson told RaceFans why the series decided not to penalise the drivers: “We had some data stream issues at the start of the race that temporarily corrupted our systems, and as a result, multiple teams relied on our incorrect verification of the data.

“Once we got the system sorted out we didn’t feel it to be equitable to penalise.”

IndyCar imposed the 35-lap stint limit because its official tyre supplier Firestone was unable to complete production of its new compounds for the race due to the pandemic.

Texas Motor Speedway is one of the fastest circuits IndyCar visits and features its steepest banked corners, which place very high loads on the tyres. The strain on the rubber has risen this year due to the cars’ increased weight and higher centre of gravity caused by the introduction of the Aeroscreen.