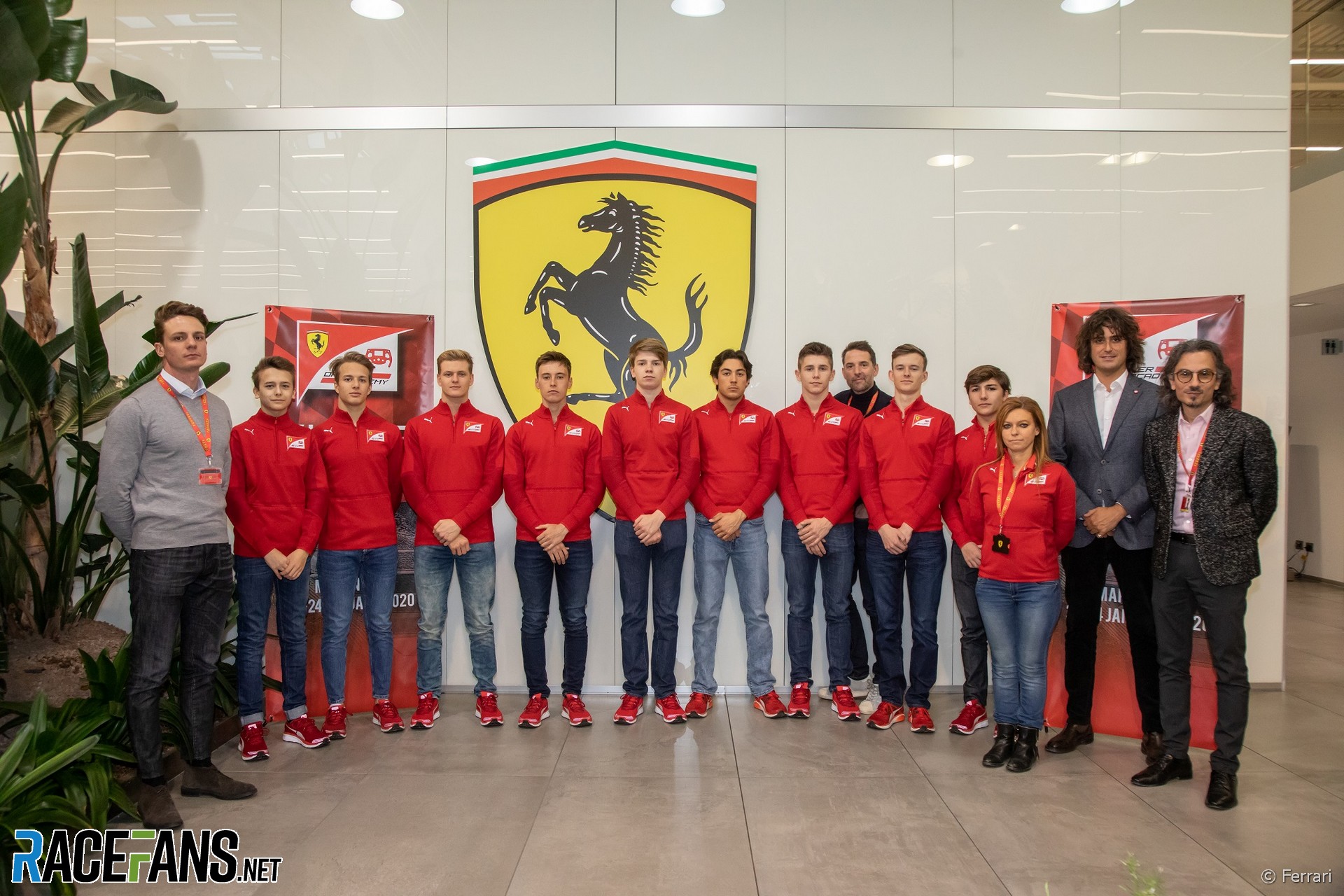 The FIA has announced a new initiative with Ferrari to promote more women into single-seater motorsport.

Places on the Ferrari Driver Academy, which brought the likes of Charles Leclerc into Formula 1, will be offered through the FIA’s new Girls On Track – Rising Stars programme.

A “shoot-out” between 25 drivers selected from five continents will take place at the Winfield Racing School at the Paul Ricard circuit in October, the FIA announced. A dozen of those will progress to karting and Formula 4 training camps.

A select group of four will then get to spend a week’s course with the Ferrari Driver Academy. The best of these may be offered a year’s placement on the academy with a place in a Formula 4 championship, with the option of a further year.

The programme, which is also backed by Pirelli, has been confirmed for an initial four-year run, with a call for new entries to the scheme going out in 2021.

“We are firm believers in the value of helping youngsters develop in motor sport,” said Ferrari team principal Mattia Binotto. “The FDA has been operating for over a decade now, not just purely and simply selecting the best drivers, but also working on their cultural, technical and ethical education.

“With this in mind, we felt we had to make a further effort to expand our area of operation to include female youngsters who want to get on in motor sport. Although there is no actual barrier to their participation, we are aware that it is harder for women to progress in this field.

“That’s why we have responded enthusiastically to the FIA initiative and we believe that we can help introduce even more young women to this fantastic sport. Who knows, maybe one day we will once again see a woman competing in a Formula 1 world championship race for the first time since 1976.”