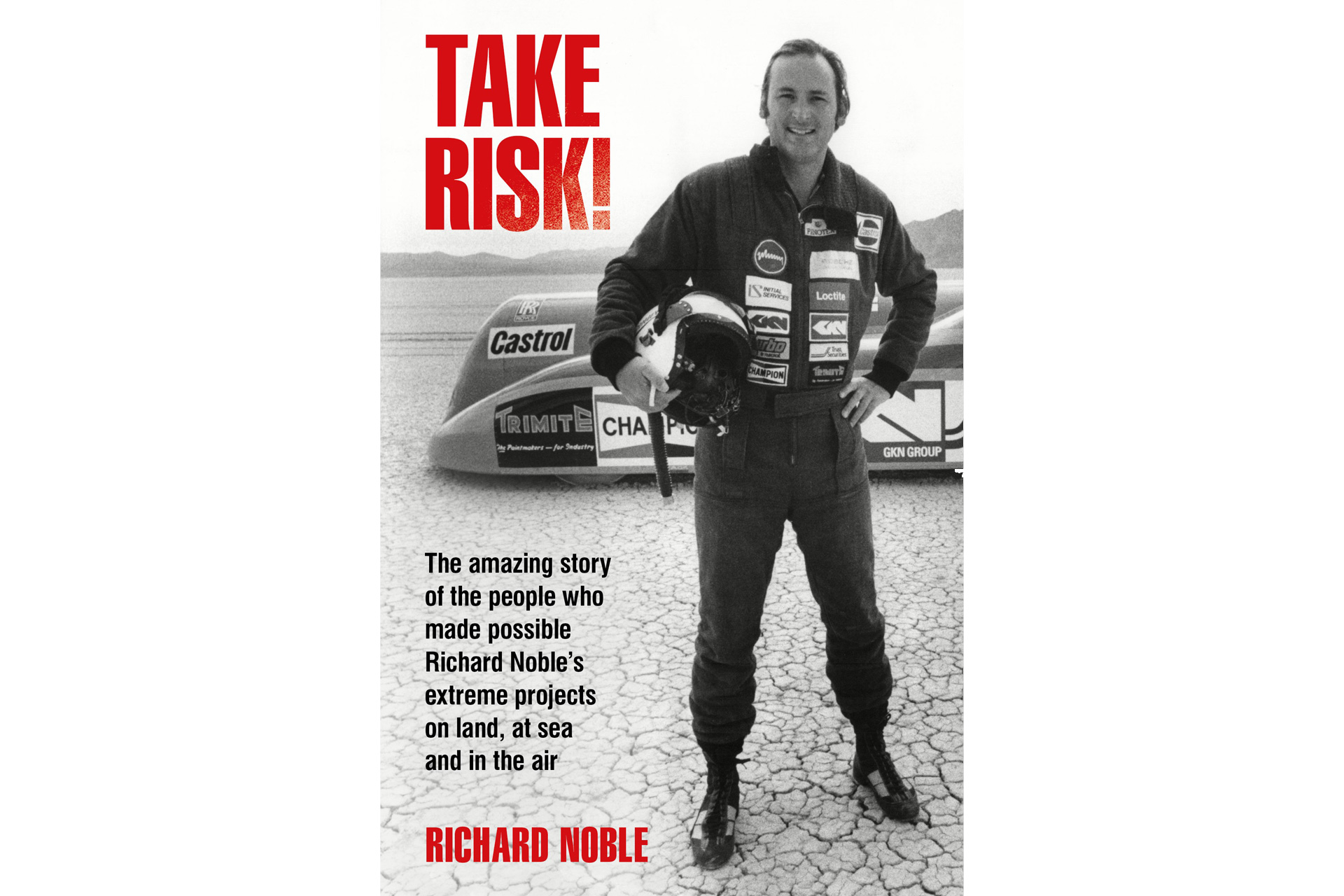 Richard Noble is a legend of the automotive world having claimed the land speed record as both a driver and programme director.

Does that qualify his book, Take Risk!, for review on a website which focuses on motor sport? RaceFans editor Keith, arch-wielder of the flimsy pretext, noted that the land speed record is an FIA-regulated activity, and gave me the nod.

Good thing he did, for Take Risk! is a top read. According to its dust jacket this is not Noble’s autobiography but rather, “the story of the people and decisions that make his land speed attempts, and other adventures possible”. That description rather undersells this really charming book: Half ‘boys own’ chronicle, half motivational lecture, wholly enthralling.

What this means in practice is that fascinating behind-the-scenes stories are told not only from those land speed record-busting Thrust projects but, just as interestingly, Noble’s attempts to break into the aviation sector. As a lifting of the curtain into some of the deals, plans and – yes – risks taken to get such projects up and running, this is fascinating stuff.

If you’re hoping for a retread of Bluebird and the Dead Lake you’ll need to look elsewhere, as the actual record-breaking runs are scarcely covered. That said there are some brilliant stories, particularly on the driver selection process for Thrust SCC, plus Noble’s perspective on the trials and tribulations of the Bloodhound project, intended to break the 1,000mph barrier on land, which consumed over a decade of his time before collapsing into administration last year.

Noble is a fine storyteller who also manages to get a number of serious points across, many of which readers may find real-world applications for, without ever seeming preachy or repetitive. Although not a pre-requisite, you’ll probably get the most from Take Risk! if you’re interested in the business side of the automotive world, or work in a project-based environment.

Something that also comes through is that Noble is fully aware of his status representing automotive innovation, and is good at surrounding himself with a similarly minded team (Andy Green is certainly in my top-three interviewees).

Take Risk! is fun, Noble’s writing style is approachable, direct and engaging, and the chapters rattle by (in marked contrast to, say, our previous review, which included two pages on Richard Seaman’s father’s bequests to his half-sister). And while this is no ‘coffee table book’, the printing quality is high and picture section well-chosen.

Richard Noble seems like exactly the sort of fellow you’d like to take for a beer. While social distancing makes that impossible, reading Take Risk! is the next-best thing.