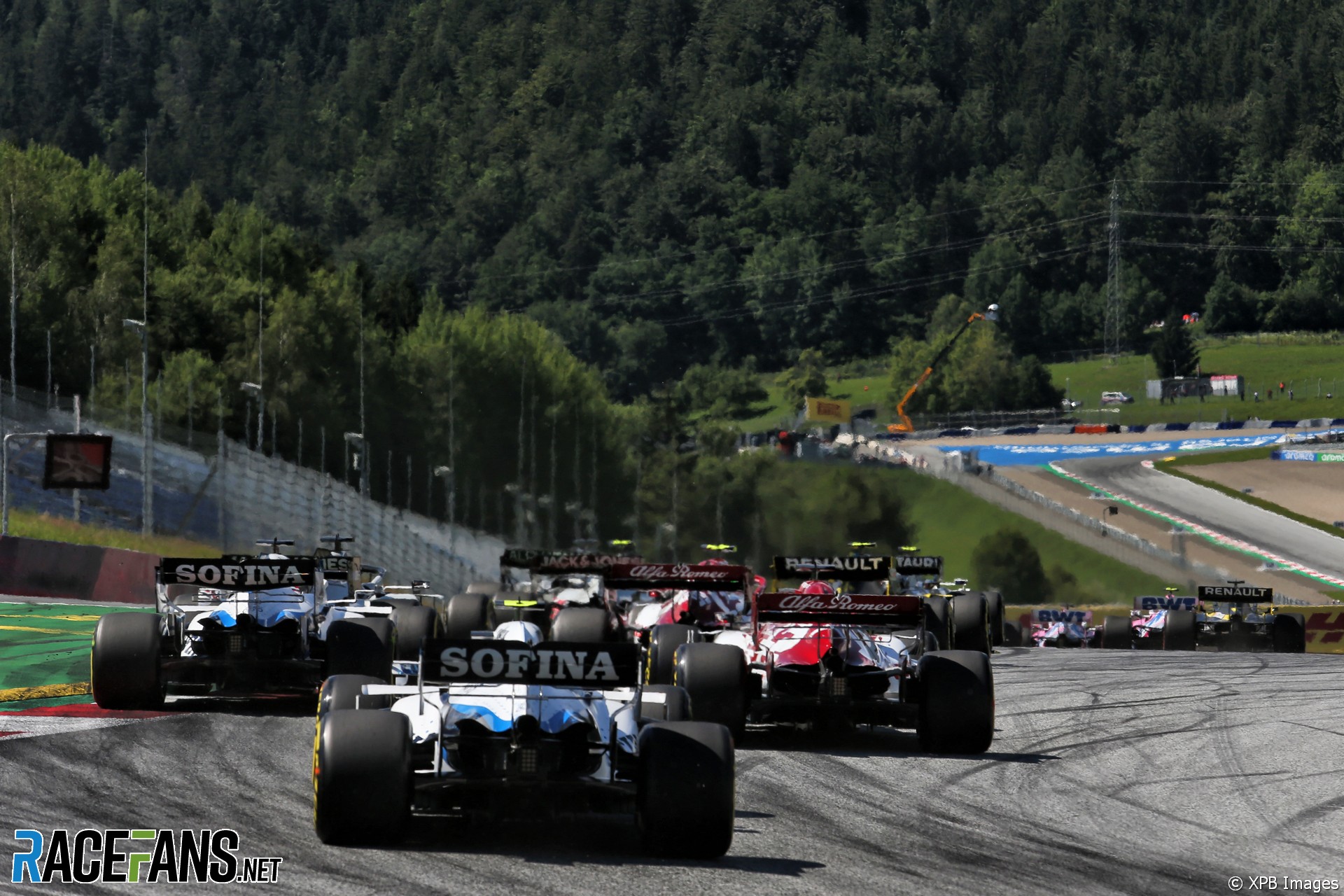 In the round-up: Nicholas Latifi says he’s surprised how severe the effect of ‘dirty air’ is in F1 cars.

Latifi was asked how far becoming an F1 driver matched up to his expectations:

There’s a bit two sides to look at it. When I signed with Williams last year, I was very well aware that I wasn’t going to be in a top car and a top team and experiencing the same kind of racing that I was in the previous year, racing up at the front in Formula 2. But that’s part of it. So my expectation. my mind was already prepared for that.

So at that point of view, it is quite different. There’s many, many other things you have to manage, the blue flags and things like that, which do change it quite a bit.

But if you take out the performance of the car, just the actual experience of racing, it is quite a lot different than honestly I expected it to be. The dirty air effect at the start of the race, just the amount of grip you you lose, is far more that I could have ever imagined. It’s been difficult to explain it to someone unless they could actually experience it.

So from that point of view I still say it’s more fun than I initially thought it was going to be just from how lively everything is at the start, the racing action, how much quicker you have to be to react to certain things in racing actions. I’m still learning how to deal with those things.

I go to Eindhoven for a meeting and what do I see parked up at a charging point but the clearest indicator yet that the city is angling for @FIAFormulaE round… pic.twitter.com/upoxIWsdr4

"I think Lewis has been a great example to an awful lot of people. He's a wonderful driver, he's got an enormous number of victories behind him and he's quite vocal about all these elements. I don't think there's as big a problem in that as there might be seen. For example Cranfield university in England starting having women get more interest in engineering and motorsport. Now suddenly we've got a huge number of women in Formula 1 because they've gone to good universities and been well educated, etc... In Lewis's case, the colour issue he refers to can change very rapidly. There's no resistance to change in Formula 1."

"We’ve almost quadrupled our social media followers since the beginning of 2017, and that’s almost entirely through organic social growth. We’ve doubled our video views each year, we’ve doubled the page views of F1.com and of our app each year. Equally, the market is changing, so I think the move to pay-TV in 2020 is different than the move to pay-TV might have been in 2005."

"To put it in a nutshell, the time has come to think about winding-up the DTM. If none of the German manufacturers are willing to support this platform and series anymore, things will get tight."

"Not being in the paddock is always going to be a disadvantage, however Dorna have been brilliant throughout. They understand that we’re not going to be travelling and they’ve done their best to help us with that."

Formula 1 should be relying on electronics to police track limits, says Gavin:

I’m still perplexed why they don’t stick a metre of gravel/grass on the outside of the kerb. After that you can have loads of Tarmac run off till the physical barrier if required. This keeps the track the same size – this ‘allowable’ run off has increased the speeds through corners which impacts run off in the next corner and so on and so on.

Also the length or tarmac run off in places is also perplexing – the most ridiculous example of this I can think of is they Tarmac-ed the small grass run off on the exit of the hairpin in Canada. The exit! There’s probably a top speed there of about 30mph if that.

Adding this small strip of ‘classic’ run off creates a sporting penalty for running wide which is our main complaint about tarmac run offs. No fan wants to see people get hurt (be they drivers, marshals or fans) but we want to see drivers taking risk versus reward, overtakes (not just DRS motorway passes – bully a driver into mistakes!) and proving who has the skill required to pilot these things.
Gavin Campbell

14 comments on “Latifi: F1’s ‘dirty air’ effect is much worse than I imagined”