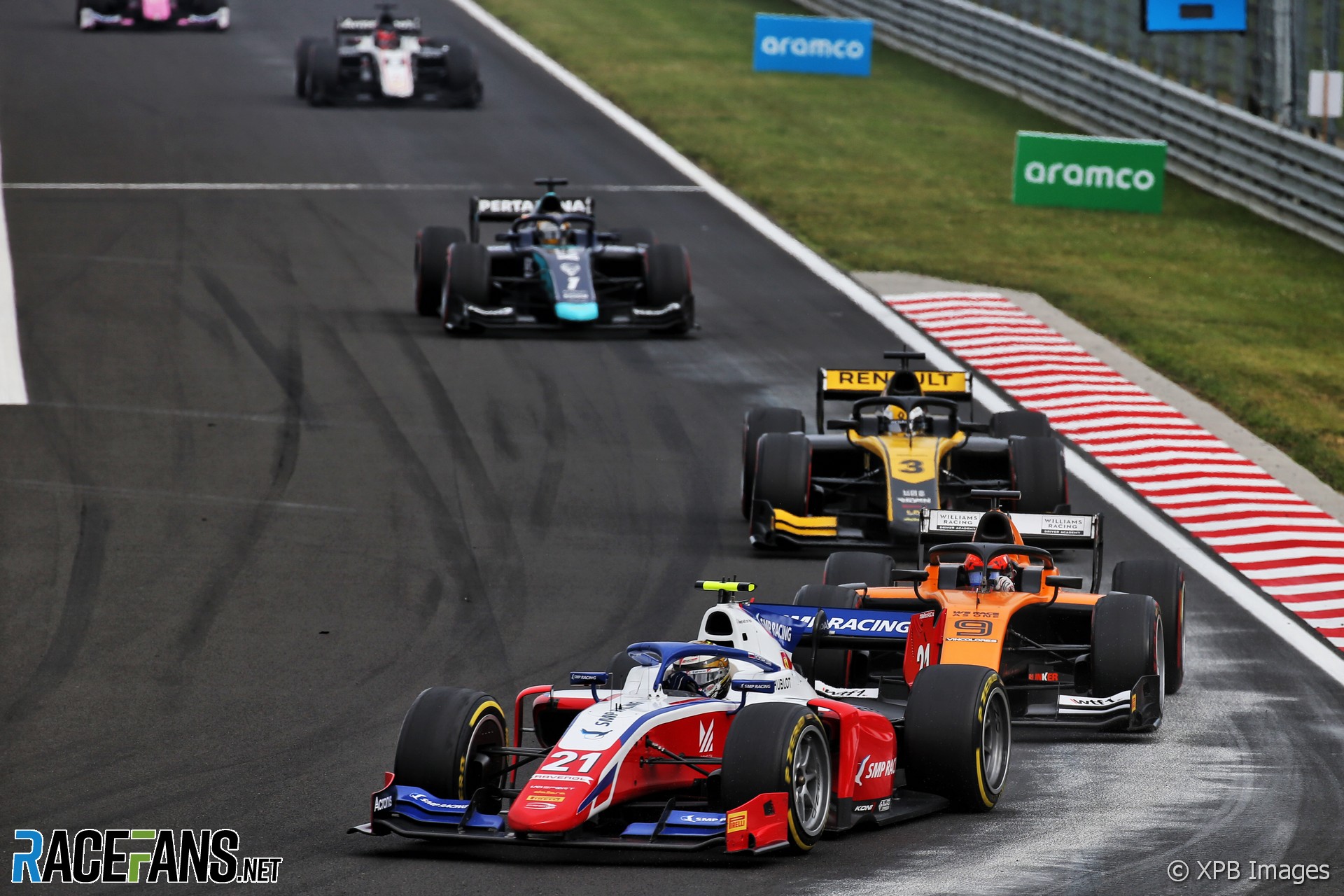 Shwartzman took advantage of a different tyre strategy to many of his front-running rivals to move into victory contention, aided by a series of Safety Car interruptions.

Callum Ilott – another from the FDA stable – started from pole position alongside Luca Ghiotto, who came under attack from Dan Ticktum as the race began. On lap two Trident team mates Roy Nissany and Marino Sato collided with each other prompting the first, brief, Safety Car period.

The resumption of racing on lap four proved short-lived as Christian Lundgaard tangled with Ghiotto, then got further entangled with his ART team mate Marcus Armstrong. That collision pushed Artem Markelov into an error which sent him into the barriers.

After another restart, Ilott held the lead but Shwartzman had taken advatnage of the chaos to claim fourth. Schumacher, who had started fifth, managed his tyres expertly, stayed out longer than Ilott and nearly nabbed the effective lead off him by the time the Prema driver pitted on lap 14. Schumacher emerged so close together the two were nose-to-tail and battling fiercely behind Shwartzman, now drawing out a lead on his medium compound rubber.

By the time Schumacher passed Ilott, on lap 17, their battle had allowed a gap to the top four to open up. Nikita Mazepin, Felipe Drugovich and Jehan Daruvala were not only a barrier between Ilott and Schumacher to the leading Shwartzman, but lapping slower than them. The drivers who had pitted to switch to mediums were finding it tricky to turn the harder tyres on.

Shwartzman nearly threw his hard-won advantage away after his pit stop. He came in on lap 28, but a colossal lockup into turn one nearly wrecked his fresh Pirellis.

Undeterred, Shwartzman dispatched Ghiotto and Ilott with relative ease once he had his tyres under control. He then hounded Schumacher for a lap before easily regaining the lead in the DRS zone on lap 31, facing little challenge thereafter.

Mazepin used the same strategy as Shwartsman to deny Prema a one-two by passing Schumacher. Ghiotto collected fourth ahead of Drugovich, Daruvala and Deletraz, while Ilott ensured he will start both this weekend’s race from pole position by finishing eighth. Ticktum and Zhou took the final points.

Shwartzman leads the championship with 73 points, to Ilott on 51 points and Lundgaard, whose Hungaroring race ended in a double ART retirement, on 43.