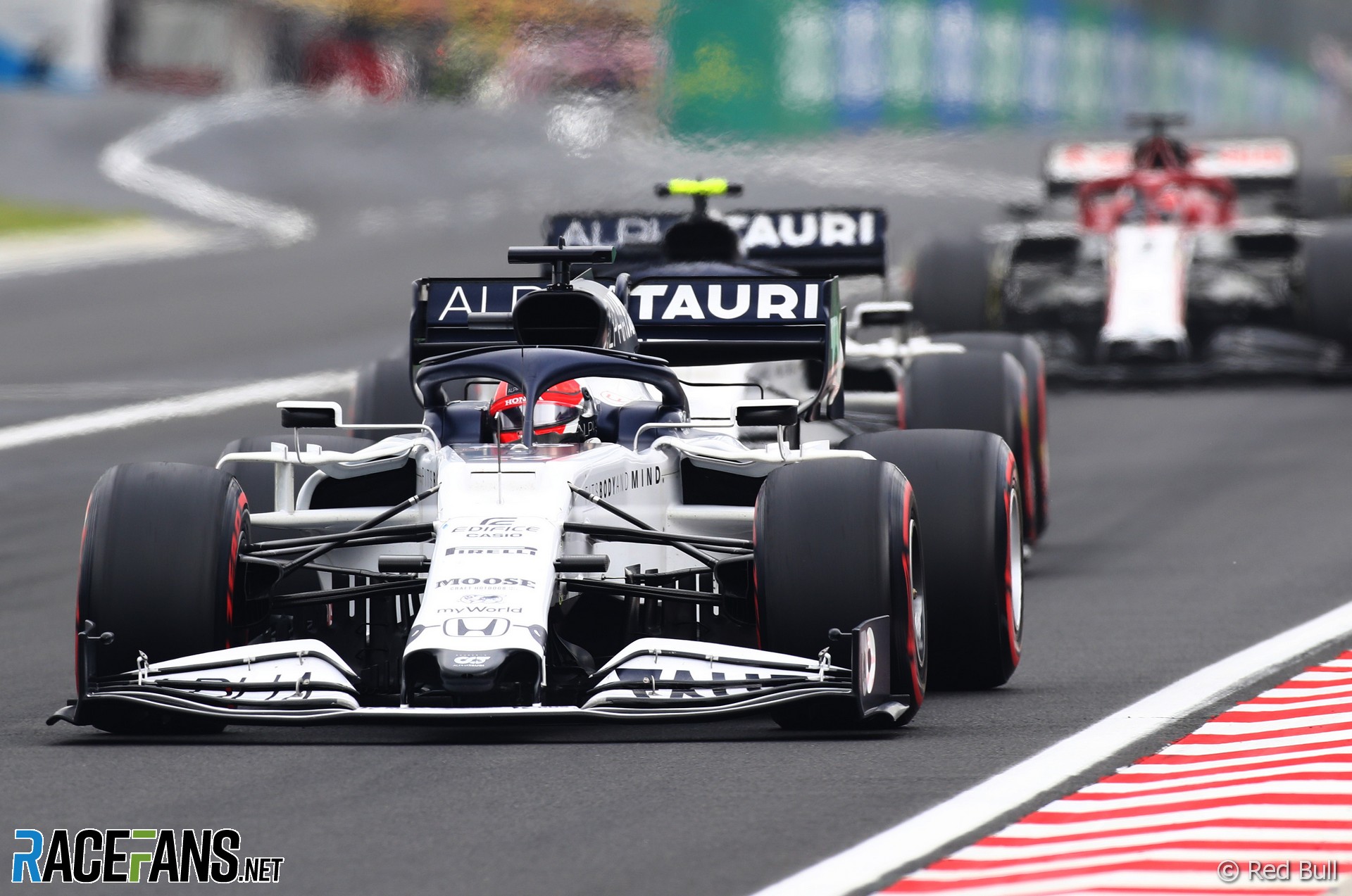 Haas drivers Romain Grosjean and Kevin Magnussen both received 10-second penalties in the Hungarian Grand Prix after discussing their pit stop plans with the team during the formation lap.

The formation lap began in damp conditions with the whole field on intermediate tyres apart from Magnussen, who opted for full wets. Several drivers, like the Haas pair, indicated the track was almost ready for slicks.

One of those who was heard asking his team to make a pit stop was Daniil Kvyat. But although he escaped a penalty, it was not because he did not join the Haas drivers in pitting.

The heart of the matter was that teams are forbidden from giving instructions to their drivers during the formation lap, as F1 race director Michael Masi explained:

“There was a technical directive that came out, I think in 2017, clarifying what communications the team can make to the drivers on the formation lap, which relates to article 27.1 of the sporting regulations, which is that the driver must drive the car alone and unaided.

“The essence and the core part of that summons is that both drivers were called in by their engineers to change tyres on the formation lap which is not permitted within that technical directive that was issued at the time.”

The Haas drivers were caught out not because they talked to their team, but because their teams talked back. In Grosjean’s case, he came very close to avoiding a penalty – his team only told him to pit at the last moment.

Kvyat’s team were apparently aware they couldn’t talk to him on the formation lap, though he appears not to have been. He repeatedly asked the team whether he could pit, but was met with silence. He took the start on his intermediates, and on lap one urged his team to let him pit. Finally they replied, and in he came.

It is an unusual quirk of F1’s rules that teams can tell drivers to pit once the start lights go out, but not before – a detail Haas unfortunately overlooked.

“In essential terms the only communication that can be made with a driver during the formation lap, from the pit wall to the driver, is to do with safety matters,” said Masi. “So if it’s an issue of imminent safety, then that communication can take place.”

Magnussen and Grosjean were both told to pit on the formation lap:

Kvyat had no response from AlphaTauri when he asked them on the formation lap if he could pit:

But he did get a response from them once the race had started: