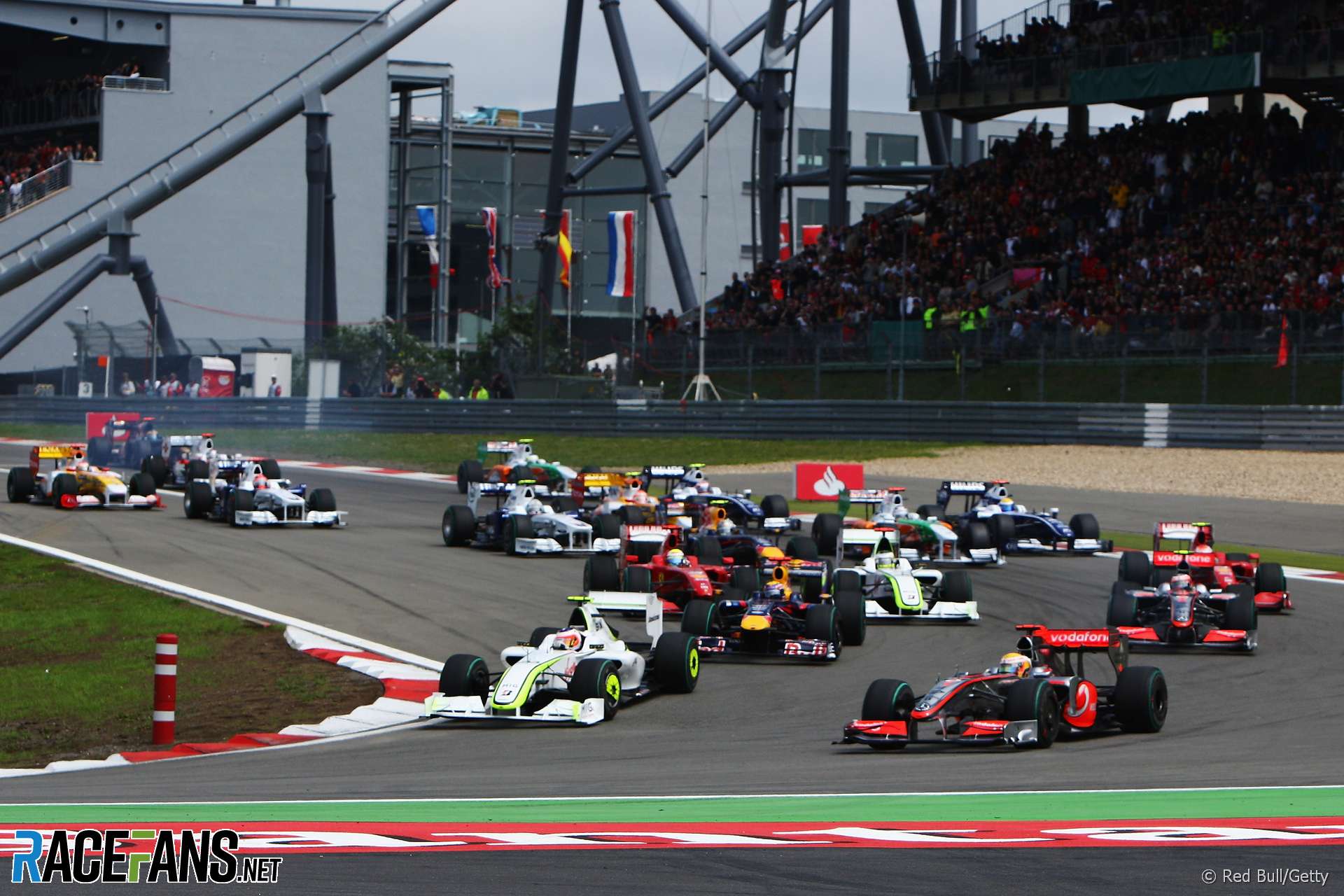 The Nurburgring is poised to make a surprise return to the Formula 1 calendar this season, seven years since it last held a grand prix.

RaceFans understands the former home of the German Grand Prix will be among the next batch of races to be added to this year’s revised schedule. A spokesperson for the circuit confirmed discussions with Formula 1 have taken place.

The world championship calendar has been extensively reorganised following the disruption caused by the global pandemic. So far 10 races have been confirmed up to the Russian Grand Prix on September 27th.

The Nurburgring is one of three venues which are expected to follow F1’s visit to Sochi. All three were not part of the original 2020 F1 calendar.

The other two races to join the schedule will include the revived Portuguese Grand Prix, last held at Estoril in 1996. Its race will take place at the Autodromo do Algarve near Portimao. F1 has never previously raced at the circuit, but a group of teams tested there shortly after it opened in 2008.

F1 will also add a further round of the world championship in Italy. This will take place at Imola, which previously held F1 races between 1980 and 2006. It will be the third race in Italy this year, along with the Italian Grand Prix at Monza and the Tuscan Grand Prix Ferrari 1000 at Mugello.