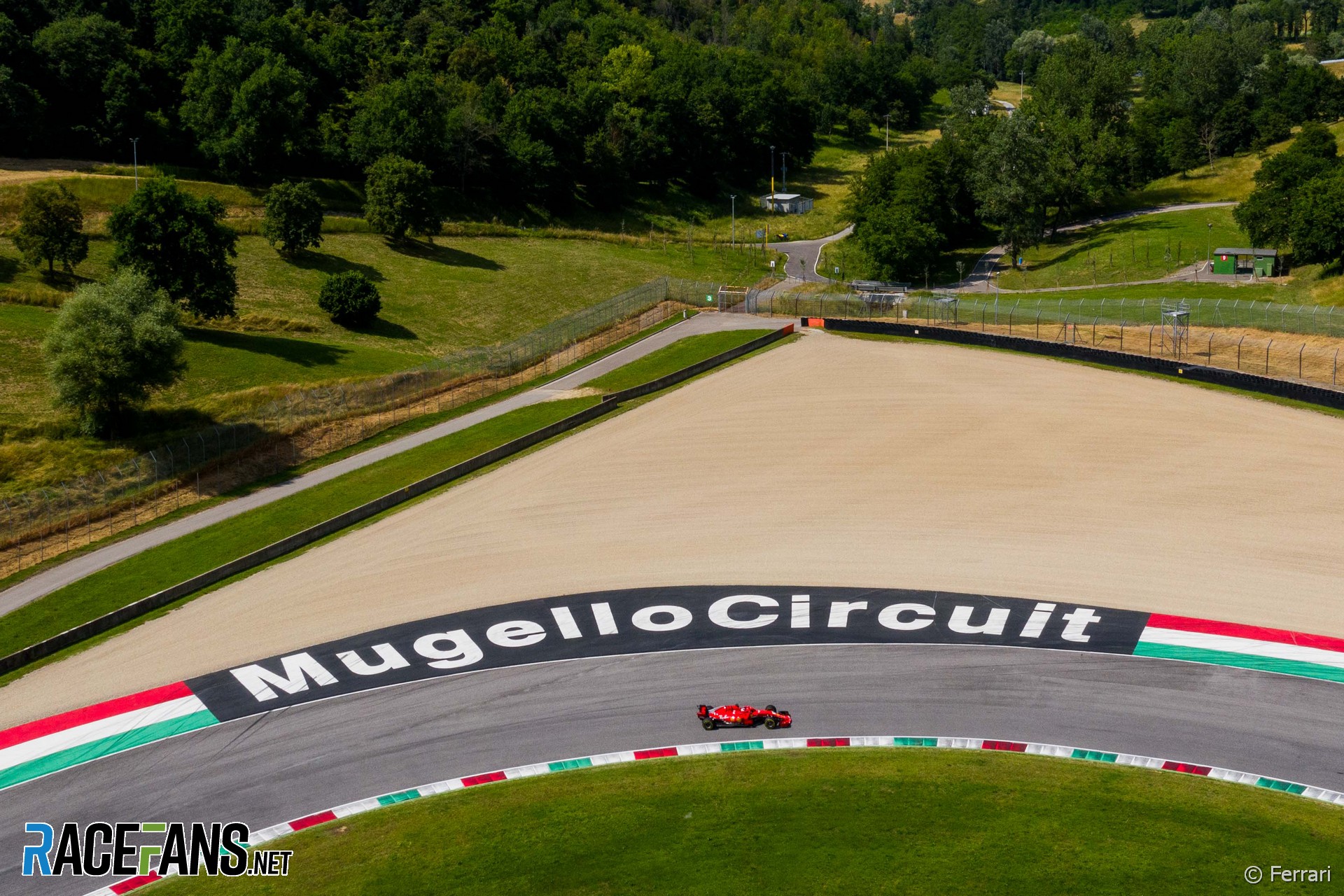 Formula 1 cars will smash the lap record at Mugello when they race there later this year, Ferrari team principal Mattia Binotto expects following his team’s pre-season test at the track.

The Ferrari-owned circuit will hold its first ever world championship race in September. The record for the 5.245-kilometre, 14-turn course is held by Rubens Barrichello, who set it in 2004.

However Binotto said Ferrari were easily able to set comparable lap times to the lap record when they tested at the track last month using a two-year-old car. “We did a very similar lap time with full tank, not pushing, et cetera. So I’m pretty curious to see when we set the pole, I’m pretty sure it will be a record.”

“The two drivers were very happy because of the circuit, because of the type of circuit, so they enjoyed their day in Mugello,” he said. “It’s a very quick track, high speed corners, it will be demanding for tyres on the cars, on the drivers.”

However he expects drivers may find it difficult to overtake. “There is a long straight, but there is just fast corners before the main straight.

“But it would be very demanding because of the fast corners. I think there is not a single slow corner. They are all fast corners.

“So it’s quite interesting to see all the Formula 1 cars of today of going through there. We are used to seeing Moto GP there but I think that Formula 1 is at least 20 seconds faster than a Moto GP in such a circuit. I think it will be amazing.”

The event will be named the Tuscan Grand Prix Ferrari 1000 as it is set to coincide with Ferrari’s 1,000th appearance in a world championship round, providing they start every race between now and the race in September.