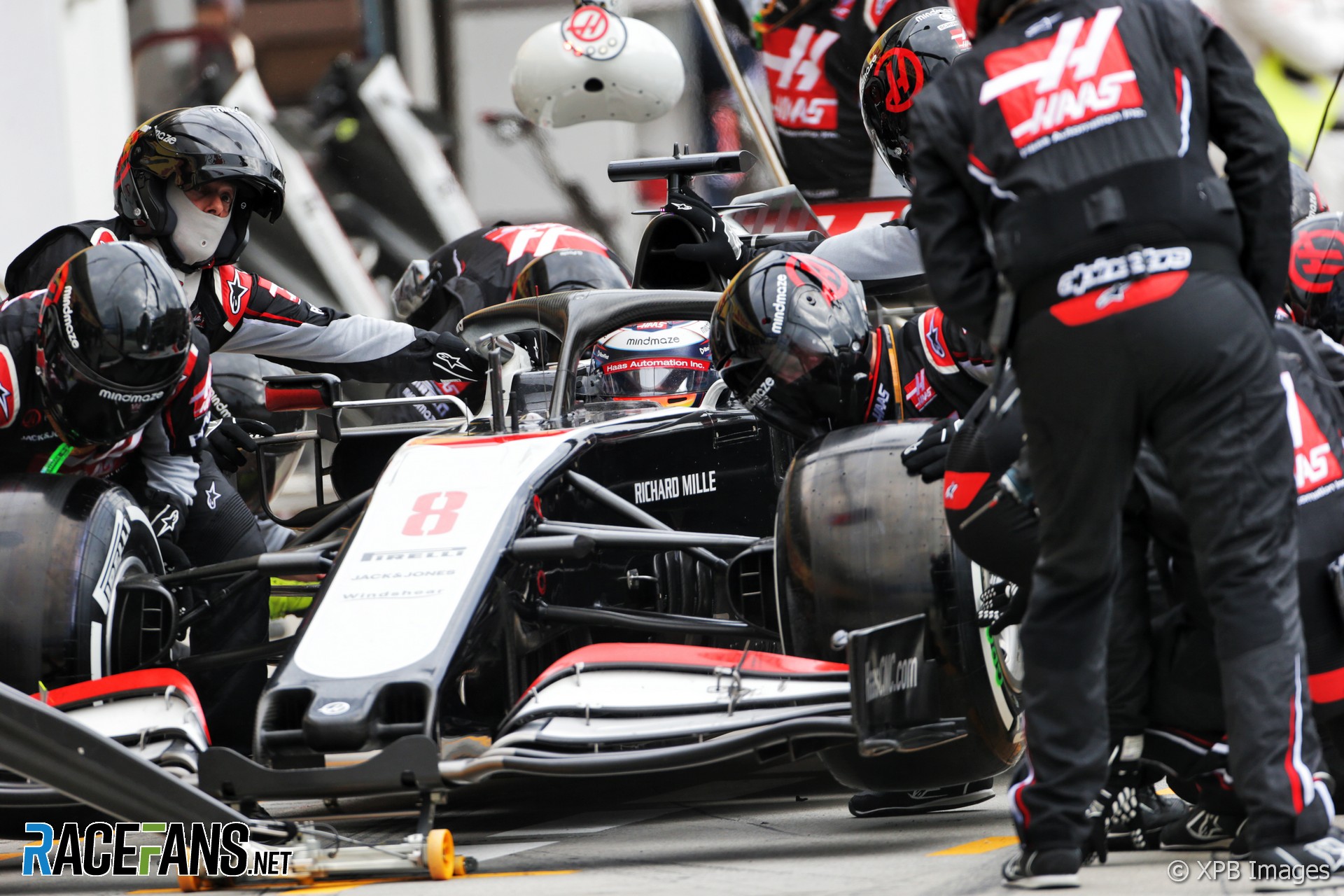 A rule outlawing ‘driver aids’ which led to both Haas drivers being penalised for discussing pit stops on the radio is to be reviewed at the request of the FIA.

Kevin Magnussen and Romain Grosjean were given 10-second time penalties after the team told them to pit during the formation lap at the Hungarian Grand Prix. The stewards ruled the radio messages broke article 27.1 of the sporting regulations, which states “the driver must drive the car alone and unaided”.

The rule does not forbid pit calls to drivers after the race has started. But under technical directive 011-17, teams are forbidden from issuing instructions to their drivers during the formation lap.

The regulation Haas broke was originally introduced to stop teams giving feedback to drivers on their pre-formation lap practice starts. This was done to make it more difficult for teams to optimise their start procedures.

In response to a question from RaceFans, FIA race director Michael Masi confirmed this regulation is to be reviewed.

“We will discuss, as we do with all parts of the regulations, anything that needs to be updated, revised or renewed from time to time,” he said. “The technical directive which that relates to is not different to any other regulation that may need to be considered, reviewed – or reviewed and the status quo stays. So that process is already underway and working with all of the teams, not just individuals.”

The request to review the rule did not come from the teams, said Masi. “It was actually the FIA proactively suggesting that it’s something that we collectively reviewed and understanding the background to it was the original part and how it came about.

“So it will be discussed at all levels of the decision-making process and if there’s any changes that are deemed necessary, they’ll be made.”

Haas team principal Guenther Steiner said the team’s punishment was harsh in light of the five-second time penalty Alexander Albon received for colliding with Magnussen during the British Grand Prix.

“My issue is what happened in Hungary,” said Steiner. “I don’t think a 10-second [penalty] was appropriate because we did the formation lap but we didn’t go back into the formation, we went into the pits and penalised ourselves. And then we get an additional 10 seconds.

“While somebody can take somebody out of a race and get five seconds and he can still finish in the points. So I think there is a discrepancy between the two penalties.

“There is nothing good for me if Albon gets 50 seconds, there’s nothing in it, I’m not like this. But for me, it’s more like, why did we get 10 seconds for something when we got already penalised 10 seconds for starting from pit lane?”