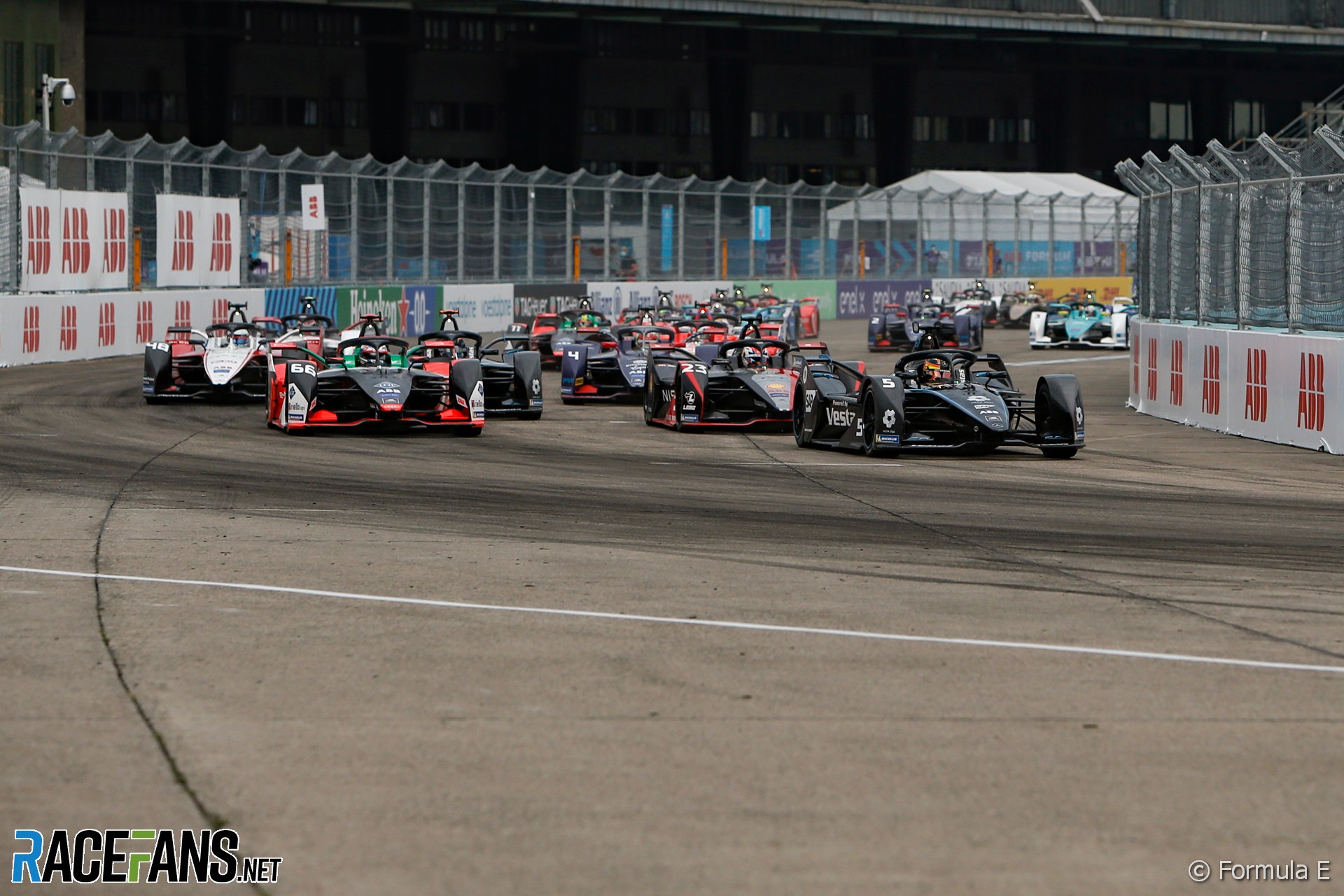 Vandoorne’s victory in the season finale, also the first of his Formula E career, propelled him to second place in the championship behind Antonio Felix da Costa, who clinched the title on Sunday.

In a day of firsts for the team, Vandoorne also gave them their first pole position in the category. Another somewhat disrupted qualifying session left the leading drivers in the championship well down the field.

As the series began its sixth consecutive race on a third different configuration of the Berline Templehof course, Vandoorne kept the lead off the line, holding Buemi behind him.

In a reversal of yesterday’s race, the front-running drivers all used their Attack Mode in the first 25 minutes, leaving them potentially vulnerable to attack from behind and having to swap the lead repeatedly as they ran close together.

Jean-Eric Vergne, third in the drivers’ standings at the start of the race, was able to move up into the points. Rowland, whose victory yesterday moved him up to second in the points, retired with damage from way down the order.

However with Vandoorne looking unchallenged for the victory throughout proceedings, Vergne needed to make it to fifth place to have any hope of claiming the runner-up spot behind his team mate.

Frijns ran sixth until contact with Guenther took them both out of the points and Frijns out of the race with a puncture. De Vries took second from Buemi with four laps to go, ensuring a one-two finish for Mercedes.

Formula E’s trip to Berlin, where more than half of the 2019-20 season races ultimately took place due to the pandemic, initially tended towards predictability as Da Costa completed an almost unprecedented hat-trick of wins. Mercedes’ triumph means seven different cars have won this year’s 11 races, a record many championships would envy.

Pandemic permitting, the seventh running of the series, and its first official world championship season, will begin in Chile in January.