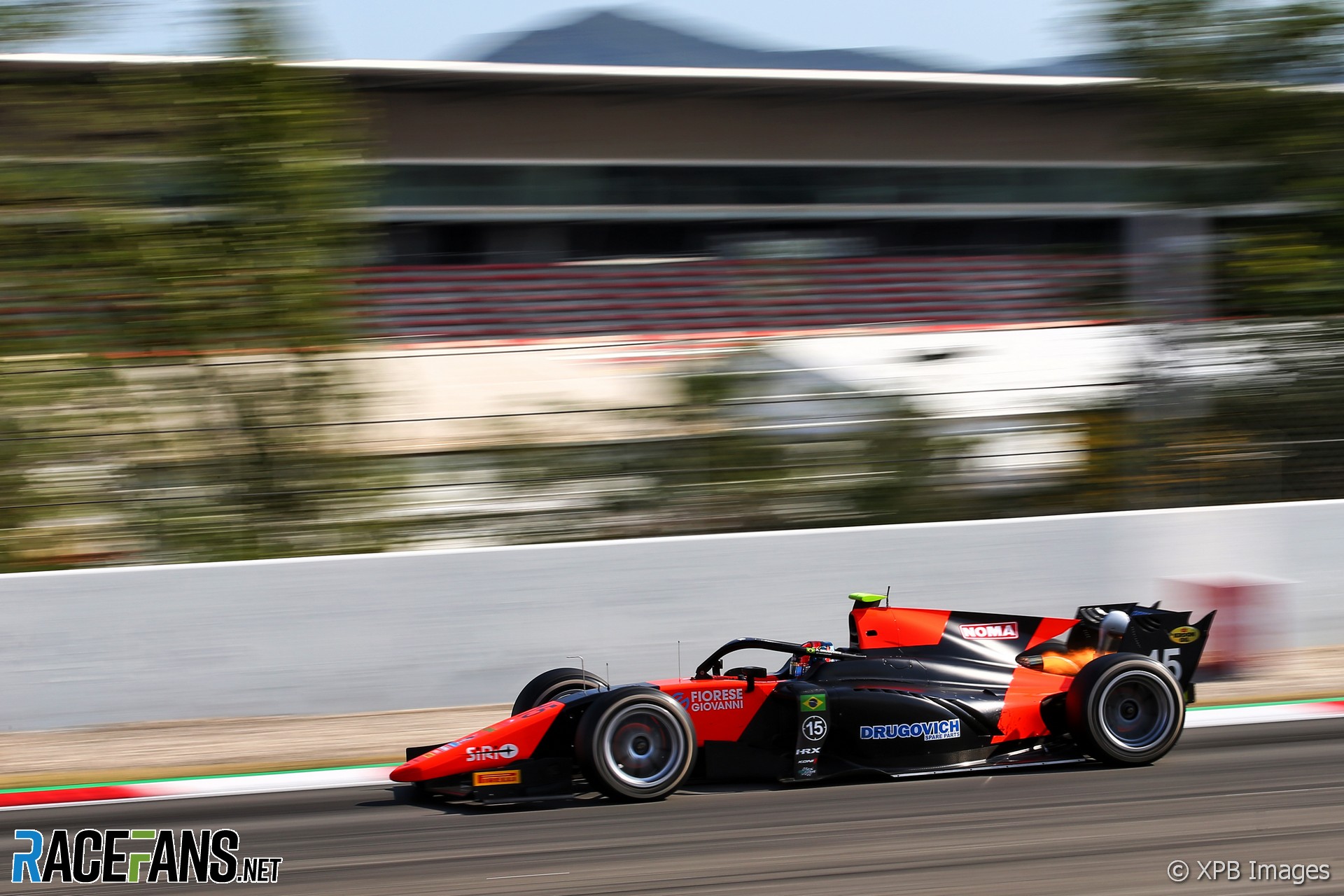 Felipe Drugovich, who lost a shot at victory in yesterday’s lively Formula 2 round, made amends in the sprint race with a comfortable run to his second win of the year.

MP Motorsport took their second win of the weekend as Drugovich followed up his team mate’s Saturday triumph, leading the field home by almost 10 seconds after 26 laps.

The grid was down one driver after Sean Gelael had suffered a spinal fracture during a last-lap collision that saw him go airborne over a kerb. Giuliano Alesi started from the pits after stalling on the formation lap.

Luca Ghiotto started from reverse-grid pole after struggling in the feature race. But he was unable to resist fellow front row occupant Drugovich, who was clearly in no mood to pass up a shot at victory after being frustrated by his pit strategy yesterday.

Mick Schumacher made another flying start from third on the grid but was unable to capitalise on the advantage and ended up dropping behind fourth-place starter Callum Ilott.

The running order, constrained by tyre management, quickly settled down. Drivers reported severe degradation and their front left tyres in particular were visibly grained by lap nine. Guanyu Zhou was forced into the pits by a front-left puncture. Nonetheless Drugovich was able to steadily extend his advantage over Ghiotto.

Dan Ticktum and Jack Aitken pitted on lap 19, after slipping down the order with major degradation. Ilott, who had looked strong at the start of the race, fell to ninth out of the points. But Drugovich, Ghiotto and Schumacher continued their progress to the chequered flag without pitting.

Ilott kept his championship lead, despite closest rival Christian Lundgaard lunging past him for eighth and the final point at the end of the race. Early title contender Robert Shwartzman suffered yet another point-less finish but maintains third in the standings.