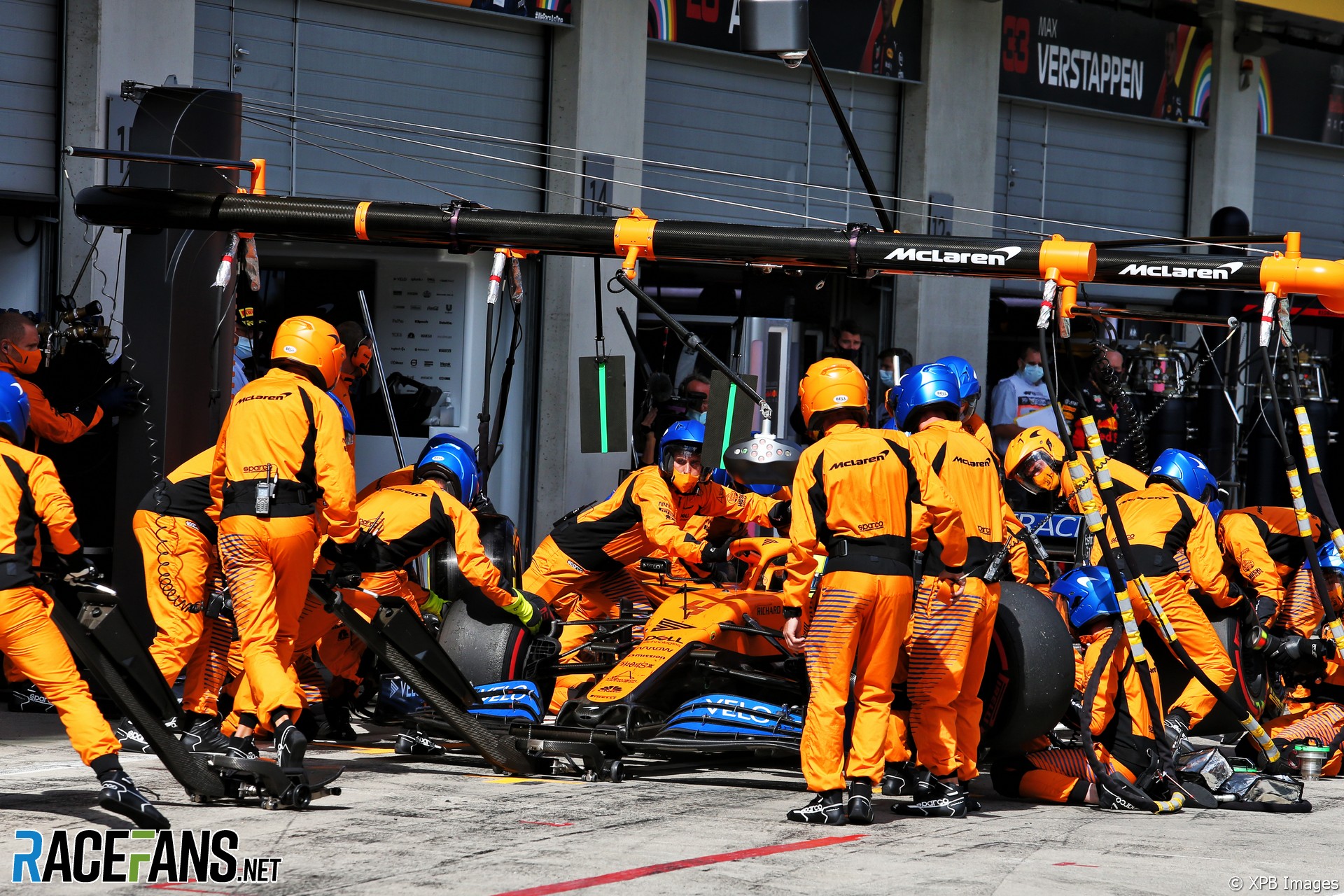 In the round-up: McLaren team principal Andreas Seidl is pleased with the changes the team has made to improve its pit stops following a series of problems last year:

Speaking after Sunday’s race, Seidl said he was pleased with the improvements McLaren have made to their pit stop routines:

It was important simply, like we always have done, to analyse in detail after each each weekend what went wrong together with the team. We had issues so far this year. We were not always spot-on on the execution side, but also we had issues with the equipment. And that’s something that takes time to build up again.

We were quick last year, but we were not robust enough. We made good changes on the equipment side over winter in order to help the crew to make sure we don’t have these catastrophic pit stops but somehow lost the speed and the consistency, as you have seen in previous races.

We go into a lot of details when we do the analysis together with the guys to see also where we can help them. We did that after the last race at Silverstone and it was good to see actually [in Spain] that all the hard work the guys were putting in was paying off.

At the same time, there’s no reason to get carried away with that. We know we are not as consistent as we would like to be and as quick as we want to be. But it was a definitely good step.

As one fan just told me sitting outside the track…”I know I can’t see them. I just wanted to be here to hear them.”

"The Indonesian is estimated to be out for six weeks but is expected to make a full recovery. For Vips, his first time in an F2 car will be during Friday’s practice session in Belgium at the Circuit de Spa-Francorchamps, with DAMS looking to use the weekend to ensure the 2019 Macau Grand Prix podium-finisher gains good experience to be best prepared for the next two events."

"There is a conflict between Mr. Todt’s role as President of the FIA, the governing body of a sport that is promoting tobacco industry interests, and his public health commitments as a UN representative. FIA’s claims about being ‘PurposeDriven’ ring hollow when you look at its resistance to ending tobacco industry involvement in the sport."

Lewis Hamilton: "A lot of people think it is only happening in the states. Yes, there is the police brutality in the states but systemic racism is across the world."

@Maciek hopes for the best following the news of Williams’ sale:

Maybe this particular investment firm will turn out not to be a bunch of lecherous vampires sucking a company dry before discarding the remnants. As Murray Walker would say, ‘anything can happen in F1’.

But it’s very sad to see what was once a true racing team end on a vomit-ous corporate whimper of ‘delivering best outcomes for shareholders’.
@Maciek