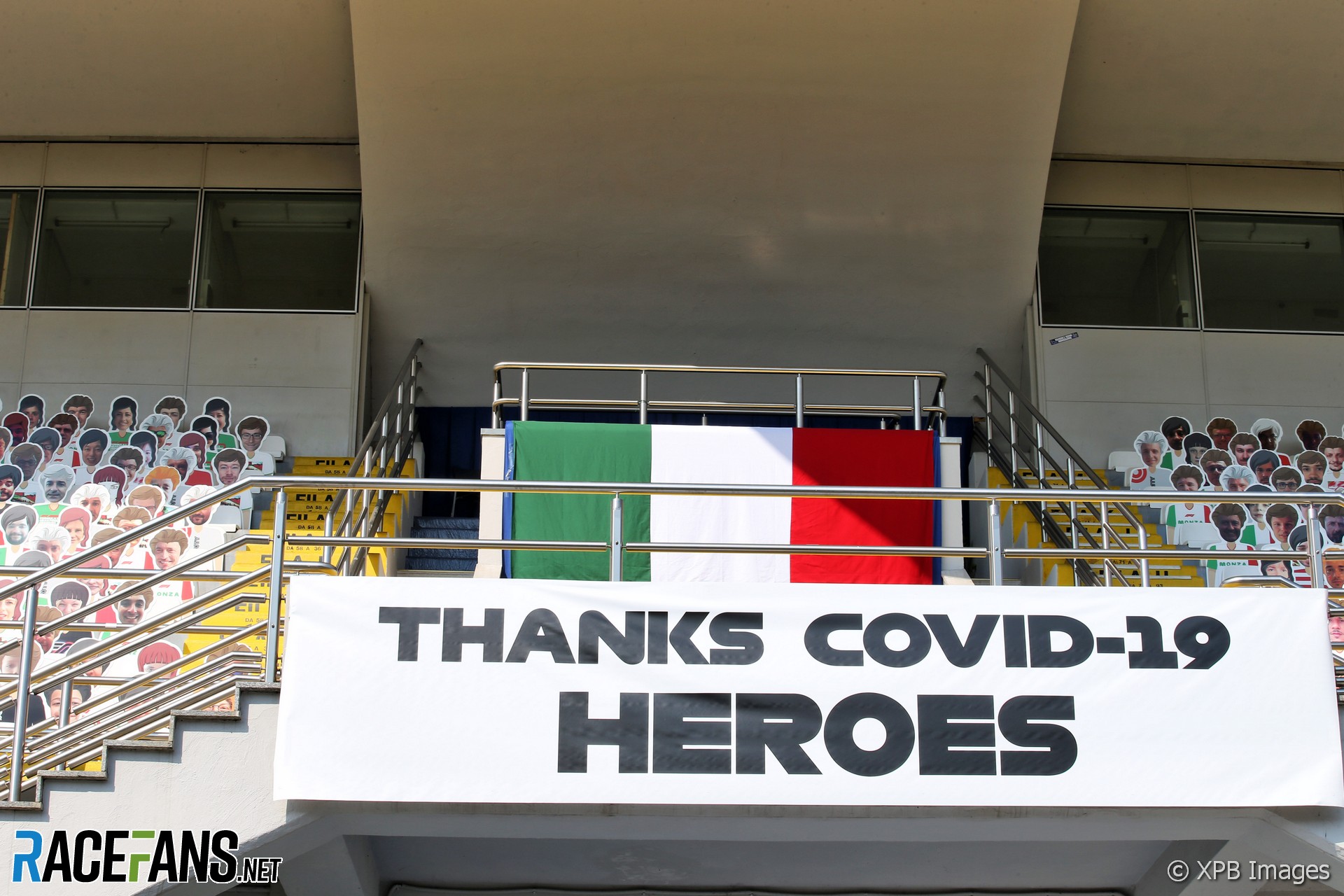 Much of the restrictions put in place to allowed Formula 1 races to go ahead in response to the Covid-19 pandemic are likely to remain for next season, the FIA believes.

Formula 1 and other motorsports have enforced tight restrictions on personnel to limit the potential spread of the virus following the delayed start to their seasons.

Teams are not allowed to mix within the paddock and media access has been restricted. While no fans were admitted to the first eight races of 2020, a small number of spectators have been allowed into this weekend’s race at Mugello, and larger audiences will be permitted at future rounds.

However with cases of the virus rising in many countries, and doubt remaining over when a vaccine might become available, the sport’s governing body believes many of the Covid-19 restrictions will still be needed in 2021.

FIA president Jean Todt said they are consulting with medical experts on the likely spread of the pandemic over the coming year.

“Eric Caumes has been helping us, he is among the very few French experts on epidemiology,” said Todt. “We have been blessed to have [FIA Institute president] Gerard Saillant – in fact he was introduced to us by Gerard Saillant – and he’s helping us.

“I must say together with all the team at the FIA it has been an excellent job. Some times it’s constraining, but with great results.”

Caumes said in his view “2021 will be like 2020” in terms of the precautions which will be needed to control the virus.

All personnel connected with the running of Formula 1 races are required to produce negative tests for Covid-19 before entering the paddock. Since the season began a total of 47,290 tests have been administered and nine positive cases of the virus were discovered. These included two positive tests for Sergio Perez, who missed both races at Silverstone as a result.

The pandemic caused significant disruption to this year’s championship including the cancellation of at least a dozen races and the addition of new rounds at circuits which were not originally part of the schedule. The 2021 F1 calendar has not yet been confirmed.