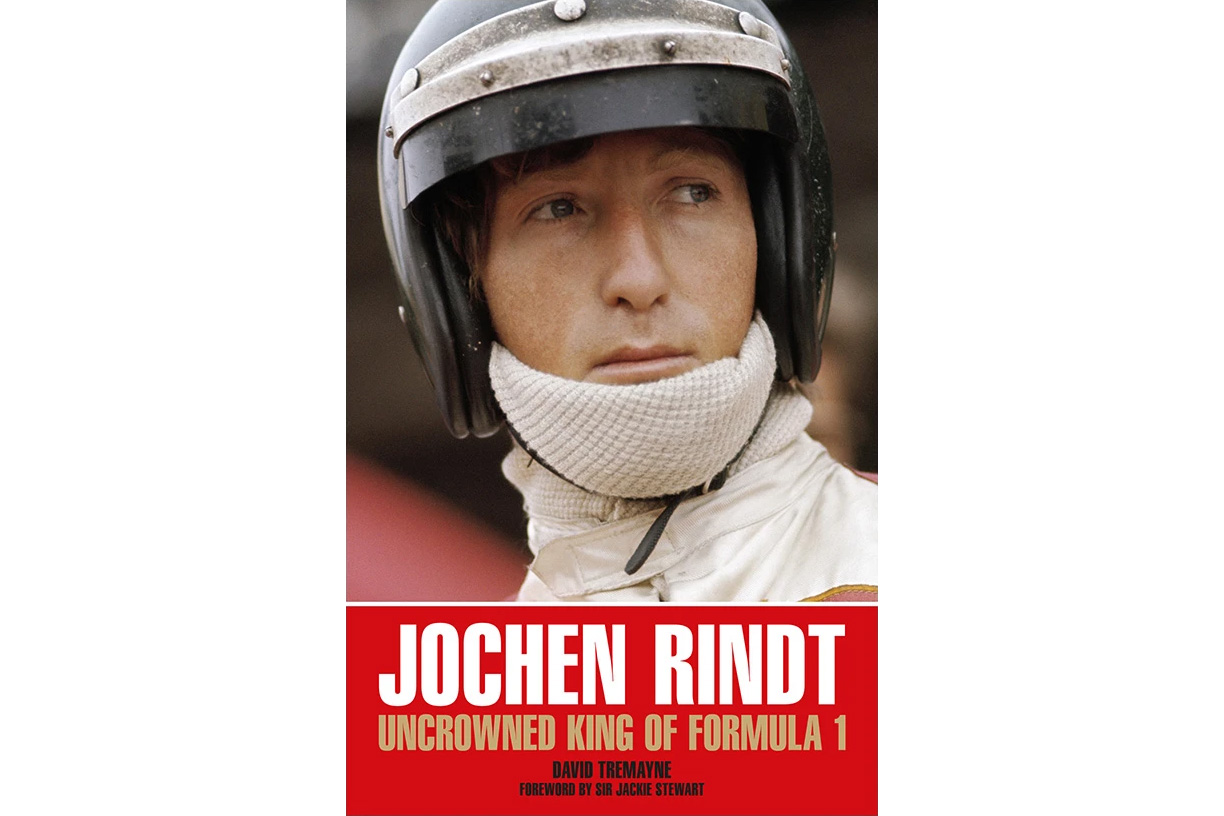 For fans of books on Austrian racing drivers it has been something of a bumper period, with Jon Saltinstall and Maurice Hamilton’s excellent Niki Lauda retrospectives, and now a reissue of David Tremayne’s – Jochen Rindt Uncrowned King of Formula 1 (if you’re sitting on an unpublished 800 page opus on Patrick Friesacher, now could be your moment).

Tremayne’s satisfyingly deep biography of Jochen Rindt, “Uncrowned King of Formula 1”, was originally published a decade ago by Haynes as a large, extensively illustrated hardback offering. Marking the 50th anniversary of his death, the book has been reissued by Evro as a paperback which, though still hefty, is a more accessible format.

The text can hardly be faulted. As with his Jim Clark book a couple of years ago, Tremayne goes into exhaustive detail about Rindt’s life and career (at almost 500 pages this is not a quick read) while always remaining highly readable. Though Rindt’s life came to a tragic early end, there is much to enjoy in this history of a driver who, like many of his rivals, raced in multiple categories.

Newer fans seeking a window into how the sport was over 50 years ago will find plenty to interest them here. This is particularly the case in the later years of Rindt’s career as the sport started to move recognisably towards the modern era.

Longer-term Rindt fans may give this edition a miss, I couldn’t spot many updates from the 2010 publication, and if you picked it up then I’m not sure you’d necessarily want the paperback as well, except for completeness.

After a recent run of sizable hardbacks, though, it is great to see ‘Jochen Rindt’ appearing in paperback at a price point which should attract casual fans as well as collectors. It is certainly well worth your time.