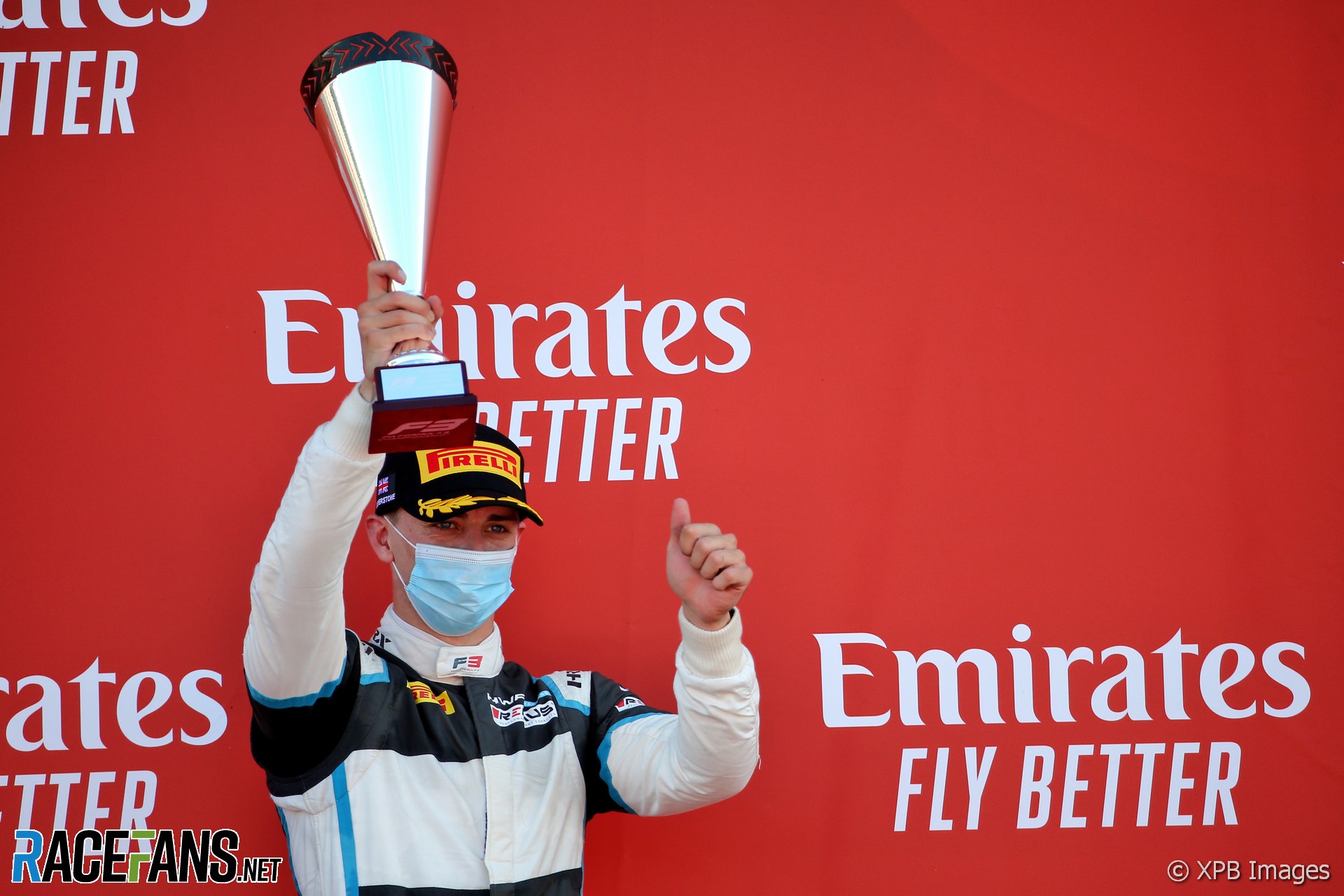 Formula 2 race winner Nobuharu Matsushita has stepped down from the MP Motorsport team in a series of driver moves which will see Jake Hughes make his debut in the championship.

Matsushita won the feature race at Circuit de Catalunya for MP last month but had fallen to 12th in the championship having failed to score since the Spanish double-header. MP said in a statement Matsushita “has decided to move on to fresh challenges elsewhere” and they “part ways on good terms and wish each other every success for the future”.

His place will be taken by former HWA racer Giuliano Alesi, who is currently 17th in the standings. Alesi’s seat goes to 26-year-old Hughes, who scored two wins for HWA in Formula 3 this year on his way to seventh in the championship, which concluded at Mugello.

“We are delighted that we can give Jake the chance to prove his undeniable talent in Formula 2 in Sochi,” said HWA team principal Thomas Strick. “This perfectly matches our philosophy of building up talented youngsters step by step and leading them to the top level of motorsport.”

Hughes made his debut in F3 (previously GP3) in 2016. “Over recent years, Jake has delivered convincing performances as a driver out on the circuit and as a real team player,” continued Strick.

“We would like to thank Giuliano for his efforts in his appearances for the team. He scored the first points for us in Formula 2 to write his name in the team history of BWT HWA Racelab. We wish him all the best for the future.”