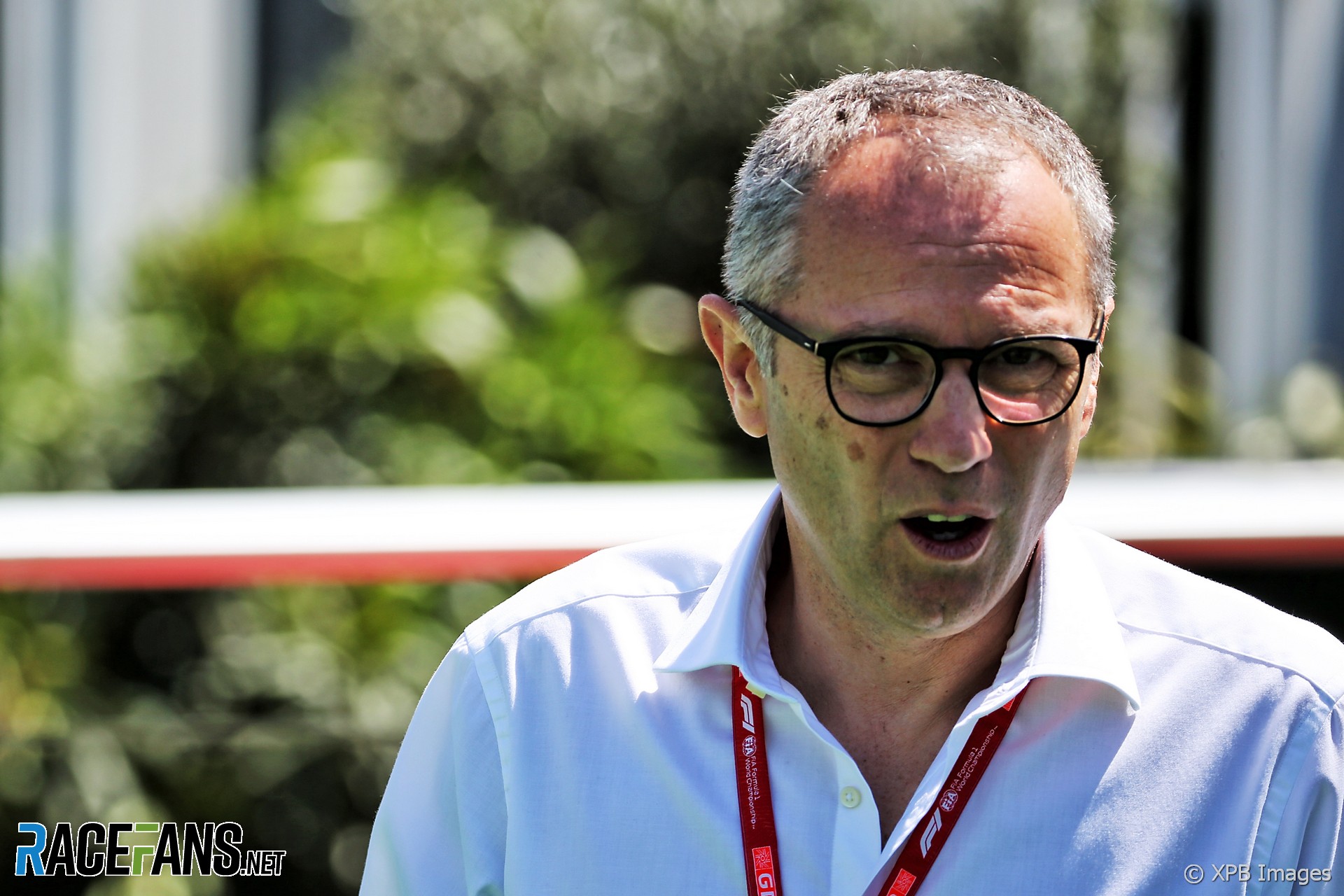 Formula 1 has confirmed former Ferrari team principal Stefano Domenicali will take over from Chase Carey as the sport’s CEO in January.

Carey, who became CEO in 2017 following Liberty Media’s takeover, will take a new role as a non-executive chairman.

Domenicali said Formula 1 “has always been part of my life” and he is “thrilled” to be taking on the new role.

The 55-year-old became a member of the FIA’s single-seater commission following his departure from Ferrari in 2014. He took over as CEO of Lamborghini in 2016.

“I’ve remained connected to the sport through my work with the single seater commission at the FIA and I look forward to connecting with the teams, promoters, sponsors and many partners in Formula 1 as we continue to drive the business ahead,” said Domenicali.

“The past six years at Audi and then leading Lamborghini have given me broader perspective and experience that I will bring to Formula 1.”

The news of Domenicali’s appointment was first revealed by RaceFans on Tuesday. Red Bull team principal Christian Horner described Domenicali “one of the good guys” and said his appointment is a positive move for F1.

“Having competed against him when he was the team principal of Ferrari, he had a lot of integrity, he was a racer, a competitor. He understands the business.”

“He’s done a great job at Lamborghini and I think he will be a real asset to Formula 1,” said Horner.

Domenicali joins two other former members of Ferrari’s senior staff in key positions running the sport. These are Ross Brawn, F1 managing director, whom Domenicali will work alongside, and his predecessor as Ferrari team principal, Jean Todt, who became FIA president in 2010.

However Horner said he is not concerned Domenicali will be influenced by any lingering sympathies for the team he left six years ago.

“Obviously, you look at the make-up of the top end of the sport with Jean Todt, Ross Brawn and Stefano and it looks like a mid-1990s or early-2000 Formula 1 set-up.

“But I don’t think that there will be any particular bias or love towards Ferrari from any of those individuals. So I’m sure the Stefano will be, if he takes the role, [scrupulous] in his impartiality.”

“He assembled a first-class commercial and sporting organisation that has a long list of achievements, including broadening the appeal of the sport, growing its digital presence, establishing new technical regulations, securing a cost cap for the first time and reaching a new more equitable Concorde Agreement with the teams.

“His actions have reinforced F1 as the pinnacle of motorsport. As always, he has been a great partner and I look forward to his continued counsel in his new role as non-executive chairman.”

The opportunity to run Formula 1 had been an “honour”, said Carey. “I’m proud of the team that’s not only navigated through an immensely challenging 2020 but returned with added purpose and determination in the areas of sustainability, diversity and inclusion.

“I’m confident that we’ve built the strong foundation for the business to grow over the long term. It’s been an adventure and I’ve enjoyed working with the teams, the FIA and all of our partners. I look forward to staying involved and supporting Stefano as he takes the wheel.”