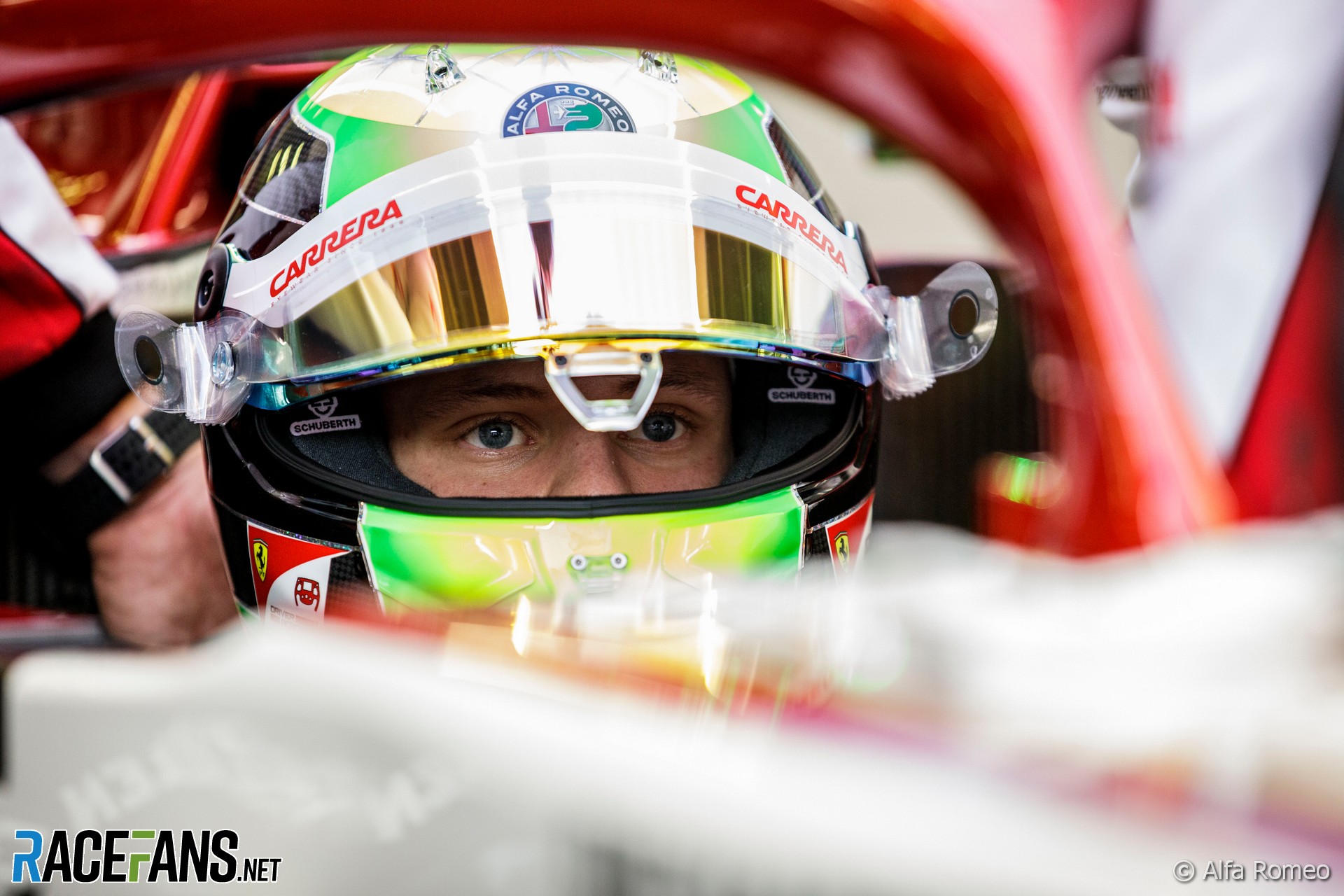 Mick Schumacher and Callum Ilott will have to wait to make their Formula 1 race weekend debuts after the first practice session at the Nurburgring was cancelled due to poor weather.

Rain and low-lying cloud at the circuit, which is holding the Eifel Grand Prix this weekend, meant the medical helicopter was unable to take off. As this meant no rapid route to a local hospital was available in the event of an emergency, the opening practice session could not go ahead.

“It is pretty challenging with the fog that’s come in, the medical helicopter is not able to take off and fly to the hospital and the distance by road is far too far should something occur,” said Formula 1 race director Michael Masi.

“With the region we’re in, it’s probably not dissimilar to Austria earlier in the year where we had a similar situation. It’s just the nature of the area and the location and the fog’s come and and been going up slightly but coming back down dramatically so obviously we’ll just judge at the time.

“Obviously from an FIA perspective, the safety of all participants, particularly the drivers going out, is paramount and that’s not something that we would compromise.”

Race control initially advised teams the session would begin as scheduled at 11am, but the pit lane exit would not be opened. Further updates were promised at half-hour intervals, but each time the organisers confirmed the conditions had not improved enough for the session to begin.

The weather deteriorated throughout the 90 minutes scheduled for the practice session. The decision to cancel it was taken half an hour before it would have ended.

Ferrari Driver Academy members Schumacher and Ilott had been due to drive for Alfa Romeo and Haas respectively, making their first appearances in an official race weekend.

The Japanese Grand Prix was originally scheduled to take place this weekend, but was cancelled along with many other races due to the Covid-19 pandemic. The Eifel Grand Prix was added to the calendar in its place.

F1 is racing at the Nurburgring for the 41st time in its history, but this is the latest in the year a race has ever been held at the track.