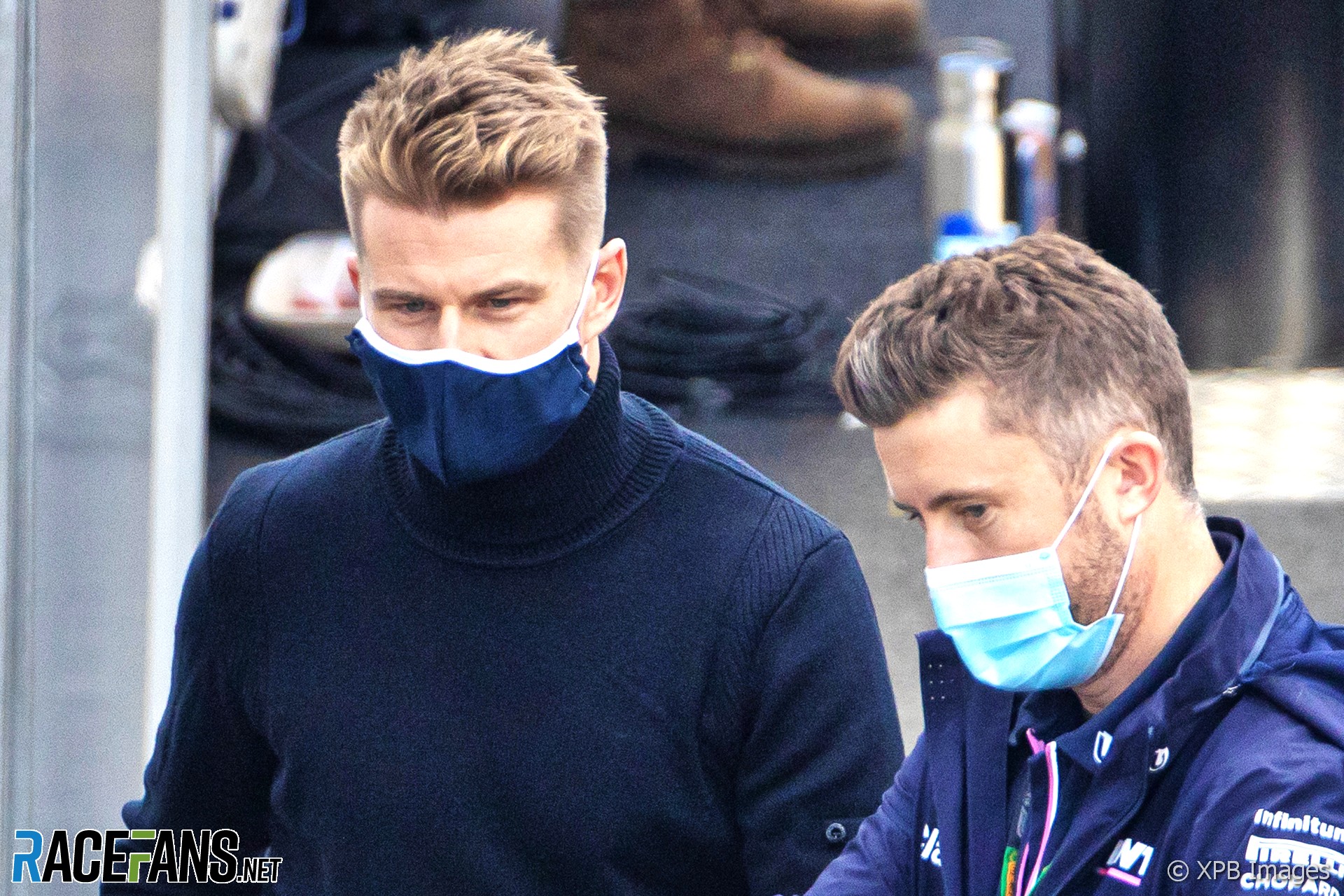 Nico Hulkenberg has been recalled to make his third appearance in an F1 round this year for Racing Point.

He will take over from Lance Stroll, who missed this morning’s practice session due to illness. Hulkenberg previously stood in for Stroll’s team mate Sergio Perez when he tested positive for Covid-19 ahead of the two rounds at Silverstone earlier this year.

“Lance didn’t feel 100% this morning and the team took the decision not to run him for the rest of the event,” said Racing Point in a statement.

As final practice has already been completed Hulkenberg will not have an opportunity to drive the car before the qualifying session begins at 3pm local time, less than an hour from now. The veteran of 178 grands prix arrived at the Nurburgring during this morning’s hour of running.

Hulkenberg is currently 15th in the championship standings with six points, which he scored in the 70th Anniversary Grand Prix. He failed to start in his other appearance this year, at the British Grand Prix, due to a power unit problem.

The FIA stewards have formally approved Racing Point’s request to change drivers for this weekend, which will involved Hulkenberg taking over the power unit components allocated to Stroll. Hulkenberg and Perez are therefore reunited as team mates for the first time since 2016 when they drove for the same team, when it was called Force India.