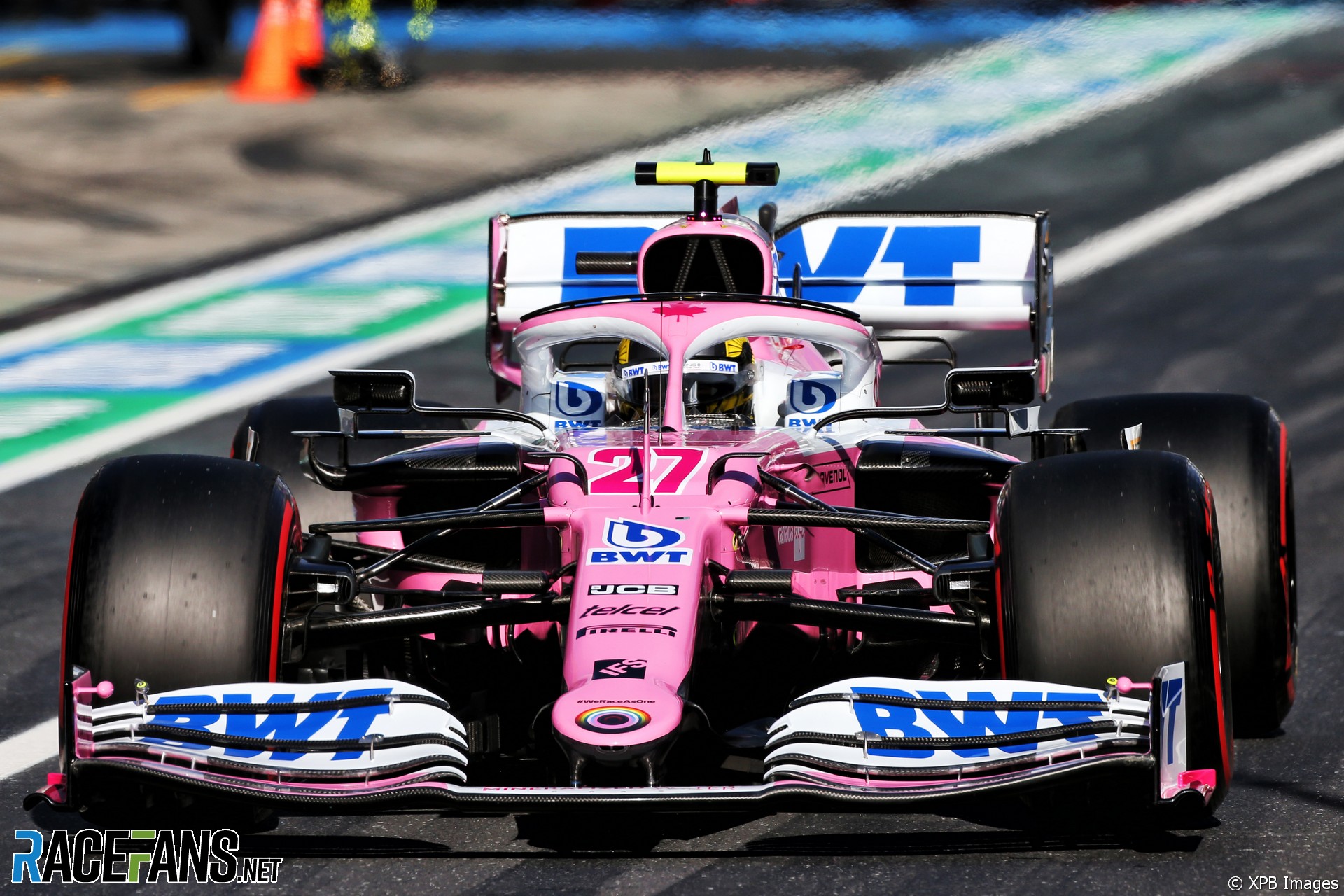 The suspension upgrade Racing Point recently introduced to their car was prompted by feedback from substitute driver Nico Hulkenberg during his two appearances for the team earlier this year.

Racing Point’s technical director Andrew Green said the “rear suspension and front suspension changes that we made were as a direct result of him driving the car in Silverstone.”

Hulkenberg made an unplanned return for the team at the Nurburgring last weekend after Lance Stroll was taken ill. That gave Hulkenberg an unexpected chance to give feedback on the changes instigated by his previous comments.

“He mentioned things that he had [wanted to be] changed in the car and how we go about setting the car up and the feel he gets from the car. And we made those changes after Silverstone not expecting him ever to get back in the car again and drive it.

“But lo and behold he does and we get the feedback about the developments we made on the car. So that was really interesting and really important.”

As Hulkenberg only drove the car briefly in Q1 on Saturday, he wasn’t able to give a proper assessment of the car changes until after the race.

“These sort of changes we’re talking about, you can’t adjust to them in four laps, which is effectively what he had to do on Saturday afternoon when he had four flying laps,” said Green. “For him to adjust to the changes that we’ve made since Silverstone was going to be nigh-on impossible.

“So he needed time in the car, which is what he didn’t have. But by the end of the race, he had plenty of time in the car and his feedback was invaluable.”