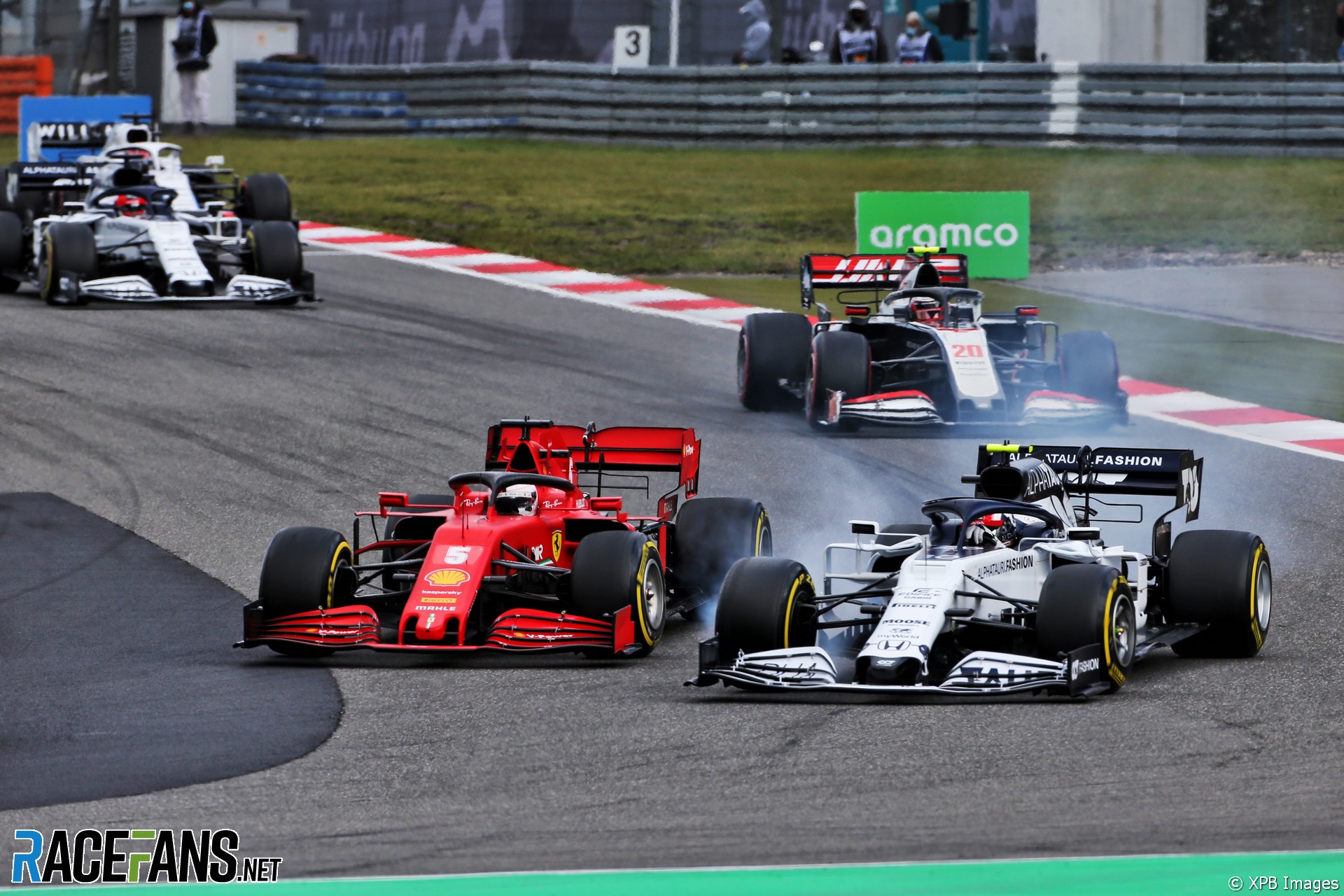 Formula 1 drivers believe cutting practice could lead to better races by increasing the potential for unpredictability.

Lando Norris was among those who relished the difficulty of setting his car up for qualifying in just one hour after low-lying cloud caused the cancellation of Friday’s running at the Nurburgring.

“It was a good challenge for everyone – for the engineers and for us drivers – to try and nail everything so quickly, within one hour, into qualifying. It was hectic but, from my side, I think it was it was also quite fun at the same time.”

His team mate Carlos Sainz Jnr agreed, despite having struggled with a new aerodynamic package on his car which McLaren had little time to set up. “It is fun to change now then and go into quali without so much experience,” he said.

Williams driver George Russell also appreciated the break from the norm and the potential for greater variability it offered.

“I think if we ditch Friday altogether it will be a little bit more chaotic because we don’t get that practice to get the right cooling on the car, to get the right brake nozzles, to feed the right temperature into into the tyres,” he said.

“But from my personal side, I enjoyed it. It brings opportunity because everyone’s into the unknown. I guess it depends how much of a risk you, as a team, would like to take with these things, because you don’t have the time really to test to know for sure.

“I do believe the level is so, so high in Formula 1 that people don’t often make mistakes but a lot of the reason for that is because we do so much practice.”

“I don’t think we should drop Friday altogether but I do believe four hours of practice is too much,” he added. “Two sessions would be nice.”

However Kevin Magnussen said he would prefer the schedule to feature less practice because it creates opportunities for drivers to make more of a difference.

“I think is really good fun,” said the Haas driver. “It puts a lot more pressure on third practice, so I’d much prefer to have it like this.

“It gives you an opportunity, if you hit the ground running on Saturday morning, then you could really make a difference if you if you just really nail it from the beginning.”

Magnussen doubted smaller teams like Haas particularly stood to benefit from such a change. “The bigger teams have better opportunities to prepare,” he explained. “Better simulations, they just have better tools and that’s going to, in this situation, give them the edge.

“But as a driver, you can make a bigger difference, if you’re good at adapting. The bigger teams benefit from any situation, rather than the smaller teams.”