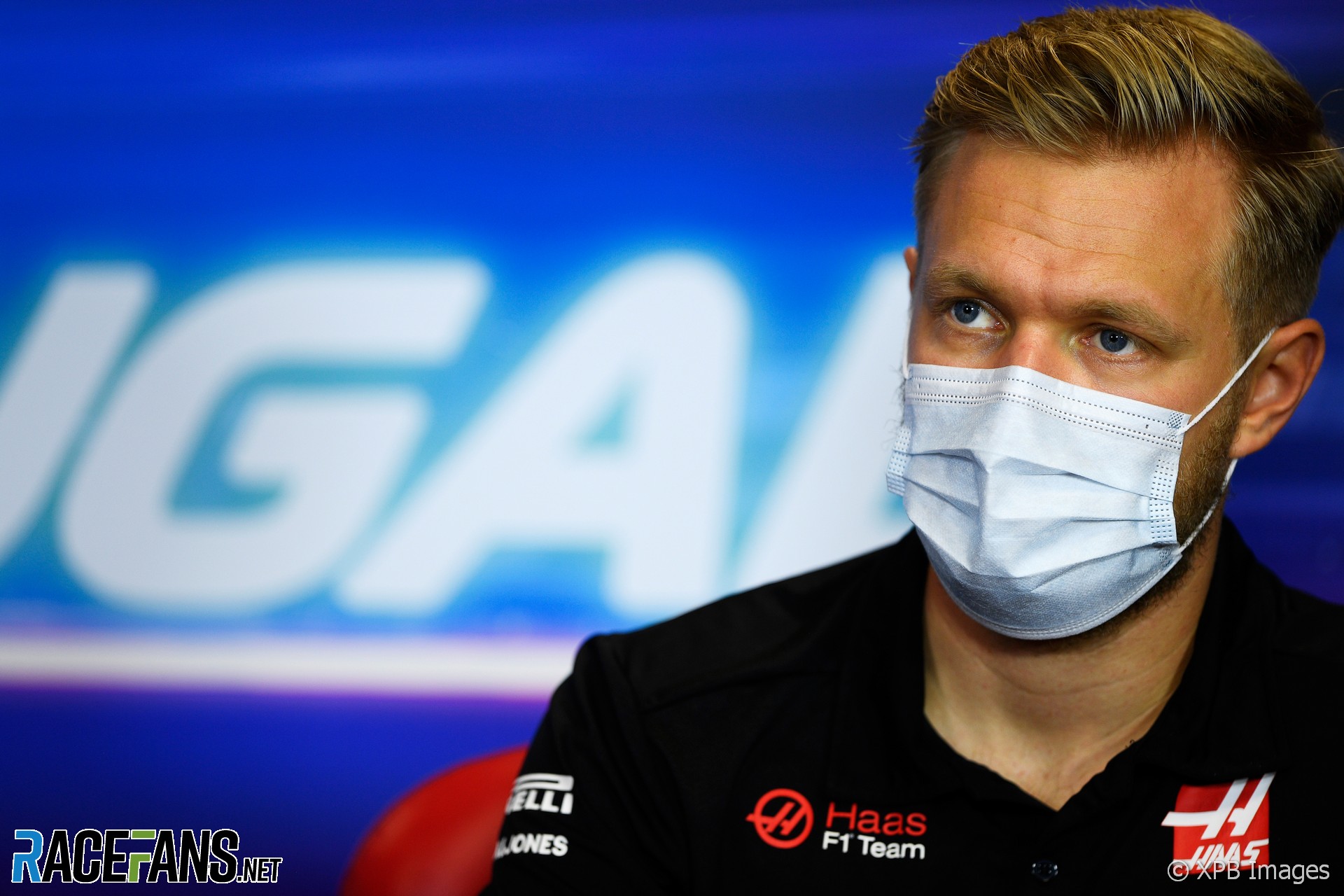 A reunion between Kevin Magnussen and his former team McLaren in IndyCar racing is not on the cards, according to McLaren Racing CEO Zak Brown.

Magnussen made his F1 debut with McLaren in 2014. He will part ways with Haas at the end of this season and has said he is considering a move to IndyCar racing.

“IndyCar has been something that I’ve been interested in always,” said Magnussen. “My dad was an IndyCar driver back in the nineties and I’ve been to into IndyCar races with him as a small child and just always thought it was super cool. I would love to have a go in that sometime.

“But at the moment I think even outside of Formula 1 the whole motorsport world is hit by these times that we have this year and it doesn’t look easy to get good deals over there. So we’ll see. I’m not saying no to it at all and not saying it’s impossible, but it looks slightly difficult.”

Brown’s McLaren SP IndyCar team will split from one of its full-time 2020 drivers, Oliver Askew, at the end of the year. However Brown said his seat alongside Pato O’Ward will go to another driver.

“Kevin is a very fast driver, very aggressive, which I think fits IndyCar driving style,” said Brown. “[But] we do have our driver line-up sorted.

“One of those drivers is announced, Pato, one yet to be announced. So I don’t think there is a window of opportunity for Kevin in our IndyCar team. Had there been, he would definitely have been considered.”

Brown previously indicated he would be interested in running an additional car for Sergio Perez, who is also yet to confirm his 2021 plans. But he suspects the Racing Point driver, who has been linked to a move to Williams, will remain in Formula 1.

“I think Sergio, too, is an extremely good talent and someone that would be great to have in an IndyCar,” said Brown. “But I suspect he’ll stay in Formula 1. I don’t know that for sure, but I think a third car for us, other than at the Indy 500, is unlikely.”

Magnussen said part of the appeal of moving to another series would be the chance to score his first victory since he won the Formula Renault 3.5 championship in 2013.

“But we’ll see. There’s not a lot of seats left. And also I really miss winning. I miss the feeling of winning races. That’s kind of really something that I’ve started to think about quite a lot recently, how much I missed that.

“We’ll see where that opportunity is and what comes my way and then I’ll take a decision some time.”