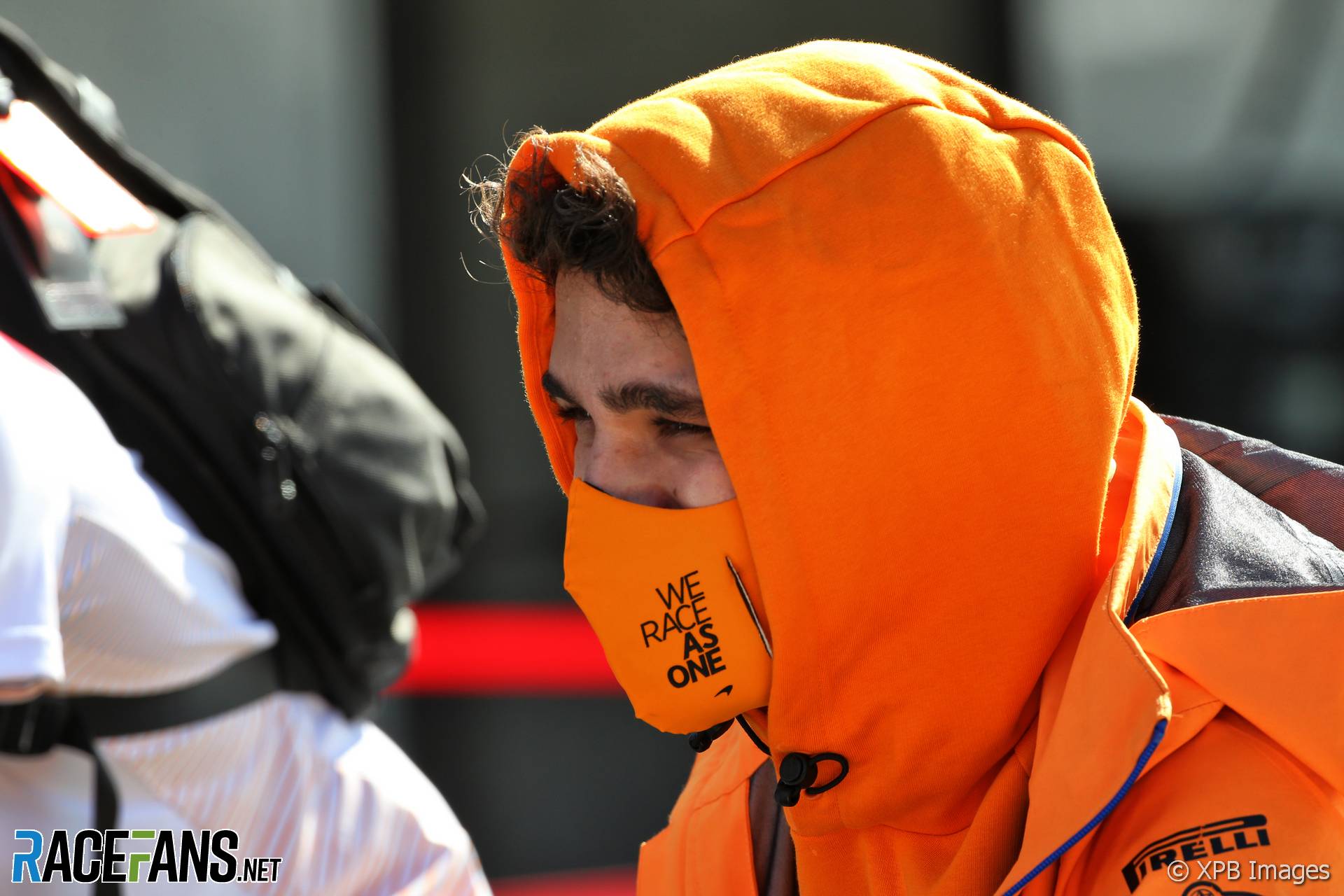 Lando Norris said Lewis Hamilton’s record-breaking achievement in the Portuguese Grand Prix was a matter of him “doing the job he has to do” in a superior car.

Hamilton scored the 92nd victory of his career on Sunday, which moved him ahead of the former record for most Formula 1 wins previously held by Michael Schumacher.

Asked for his view on his fellow Briton’s achievement, Norris said: “I’m just happy for him, nothing more.

“It doesn’t mean anything to me, really. He’s in a car which should win every race, basically.

“He has to beat one or two other drivers, that’s it. Fair play to him, he’s still doing the job he has to do.”

Norris ran in close company with Hamilton early in the race while team mate Carlos Sainz Jnr took the lead.

“We had an amazing start, both of us, as a team,” he said. “To see two orange cars first and third was pretty cool. It didn’t last very long. But we had a really good start and we put our car in the right position and we drove well. So I’m happy for what I did as well.”

Norris finished the race out of the points after being forced to pit following a collision with Lance Stroll, which the Racing Point driver was penalised for.

“We suffered a bit with the graining on the front tyres, we dropped quite quickly,” said Norris. “And then we had the incident with Stroll.

“From what I did, I feel like I did a good job. We just got unlucky with other people doing stupid things.”

196 comments on “Norris: ‘Hamilton’s car should win every race, he only has to beat two drivers’”