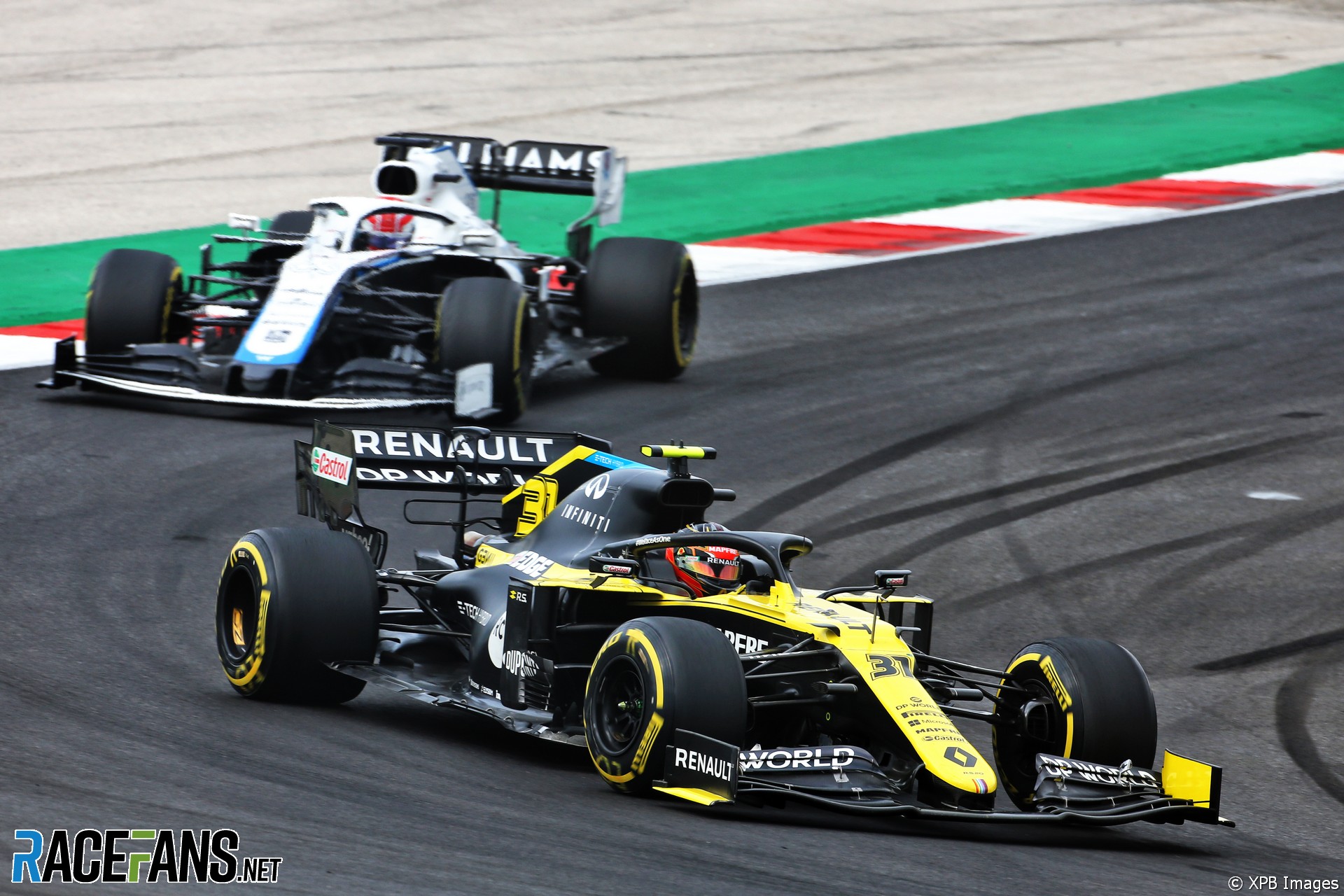 In the round-up: Esteban Ocon says he could have driven the entire Portuguese Grand Prix on his first set of tyres.

Ocon did 55 laps on his original set of medium tyres and said he was still getting quicker on them when he had to make his mandatory pit stop:

It was a pretty decent race, pretty crazy I would say at the start. As soon as [the lights] got red, the rain started to drop. So I was like, ‘wow, good timing’.

So it was a very slippery couple of corners. But we managed to make those mediums last for a very long time and that was really good. Very pleased with that, the communication between myself and the team worked really well.

We did, I don’t know, 55 laps with the same set of tyres, still going faster lap by lap so very satisfying on that side. We had to pit, but actually I probably could have finished the race on that set, so that was nice. And to have both cars in the points on a weekend where we are struggling a bit for pace shows that even in tough moments we can perform and be in the points.

Fake news alert: Reports @Max33Verstappen has donated money to an Armenian soldiers' fund have been dismissed by his team:

"Max Verstappen's management confirm that Max has no knowledge of this organisation and no donation had been made."#F1 pic.twitter.com/0TubzGdLsE

"He is undeniably one of the best athletes in history and an inspiration to so many young people."

"One suggestion was to modify the chicane at Turn 11/12 in an effort to make a heavier braking zone, while others have suggested tightening the right-hander at Turn 13."

"I'm disappointed. We could have won six or seven (races). I don't know that I would change much about what we did this year."

Gasly deserves another shot at Red Bull. What does he have to do to prove himself now?

Unlike Kvyat, he bounced back after being dropped from the main team. I like Albon, but he’s not done any better than Gasly, and they are giving him a lot more chances. Yesterday’s race was a very mature drive from him, taking care of the tyres well and battling his way up the order.

As much as I’d love to see the likes of Hulkenberg landing that spot at the second Red Bull, Gasly thoroughly deserves another promotion. After all, he’s a F1 race winner, the only one of those currently available for a seat next year (except for Kimi of course).
@Fer-no65:

51 comments on “Ocon: I could’ve finished the race on my first set of tyres”