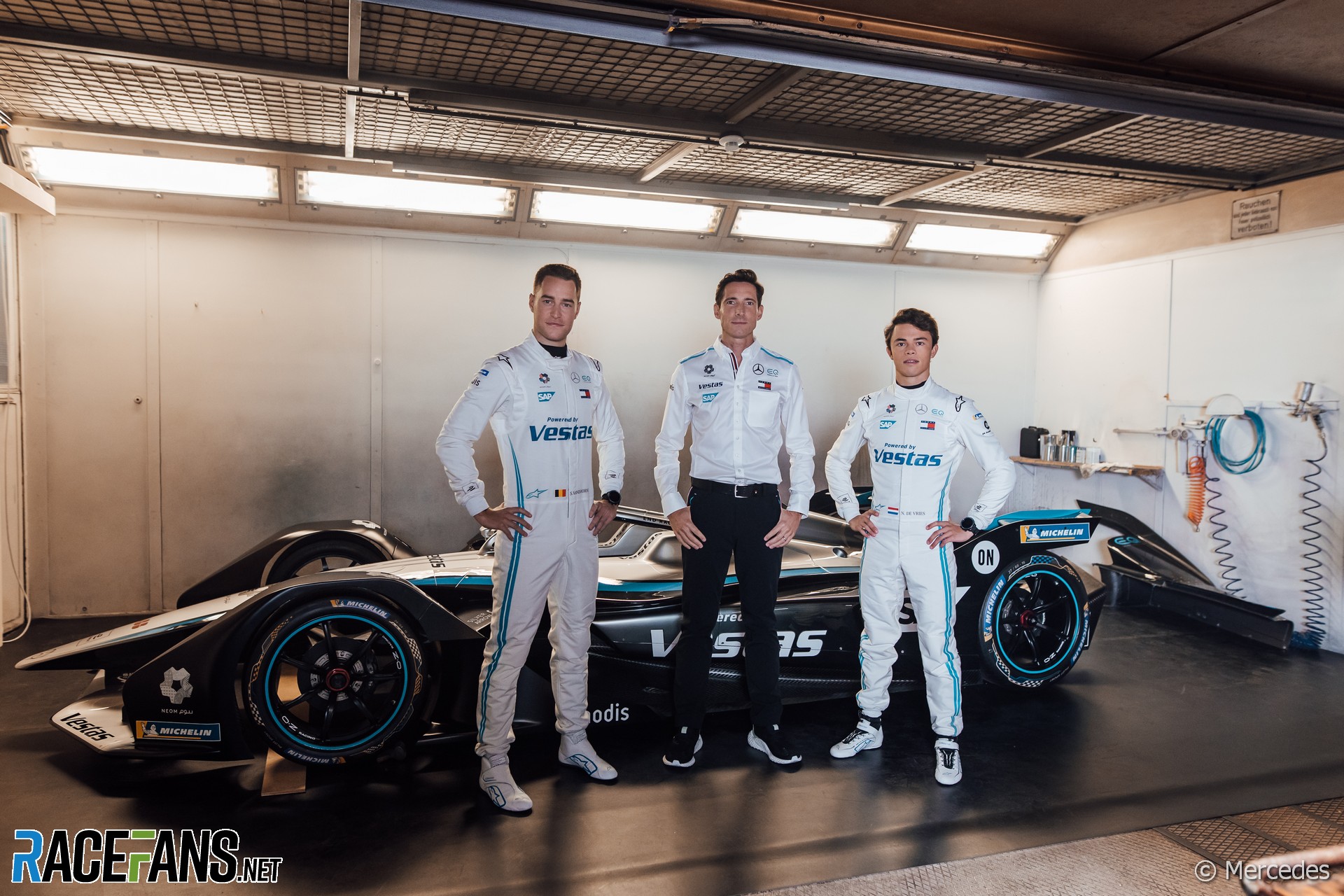 Stoffel Vandoorne and Nyck de Vries have been confirmed as Mercedes’ Formula E drivers again for their second season in the championship.

However Vandoorne is unsure whether he will retain his role as Mercedes’ F1 reserve driver, which he took over this year.

Vandoorne took up the dual Mercedes role after losing his place in McLaren’s Formula 1 team at the end of 2018. He was in line to drive for Racing Point when Lance Stroll stood down at the Eifel Grand Prix earlier this month, but the team ran Nico Hulkenberg instead, as he had the benefit of recent experience of their car.

Asked whether he will remain a Mercedes’ F1 reserve driver role next year, Vandoorne said: “I don’t know yet at the moment. I can’t tell you because I don’t know myself.

“I guess things will depend on what happens in the Formula 1 driver market. It looks like there are some uncertainties, but we’ll wait and see.

“In any case, I’ll still be working with the Formula 1 team on the simulator, and then we will see about the reserve drive role but I am here, I am ready.”

Mercedes may need to place junior driver George Russell in the reserve role if he loses his seat at Williams. Russell has said Mercedes team principal Toto Wolff will ensure he is on the grid next year.

However speaking on Saturday in Portugal Wolff indicated a test role could be an option for him. “If George were to slip through the system we would happily take him in our squad,” he said.

“We would have a sensational reserve. I’d put him through a mega testing programme and prepare him in the best way for a 2022 blast.”

Mercedes presented the look of its 2021 Formula E car today, which will revert to their classic silver colours having matched the black livery used by the Formula 1 team this year for the 2019-20 season finale in Berlin.