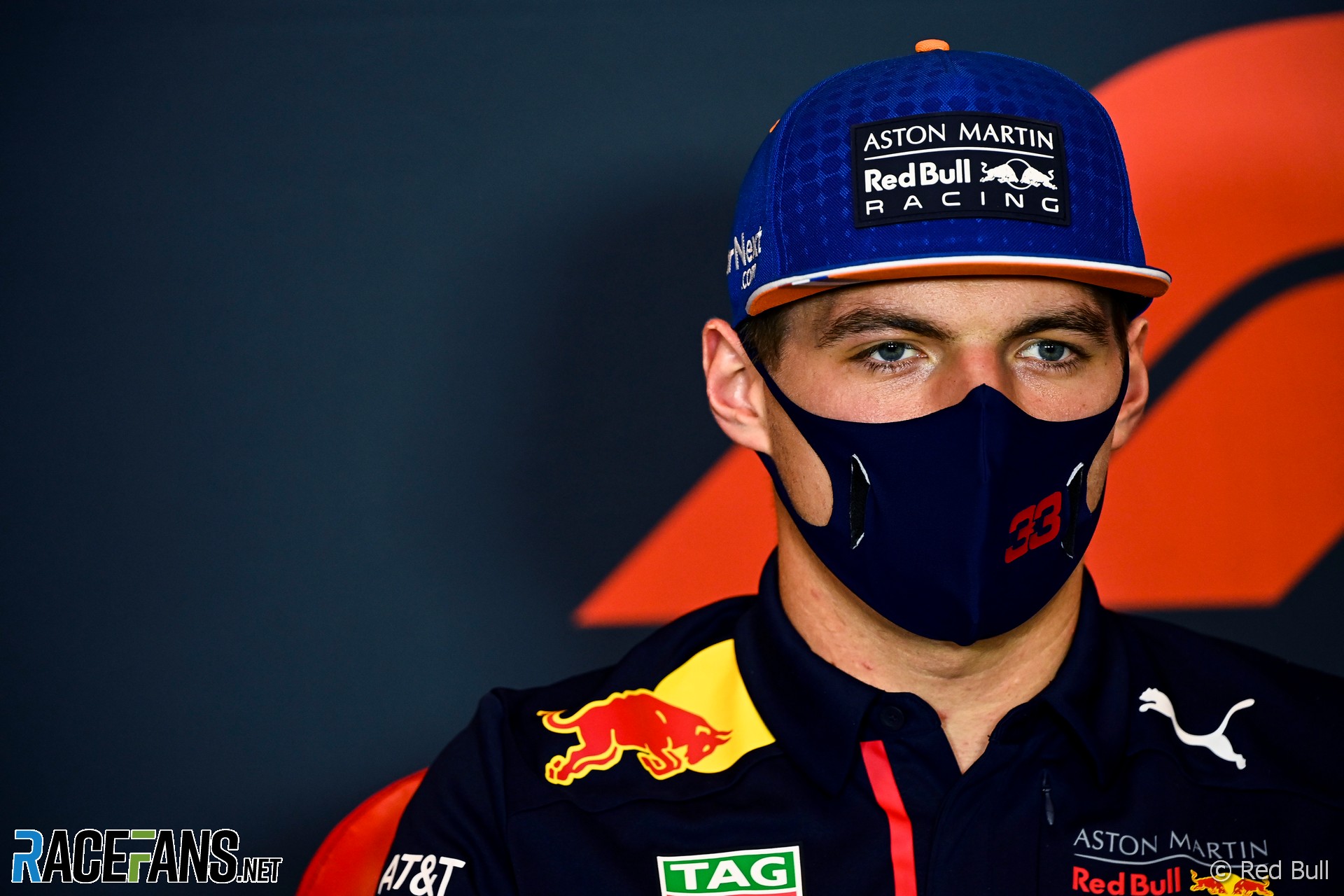 Max Verstappen admitted his choice of words when following his collision with Lance Stroll in Portugal was “not correct” but says those who objected to it “don’t need to make it bigger than it is.”

The Red Bull driver called his rival a “retard” and a “Mongol” – the latter a discriminatory term applied to suffers of Down’s Syndrome – in a profane outburst on his radio.

Asked about his comments in today’s FIA press conference, Verstappen said: “I never intended to offend anyone. That’s never what I wanted.”

He said he made the comments “in the heat of the moment.”

“When you are driving at such speeds things like that can happen. I don’t say that the words I chose were the right ones, I also know that they are not correct but, once again, I never meant to offend anyone with that.”

Verstappen said he spoke to Stroll shortly after their collision, which occured during the second practice session at the Autodromo do Algarve.

“I was swearing at Lance but then, of course, I saw him straightaway after. And that’s what racing drivers are as well, we can be angry at each other.

“But within five minutes, when we talk to each other and look each other in the eyes, then it’s forgotten. So I think sometimes things get a bit heated up from the outside while I never meant to hurt anyone in particular.

“So I don’t think they need to make it bigger than it is. I also know that it was not correct. I cannot change it but of course you learn from it and we’ll do better.”