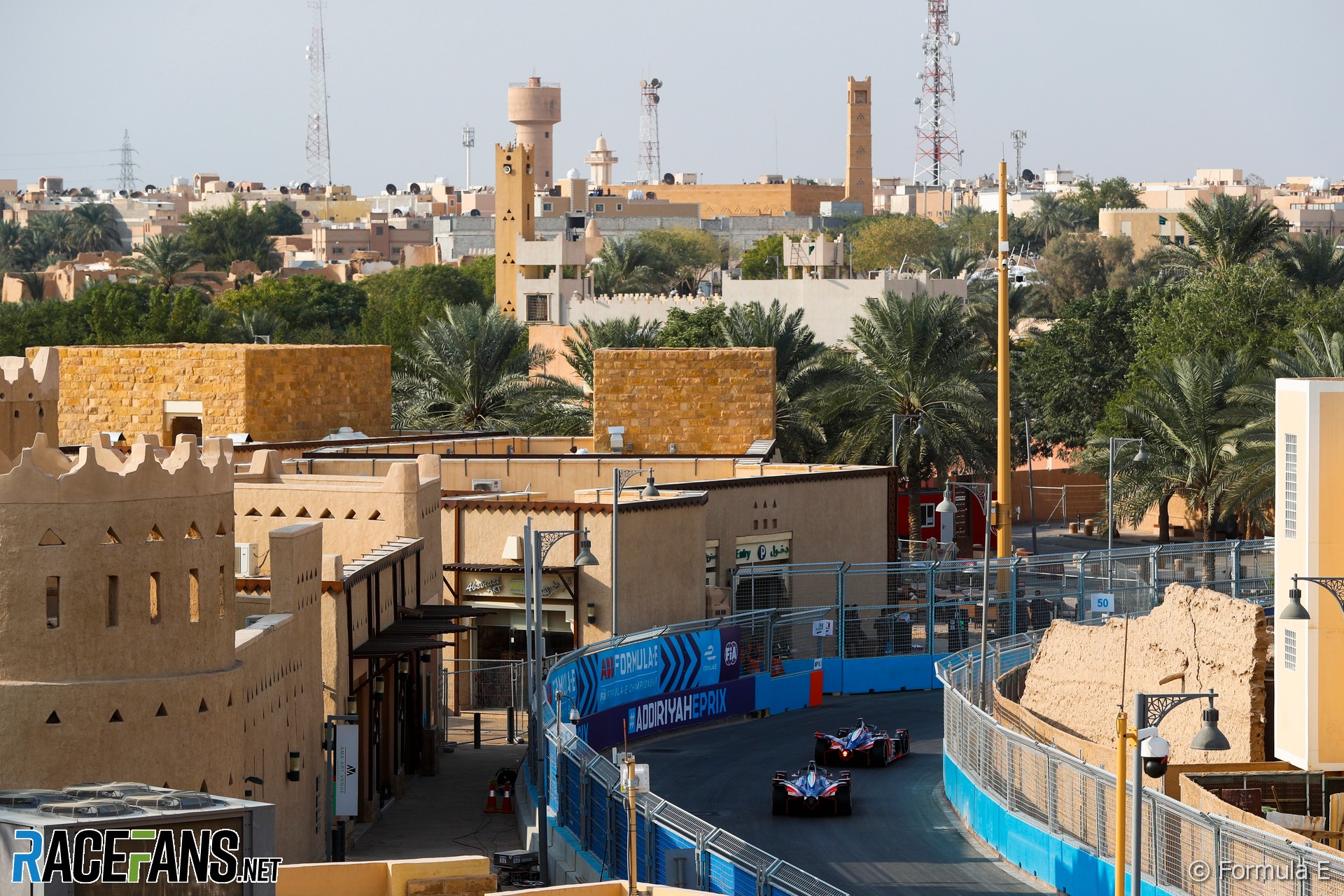 No sooner had RaceFans disclosed last year that Saudi Arabia harboured plans to host a grand prix – slated for the ambitious Qiddiya entertainment city – than the project came under fire from activists over the kingdom’s human rights record and legal processes, which are nothing short of lamentable by western standards.

This was highlighted as recently as last month, as Saudi Arabia failed to gain a place on the United Nation’s human rights council, while the likes of Russia and China were successful. The 2018 murder of journalist Jamal Khashoggi is among the most prominent recent examples of the kingdom’s policies and politics identified by its critics.

Yesterday the country confirmed the 2021 F1 calendar will feature a street race in Jeddah. The event prefaces Qiddiya’s race, which won’t take place until 2023 at the earliest owing to pandemic-related delays, as revealed here in September.

F1’s commercial rights holder Liberty Media and the FIA are bracing themselves for renewed criticism for inclusion of the country on the calendar. But the governing body is in an invidious position as responsibility for the calendar falls within Liberty’s remit.

This is stipulated via a binding 113-year agreement originally entered into by the FIA – then presided over by Max Mosley – and his friend Bernie Ecclestone at the turn of the millennium. No current FIA office-bearers played a part in that agreement, nor can they dissolve the contract, having attempted to do so.

Thus, provided the FIA’s (stringent) administrative and safety standards are adhered to, the governing body has no direct control over where F1 heads to. The regulator would leave itself open to legal action were the FIA World Motor Sport Council to refuse a compliant calendar, particularly as Clause 1.2 of the FIA statutes expressly prohibits the body from discriminating on “political” and other grounds:

“1.2 The FIA shall refrain from manifesting discrimination on account of race, skin colour, gender, sexual orientation, ethnic or social origin, language, religion, philosophical or political opinion, family situation or disability in the course of its activities and from taking any action in this respect.”

Clause 2 (“Aims”) of said statutes state the FIA is charged with developing global motorsport to the highest levels. It would therefore be failing in its duty were it to attempt to block events that meet its standards:

“2.3 Promoting the development of motor sport, improving safety in motor sport, enacting, interpreting and enforcing common rules applicable to the organisation and the fair and equitable running of motor sport competitions.”

Formula 1 is an FIA world championship, and thus any member country that meets the criteria is eligible to host grands prix, not only those countries that embrace western or European cultures and values. Such judgments are for politicians, not sports organisations.

Clearly, then, criticism of the governing body for sanctioning a Saudi Arabian Grand Prix is misguided, and if anything, the race should be viewed as providing opportunities for further engagement with Middle East societies and cultures – as does the Dakar Rally, which held its maiden event in Saudi Arabia in January, and Formula E’s rounds, staged outside Riyadh in its last two seasons.

For its part, new-look F1 under Liberty Media has introduced a number of initiatives to enhance the sport’s ability to foster positive relationships and expects all partners and host countries to respect human rights and sees the inclusion of this race as a major step in that direction. The F1 website details the sport’s commitments to human rights and gender equality.

While these initiatives are most welcome, let us not be naive: Liberty is ultimately in Saudi Arabia for money, having shareholders to satisfy and teams to pay, hence deals in such countries which pay over the odds to stage events. Nor is Liberty alone in pursuing lucrative deals as proved by the FIFA World Cup in Qatar, Winter Olympics in Russia, Summer Olympics in China and others. Forget not that the F1 of old raced in apartheid South Africa and communist Hungary.

The Middle Eastern F1 TV contract ranks amongst the top three by value, so clearly the Saudis have embraced motorsport in a big way – as have most countries in the region. The Formula 1 corporate sponsorship contract with Saudi Arabia’s state-controlled Aramco oil company announced last year is also right up there with the top payers.

Do such deals alone justify events in controversial territories? No, nor should they. If F1 can, though, act as agent for gradual change then such events can be justified – although the ultimate proof lies in actions, not promises. A driving ban for Saudi women was lifted shortly before Formula E raced there; during the event itself a woman participated in the Jaguar iPace support race. Surely that is welcome?

An F1 spokesperson denied yesterday’s announcement was linked to the publication of Formula 1’s latest financial figures on the same day, claiming the Saudis chose to make the event public rather than wait for publication of F1’s 2021 calendar, which is expected in a fortnight. But the markets welcomed the news: the FWONK stock price reacted positively; ditto when F1 last year confirmed Aramco as sponsor. Clearly stockholders are in favour.

There are no doubts that the announcement has not been universally popular. That said, in Imola teams bosses were overwhelmingly in favour of a race in Saudi Arabia, with Ferrari’s Mattia Binotto referring to it as a “a vector for positivity”. Ultimately such events will increasingly form part of F1’s landscape, and thus should be exploited via the platforms they provide for constructive dialogue. Only then are they justified.

103 comments on “Can F1’s controversial Saudi Arabian race really be a ‘positive force’?”