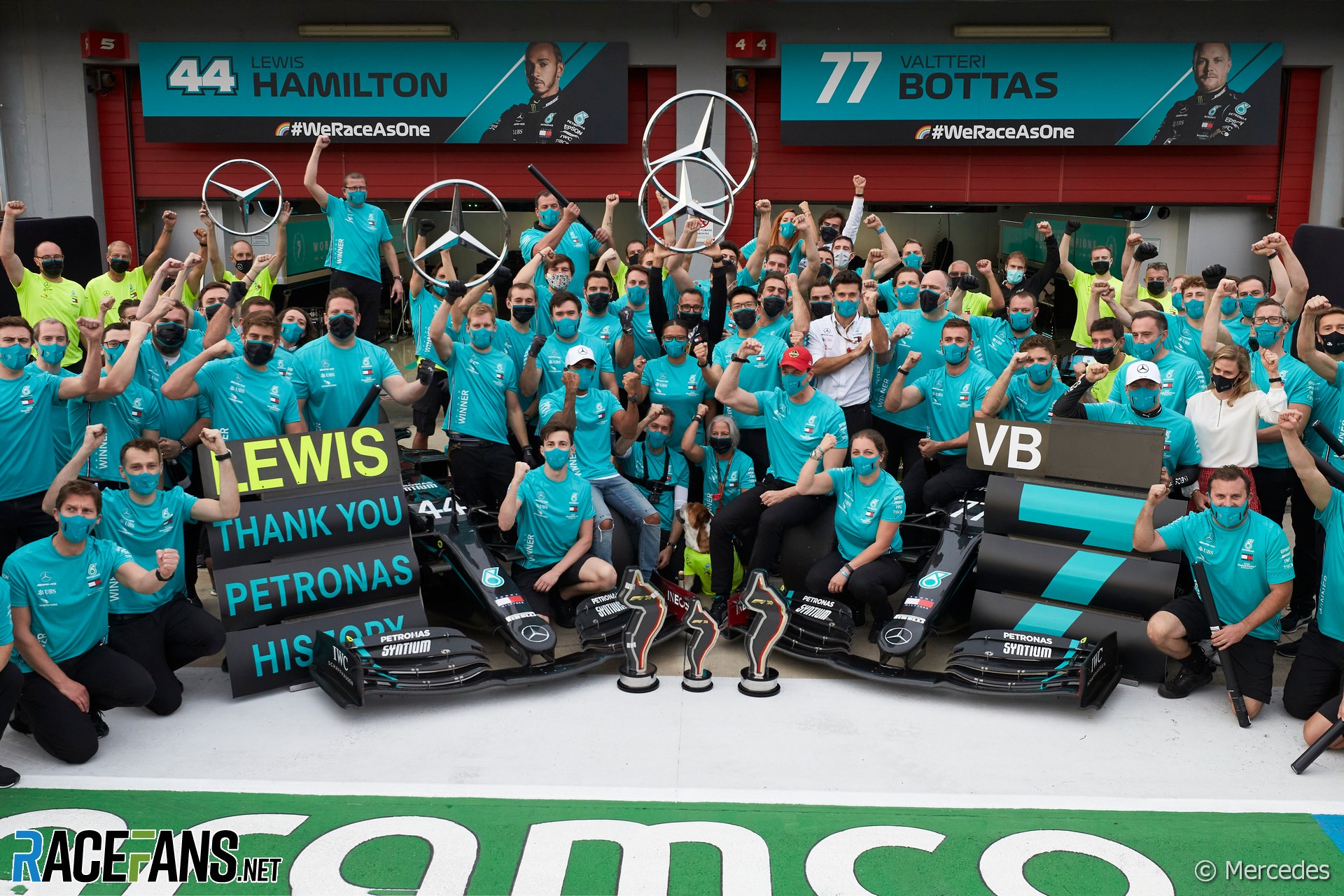 Mercedes trackside engineering director Andrew Shovlin says the team’s celebrations of its seventh consecutive constructors championship victory will be “strange” as staff numbers in their factory have been reduced again in response to the pandemic.

The crew who travel to races were able to celebrate together following their triumph at Imola. But the majority of the team is based in England, where a second lockdown came into force yesterday.

Shovlin said the team’s record-breaking success was “quite incredible” and “difficult to take in because we never set out to get to seven.”

He believes the team’s advantage was being “quite good at fixing problems” and recovering from any setbacks quickly. “When we have a bad day we get on top of it and we come back stronger and that’s how we work, whether we win or lose. It’s definitely part of the reason that we’ve managed to get so far.”

Due to ongoing measures to prevent the spread of the Covid-19 pandemic, only a minimum of staff will be at the team’s chassis factory in Brackley and engine facility in Brixworth. The team will therefore have to conduct virtual and social-distanced celebrations.

“We’re at quite low capacity in the factory now because we’ve dropped it again,” he explained. “People who can work from home are working from home and there won’t be any gatherings.

“But really we’re going to be leaning on technological solutions to try and have our celebrations and keep everyone together.

“It’s a strange one because one of the nicest things about winning championships in Formula 1 is the fact that you do it as a team and it’s going to be strange not getting everyone together but I’m sure that we’ll all find a way to celebrate it.”

The pandemic has made for a compressed and more intense calendar, which Shovlin said has been one of the biggest challenges for the team to cope with in its latest title-winning year. “It’s been incredibly intensive, the number of races,” he said. “You’re viewing them in kind of blocks of three and two and very, very, very little time off and that’s probably been the biggest difference.”