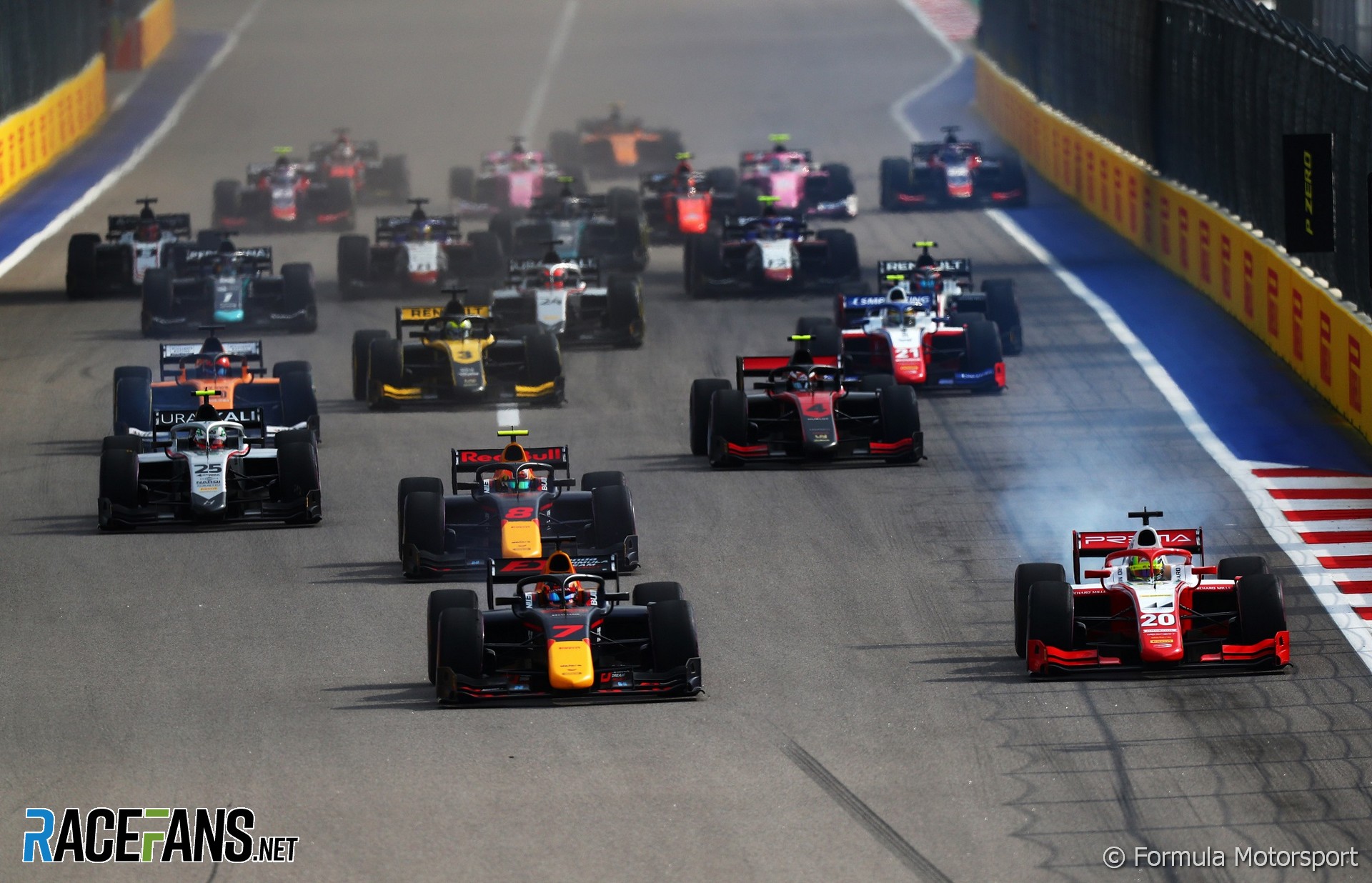 Only one new driver – Nicholas Latifi – arrived in Formula 1 this year. But we could see a few more in 2021.

The curtain has already come down on the Formula 3 season, while the Formula 2 championship will be decided over four final races in Bahrain.

More than one F1 team has indicated it is giving serious consideration to at least one rookie driver for next year. But which ones most deserve a promotion?

The requirements of the FIA superlicence points system, governing which drivers are allowed to race in Formula 1, have been relaxed for the coming season in response to the disruption caused by the pandemic. Nonetheless many drivers in the lower categories may not yet qualify for an F1 seat.

Regardless of that restriction, which drivers from the two lower categories would you most like to see in F1 in the near future?

It’s been a curious season in Formula 2, demonstrated by the fact that with four races left there are still eight drivers who can theoretically take the title. No one has broken clear of the pack, partly because of the unusually high rate of technical failures seen in this one-make, single-specification series.

The top two in the championship, Mick Schumacher and Callum Ilott, have had decent years so far. But given their experience have either stood out as obvious talents of the future in the way Charles Leclerc or George Russell did?

Not really, and though there’s still time for them to produce something special in the final four races, the likelihood is one of them will already be named as an F1 driver by then (most likely Schumacher, at Haas).

The picture is mixed among the rookie crop too. Robert Shwartzman started the season very strongly, but has faded, and now trails Red Bull junior Yuki Tsunoda and Renault’s Christian Lundgaard. In many respects it’s Tsunoda who’s most out-performed expectations this year, particularly given the fact it’s only his second year of racing in (predominantly) European competitions.

Given Prema’s domination of F3, it was little surprise to see two of their drivers in the hunt for the title at the final round, and one of them walking away with the silverware. Logan Sargeant had a strong mid-season but a disastrous title run-in saw him take just one top-20 finish from the last four races (a sixth place), scuppering his championship prospects.

His Prema team mate Oscar Piastri therefore clinched thee crown after a season which saw two wins and a lot of consistent points-gathering. But Sauber-backed Theo Pourchaire, who only turned 17 in August, marked himself out as a future star with a pair of wins plus five podiums over the final six races, which nearly denied Piastri the crown.

Which of these drivers do you think have shown they deserve to race in Formula 1? Pick as many as you like, and explain your choices in the comments.

Which feeder series drivers do you think deserve to race in F1?

46 comments on “Which feeder series drivers deserve an F1 chance?”