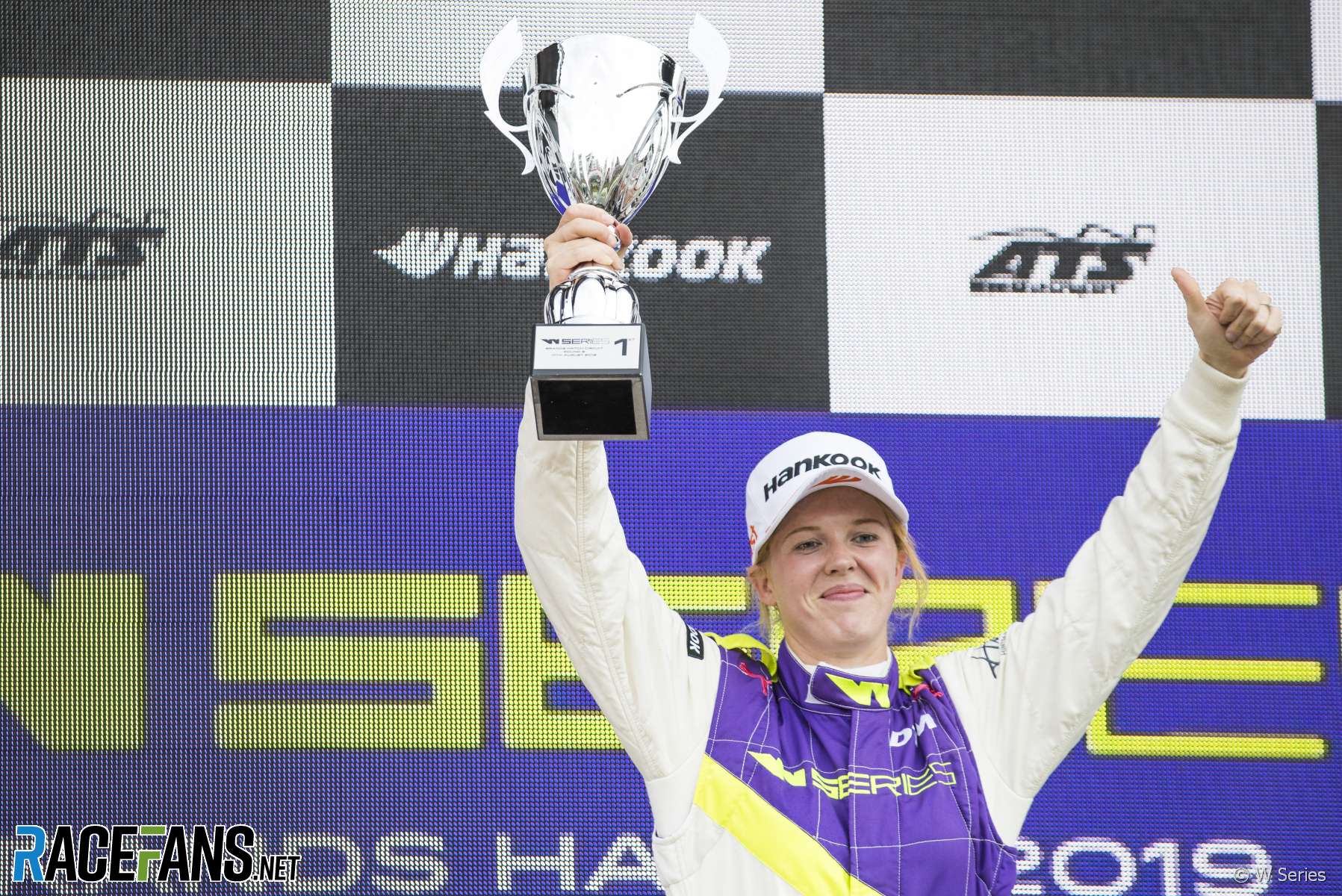 W Series, the junior formula for women racers which held its first and only championship last year, will hold events at more than a third of rounds on the 2021 F1 calendar.

Having crowned its inaugural champion Jamie Chadwick in 2019, W Series originally planned to appear alongside two F1 races this year in the USA and Mexico. However those rounds of the world championship, along with the entire W Series season, were cancelled due to the pandemic.

The championship now plans a much larger expansion of its roster of F1 support races for its second season in 2021. W Series will hold support events at eight of next year’s 23 grands prix.

The two championships are yet to confirm which races W Series will appear at. However the reorganisation of F1’s feeder series F2 and F3 leaves ample room for more support races at events. While the two will move from double to triple-header events in 2021, they will no longer appear at the same rounds next year.

W Series CEO Catherine Bond Muir said forming a partnership with Formula 1 had always been the “ultimate objective” of the championship. “There is no doubt that, now that W Series will be run alongside and in collaboration with Formula 1, our global reach, impact and influence will be increased significantly.

“Everything that made W Series so popular and successful in 2019 will remain. The cars will be identical, the racing will be close and competitive, and our mission will always be to further the interests and prospects of female racing drivers.

“We want W Series to entertain, and entertain it will. But we also want it to become a crucial default-option stepping stone for any female racing driver who wants to carve out a professional racing career, and our proximity to Formula 1 will help and enhance that process.”

Formula 1’s managing director of motorsport Ross Brawn said it was a “really important moment for us to welcome W Series as partners for eight races this season.

“They have been a beacon to many since they began racing in 2019. We believe it is incredibly important to give everyone the chance to reach the highest levels of our sport and their partnership with Formula 1 next season shows our determination and commitment to showcase their exciting series and the importance of building greater diversity across the sport.”