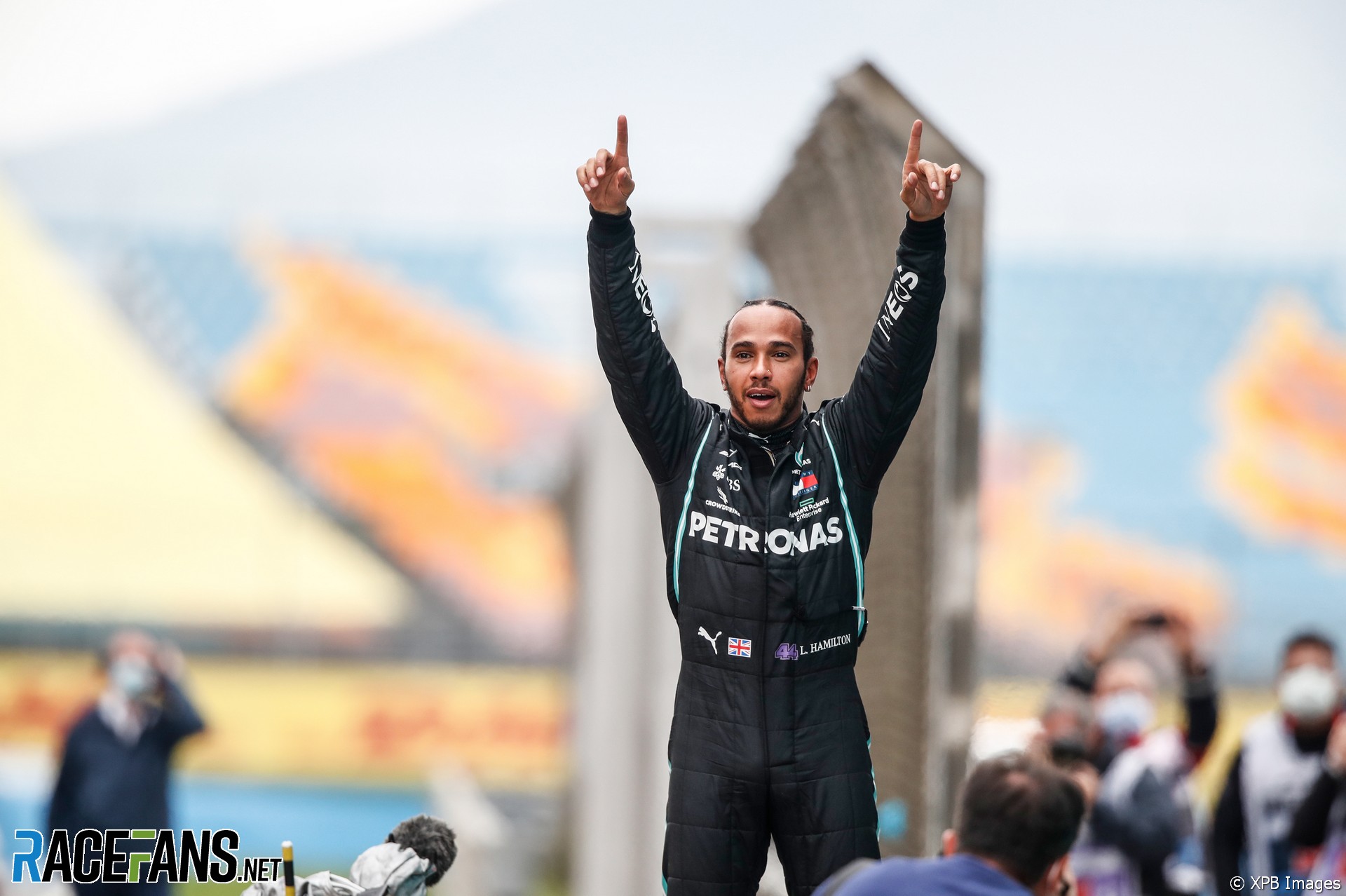 Lewis Hamilton has become world champion for the seventh time in his career with a stunning drive to victory in a rain-hit Turkish Grand Prix.

The Mercedes driver edged his way to the front of the field in a tense race on a treacherously slippery circuit, passing Sergio Perez for the lead, and going on to win by half a minute.

Perez had taken over the lead from team mate Lance Stroll, who ran at the front for much of the first half of the race. But the Racing Point driver began to struggle with his tyres as the track dried, and gave up the lead to make an extra pit stop.

Charles Leclerc attacked Perez for second place on the final lap but ran wide at turn 12. That not only allowed the Racing Point driver back into second, but handed the final podium place to Sebastian Vettel.

The Red Bull pair challenged for victory early in the race, but both dropped back after spins. Max Verstappen pirouetted while trying to pass Perez, and Albon did the same later on. Verstappen compounded his error with a second spin in the closing stages.

That allowed Carlos Sainz Jnr to grab second place ahead of the two Red Bulls. Lando Norris claimed eighth by passing Stroll, who never managed to get back up to speed after his extra pit stop. He came in ninth, while Daniel Ricciardo took the final point for Renault.

Valtteri Bottas’shopes of keeping Hamilton from the title faded quickly. He spun at the first corner when Esteban Ocon was knocked into a spin ahead of him, and went off several other times during the race. He was eventually lapped by his team mate and finished 14th.