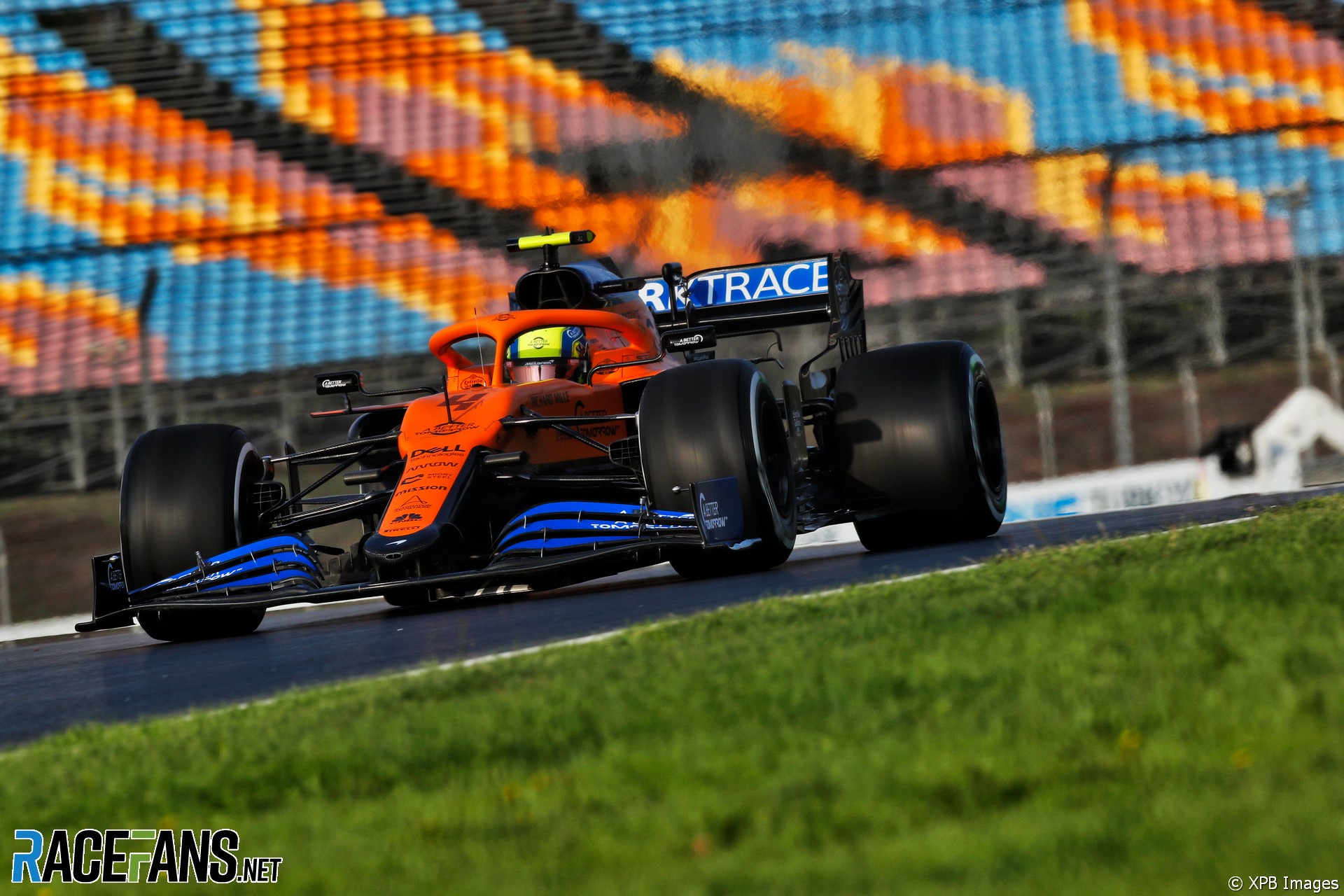 In the round-up: McLaren team principal Andreas Seidl says the team must keep up its strong reliability record this season to have a chance of winning the fight for third place in the constructors championship.

With three races to go McLaren are five points behind third-placed Racing Point in the constructors championship, 13 points ahead of Renault and 19 clear of Ferrari:

It’s important now on our side to focus on ourselves to see that we can still extract more performance out of the car, especially on Saturdays.

Also it’s important to keep the level of reliability up. So far we have really a great record on our side, on the team’s side this year not having a single DNF in qualifying in the races, which is a great step forward compared to previous years and shows that the team is putting in a lot of great work back home and here at the track.

Then it will be important to have clean race weekends, optimise the operation as well out here in terms of strategy, in terms of pit stops. And together with our two drivers us I think we can keep this battle alive and that’s what we will focus on.
Andreas Seidl

Bahrain gets 10 rainy days per year on average. But early forecasts for next week's race indicate a chance of precipitation.

Rain at last year's test at the desert track kept teams in their garages for several hours as none had brought wet weather tyres:https://t.co/CGqAJFGqs3

It's time to celebrate what makes us special (The Age)

"Grand prix organisers are hoping authorities will give the green light to a reconfigured Albert Park circuit that caters for crowds of up to 50,000 at the Formula 1 season-opener in Melbourne next March."

Max Chilton: "Lance (Stroll) is a young driver who has had a lot of stick for his father backing him all the way and I hope this will go some way to showing what talent he has."

Question for Department for Digital, Culture, Media and Sport (Hansard)

"To ask the Secretary of State for Digital, Culture, Media and Sport, if he will encourage UK motorsport organisations to make their participation in the Saudi Arabian grand prix contingent on the release of (a) Loujain al-Hathloul and other women human rights defenders and (b) Prince Mohammed bin Nayef, Prince Turki bin Abdullah and other political detainees."

Phil wants to see more F1 drivers speak out on the subject of human rights:

I think Hamilton is doing precisely the right thing. Hopefully he will be receiving some more vocal support from some of the other high-profile drivers. I have not heard much from anyone else.

I imagine some in the world of F1 do see the sport as being a force for change in countries like Saudi. Let’s not pretend though this is the reason they are going to Saudi. It’s mainly about money and it seems likely that they are paying Liberty a very large hosting fee and we know they are providing a lucrative ongoing sponsorship deal as well.

I took part in the F1 fan voice poll yesterday. At that time 63% of respondents had either a negative or very negative view of the idea of racing there. Only 19% saw it as positive or very positive.

It’s a bad decision and F1 should not be going there. I won’t be watching any of it.
Phil Norman (@Phil-f1-21)