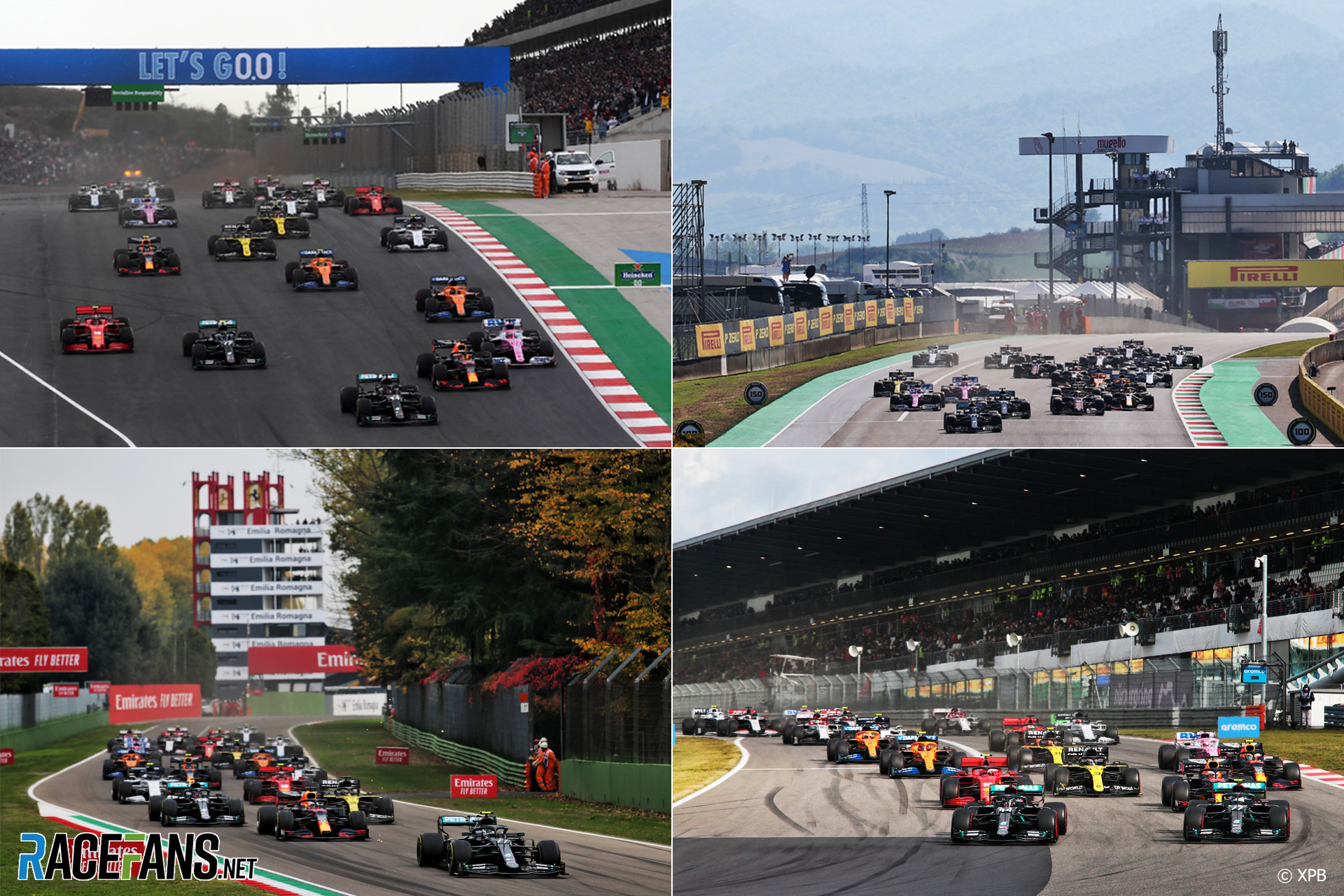 The draft 2021 F1 calendar was revealed last week and includes a record-breaking 23 races. But only 22 of the tracks which the world championship will visit next year were announced.

There is still an empty slot to fill on April 25th, in between the Chinese and Spanish rounds of the championship. So which venue should F1 choose for the race?

Among the possible options are the five venues which were added to this year’s calendar to replace events which were cancelled or postponed due to the pandemic. None of those new tracks feature on next year’s calendar, but one of them could yet find a way back.

Other venues to have held races in recent years feature in our shortlist of 10 possible grand prix locations listed below. And there’s one outlier: Vietnam’s new street circuit was supposed to hold its first race this year before the pandemic forced its cancellation. The Hanoi event does not feature on next year’s schedule and, as things stand, is not expected to.

Which of these 10 tracks would you most like to see fill in the ‘TBA’ slot in next year’s F1 calendar?

What kind of race might Hanoi produce when – or if – F1 finally goes there? Long flat-out sections in the first two sectors punctuated by sharp turns and tricky corner exits are clearly designed to engineer overtaking. The final sector is a somewhat perfunctory, Valencia-style ‘twisty bit’, though with some challenging blind corners.

The first of the five new tracks to join the F1 calendar this year. The Ferrari-owned circuit impressed, showcasing the awesome performance of current cars through its many high-speed corners. As well as those, drivers also raved about its punishing run-off areas.

There was no German round on the calendar this year until the pandemic, after which the Nurburgring stepped in to hold its first race since 2013. It may be no match for the neighbouring Nordschleife, which last held an F1 race over four decades ago, but by modern standards it’s a decent layout, and surely the more scenic of Germany’s two F1-grade venues.

Like Mugello, another all-new addition to the calendar. The recent resurfacing made for somewhat challenging grip levels (though Istanbul later put that into perspective). With its many changes of gradient and several unusually quick corners combinations, Algarve had much to commend it.

This long-time F1 venue, which returned to the calendar after a 14-year absence, might have produced a somewhat forgettable race had it not been for a late Safety Car period. The cars looked fantastic around Imola’s tight confines, however, and the changes to the circuit configuration since the championship’s last visit have clearly been for the better.

Last-minute resurfacing work meant F1 cars lapped around 10 seconds slower than expected in dry conditions at Istanbul. That dashed hopes of seeing the modern machines at the best around this track, and rain made its first race for nine years a crazy, error-strewn affair.

Both Germany’s tracks are compared unfavourably with their previous iterations. The Hockenheimring seems doomed to be forever regarded as no more than an abridged version of the fearsomely quick old circuit. But it has produced some memorable races, often due to tricky weather conditions.

The former home of the Malaysian Grand Prix is one of the better clean-sheet modern tracks. Sepang was resurfaced and reprofiled shortly before F1 left, which seemed to aid the racing. Heat and humidity always make for challenging racing conditions, and local thunderstorms have often enlivened proceedings.

This purpose-built facility with a somewhat derivative layout outside Mokpo held four races before vanishing from the calendar. The final sector was supposed to resemble a street track but the buildings never appeared. Local enthusiasm for the race was depressingly measured by the venue’s bins being left unemptied for a full year between the first two races.

Another all-new circuit built at significant cost for what proved a short-lived race: just three Indian Grands Prix were held. Since then Buddh’s surface has deteriorated markedly due to subsidence. The sweeping turns 10 and 11 at least distinguished its layout from other circuits built to the same formula of straights bookended by hairpins plus a box-ticking twisty section.

It’s a tough break for the Vietnam Grand Prix organisers to have gone to the huge expense of building a circuit without being able to hold their first race this year due to circumstances entirely beyond their control. Hopefully F1 gets to race in Hanoi eventually. That said, there are other tracks that interest me more.

I thought Algarve’s combination of corners and gradient made for a fascinating circuit. Unfortunately there were several many places where asphalt run-offs made the track limits too generous – the same problem I have with Istanbul. Though in both cases it would be fascinating to see what the passage of a year or so would do for their new surfaces.

Of the new tracks which joined the calendar this year the one I enjoyed most was Mugello. The layout is quite unlike anything else F1 has, with no corner slower than fourth gear and some tremendously fast bends.

If F1 were to return I doubt we’d see anything like as lively a race as this year. But as is always the case, this is far more down to the shortcomings of the cars than the track. Mugello is exactly the kind of demanding layout F1 needs more of.

Which track would you like to see fill the empty space on next year’s calendar? Cast your vote below and heavy your say in the comments.

Which venue should fill F1's empty race slot for 2021?

Join in our latest surveys and ongoing debates: