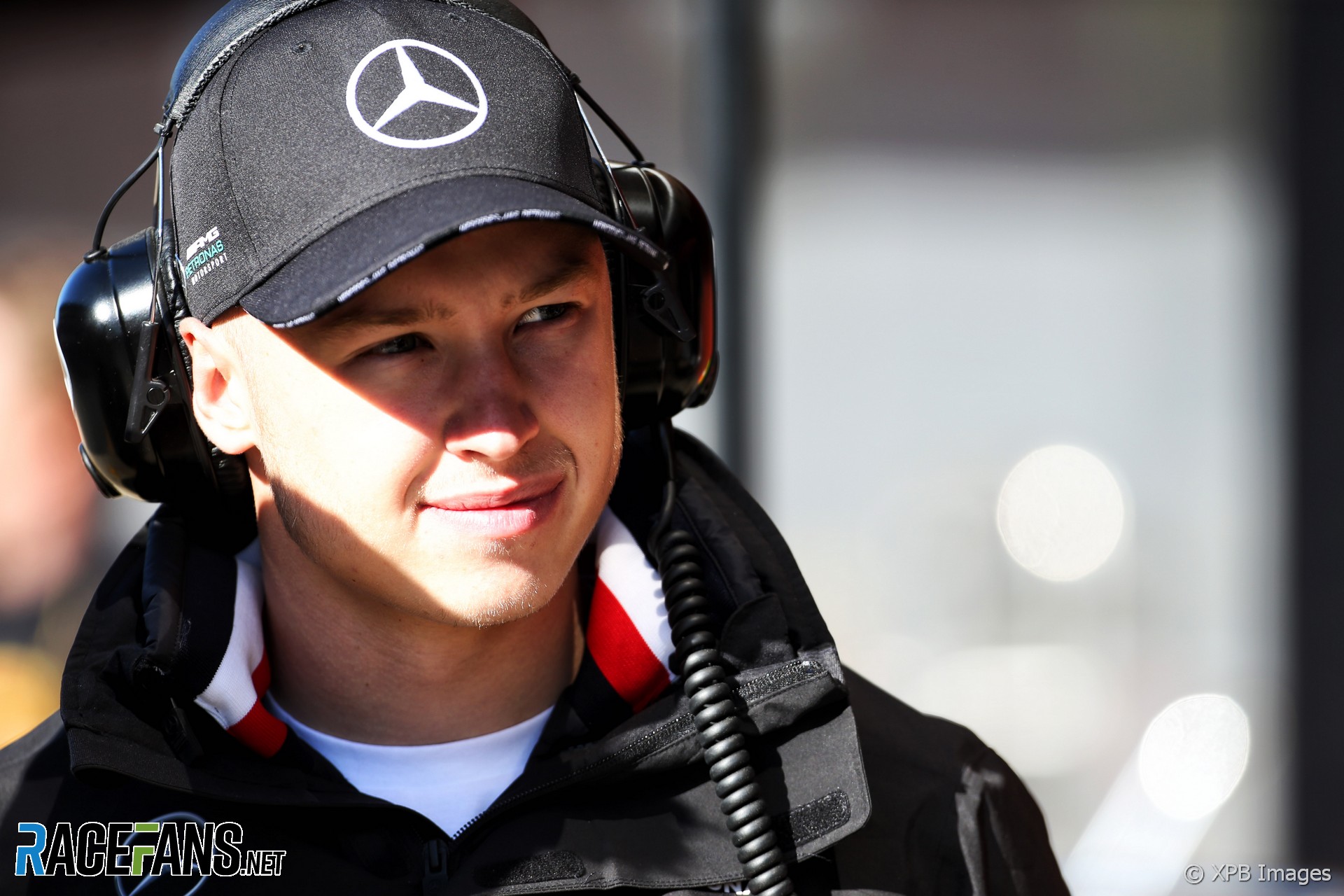 Mercedes team principal Toto Wolff says the team’s decision not to run Nikita Mazepin in next week’s test for young drivers has nothing to do with the recent controversy over his behaviour in a video posted on social media.

Haas, who Mazepin will drive for in the 2021 F1 season, described the video and its publication on his Instagram page as “abhorrent” and said the matter will be dealt with internally.

Mazepin drove for Mercedes in last year’s test for young drivers. He has had several further private test days in an older Mercedes and worked with their reserve driver Stoffel Vandoorne.

“We had an extensive testing programme with him throughout the year with a two-year-old car,” team principal Toto Wolff told Sky. However Mazepin will not drive for them in next week’s test for young drivers. The team confirmed today Vandoorne and Nyck de Vries will share the W11s.

“For the young driver test, we decided on the line-up over the last few days and providing the opportunity to Stoffel and Nyck is good,” Wolff explained. “They’re our works drivers in Formula E, they’ve done a super-solid job. And also with Stoffel not being in the car last week, it just made sense to put the two in the car.”

Wolff said the decision not to run Mazepin was “nothing to do with his actions” in the video. “The most important [thing] was to have some learning from the test.”

Mazepin refused to be drawn on the extent of his testing programme with Mercedes when asked about his F1 experience last week. “All the official times is all I’m going to be talking about,” he said, “so I believe [I’ve had] three outings for Force India and one outing for Mercedes F1.”

Working with Vandoorne had been “incredibly useful”, said Mazepin. “I’ve known him for quite a few years and I believe he’s one of the the best young drivers of his time, and obviously to be able to listen in on him is a very amazing opportunity.”