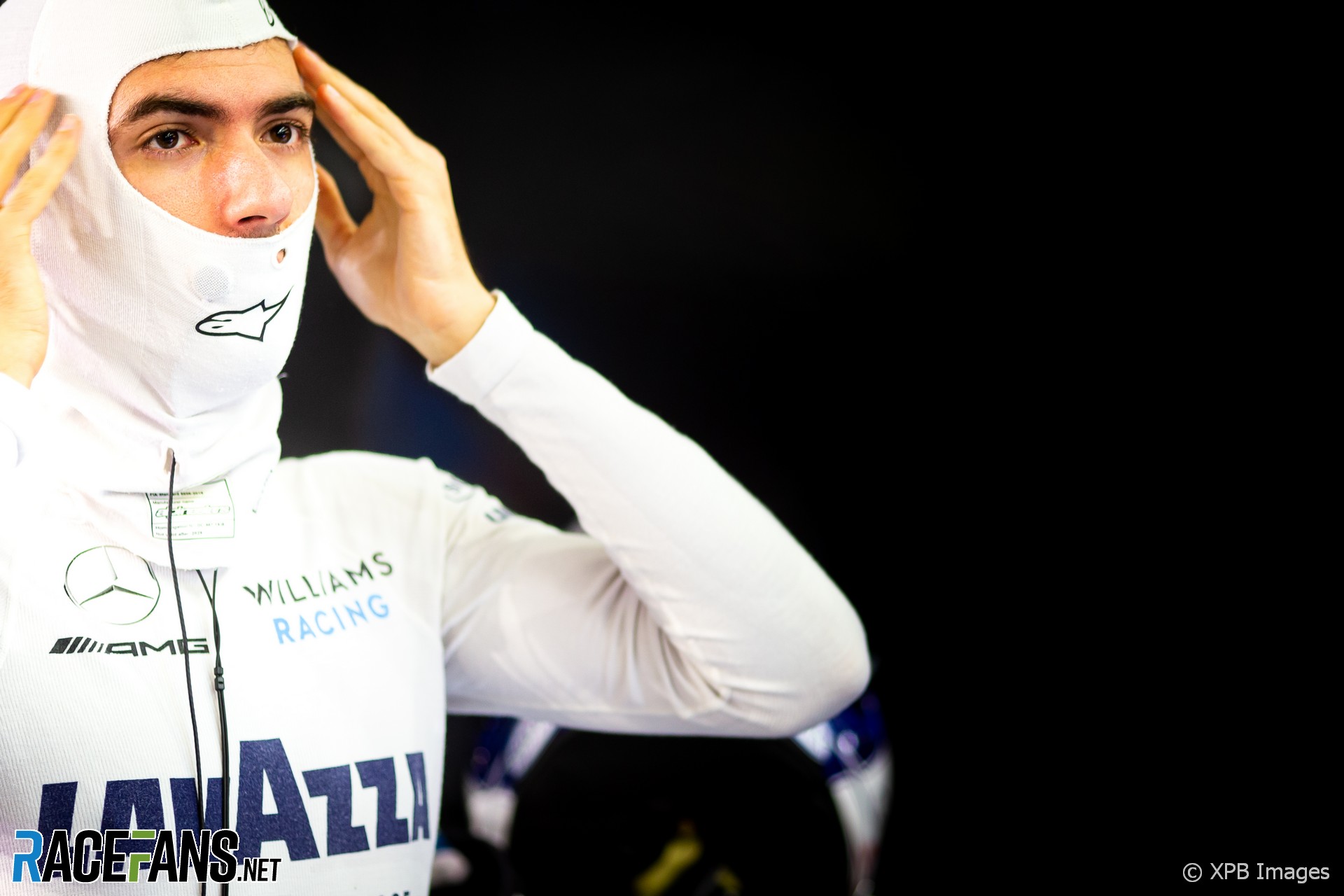 The 2020 F1 season was a particularly tough year to be a rookie.

With the calendar shortened by five races and compressed into less than half a year Nicholas Latifi, the only newcomer on the grid, had a lot less time than expected to develop. But, as ever, our driver rankings don’t take mitigating factors such as this into account.

Asked by RaceFans at the end of the season what areas of his game he most needs to improve, Latifi was quick to identify his one-lap pace. And it’s clear to see why.

He never out-qualified his regular team mate – George Russell, who had just a single season of F1 behind him – all year. While Russell was a regular in Q2, Latifi only got there once, in Hungary.

Latifi’s average deficit to his team mates across the dry qualifying sessions was the largest of any driver, at well over half a second. Note this figure only compares their lap times in like-for-like sessions (i.e. almost always Q1) as including Russell’s Q2 lap times would unrepresentatively flatter his performance compared to Latifi.

It’s hard to make the case that the rookie significantly narrowed the gap to his team mate as he gained more experience over the course of his first season. Latifi was almost nine-tenths of a second slower than Russell in Bahrain. At the next race Latifi had a different team mate, yet only managed to out-qualify debutant Jack Aitken by a whisker under a tenth of a second.

Latifi’s race performances were better. He seldom retired and generally steered clear of trouble. His trio of retirements were for a variety of reasons: A car failure put him out of the penultimate round; he caused a race-ending collision with Romain Grosjean at Istanbul; he was eliminated in the restart carnage at Mugello.

In much the same way Latifi’s three best results of the year – when he brought his car home one place outside the points – do not form a clear pattern which tend toward a single interpretation. On one of those occasions, at Imola, he can reasonably claim to have shown his team mate up, Russell having crashed during a Safety Car period. However in the season-opening race his team mate had been sidelined by a rare technical failure, and at Monza Latifi got lucky with the timing of the red flag.

Placing a driver last in the rankings tends to provoke the assumption they don’t belong in F1. That would be a harsh conclusion to draw based on Latifi’s capable race performances. But that gulf in performance on Saturdays must be reduced next year if he is to be thought of as a driver who is at Williams chiefly for any reason other than the sponsorship he brings.