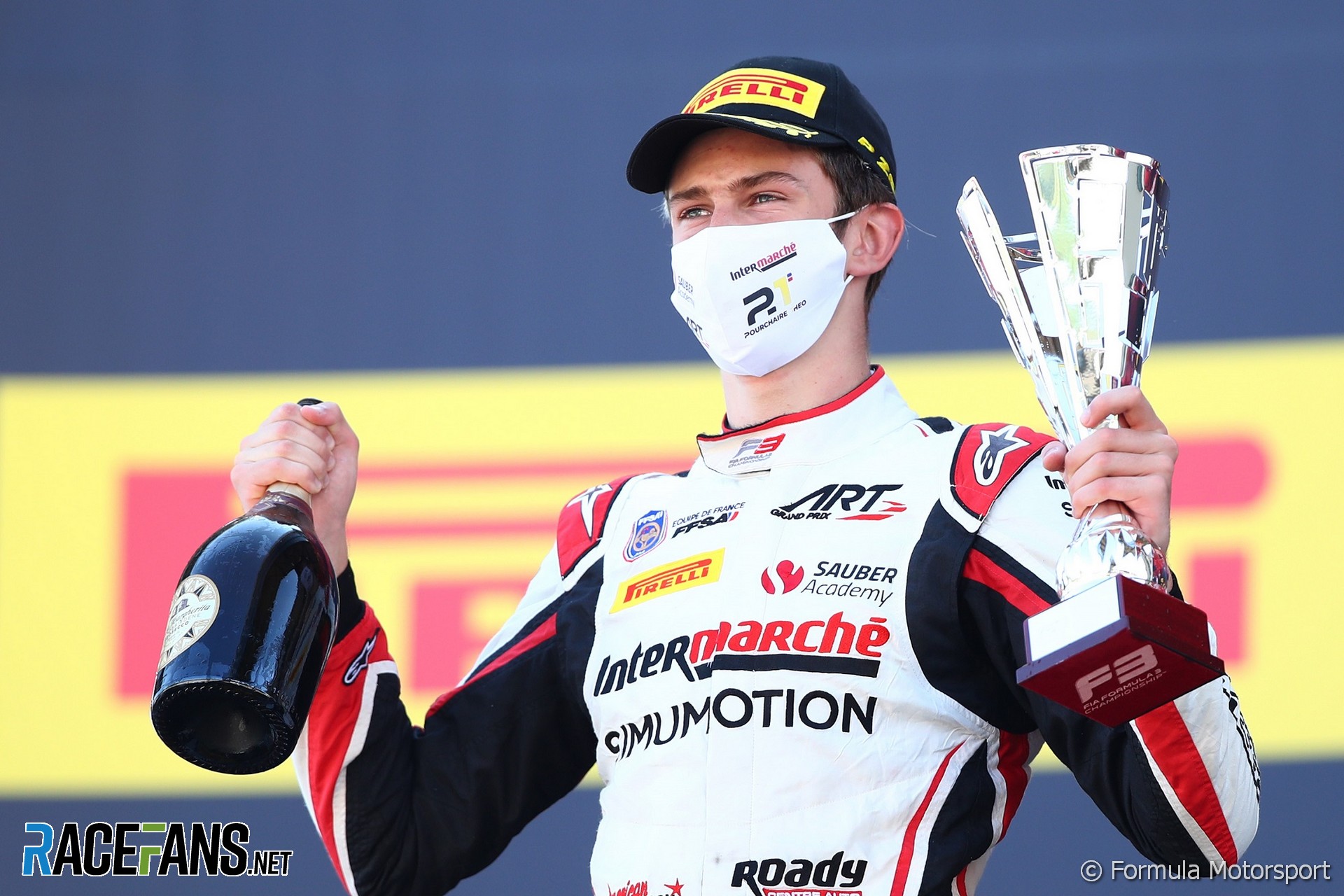 Highly-rated Sauber junior Theo Pourchaire will be a full-time Formula 2 driver this year as he graduates to the series with ART.

The 17-year-old remains at the team which took him to second place in Formula 3 last year, just three points behind Prema’s champion Oscar Piastri.

Pourchaire subsequently made his debut in F2 at the end of last season, starting the final four races of the series with HWA.

He graduated from karts to cars in 2018. After racing in the French Formula 4 series, Pourchaire joined Sauber’s young driver programme and won the German Formula 4 championship.

“Theo’s progress has been remarkable since his debut in motorsports,” said ART team principal Sebastien Philippe. “F4 champion in 2019, he ended last season as F3 runner-up.

“Beyond the final result, he impressed the team by his evolution in a delicate context and with an extremely competitive field. Theo had nothing to gain by doing a second season in F3 and his move to F2 is the logical next step of our collaboration. The step is high, but between his talent, his determination and his thirst for learning, I’m sure he can make this transition a success.”

Pourchaire said he feels “perfectly ready” to make the step up to Formula 2. “I will probably be the youngest driver in the F2 championship this year,” he said, “so the goal will be to gain as much experience as possible and to progress throughout the season.”

The identity of Pourchaire’s team mate is yet to be confirmed.

9 comments on “Pourchaire confirmed at ART for Formula 2 season”